When you can do it all, why not? 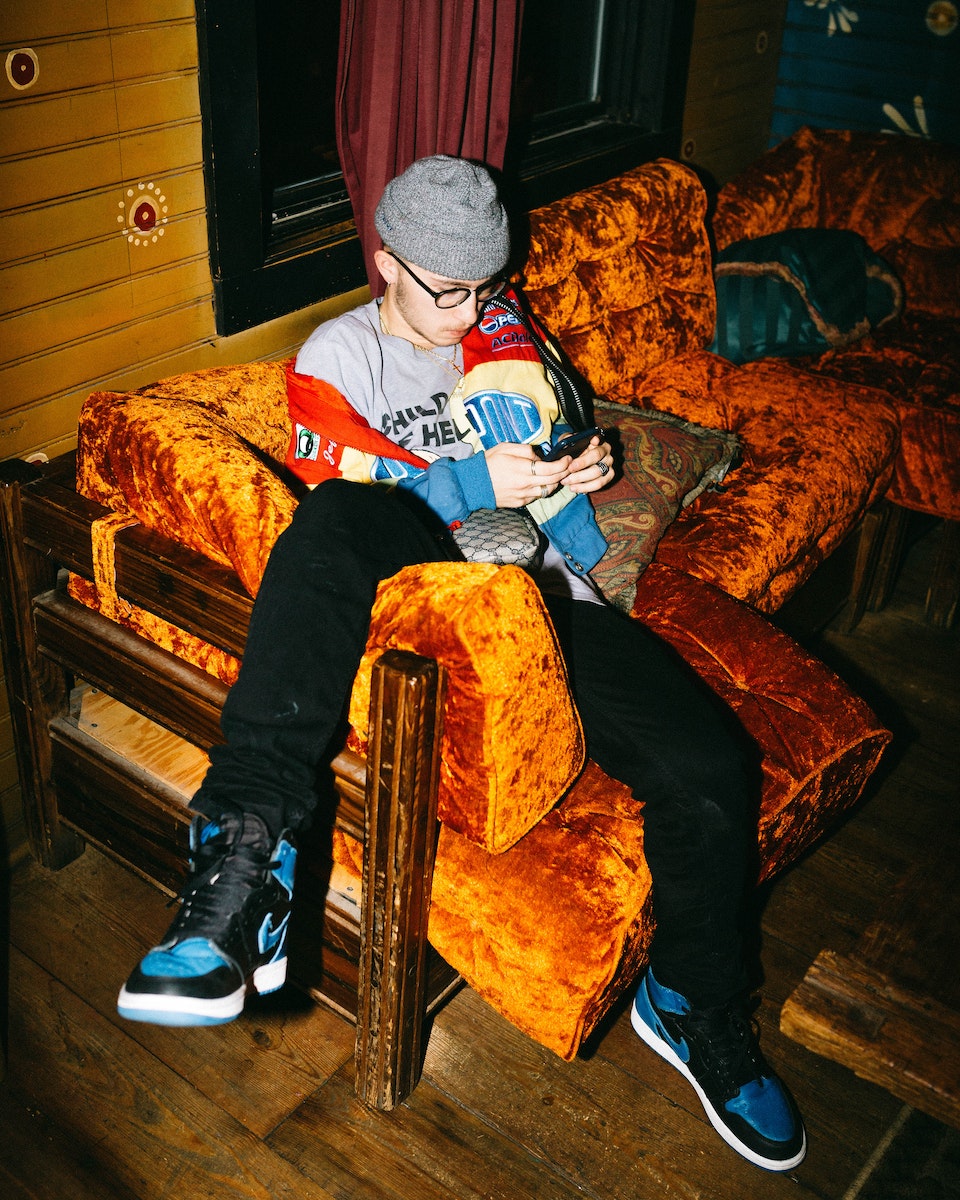 If you followed Lil Xan for the last month you most likely saw him post a video of his tour DJ ride a Bird scooter into a city river. The IG story post ended up on mainstream news outlets and people thought it was pretty funny. So the guy on the scooter was DJ Topgun. He skates, DJ’s, throws insane parties from coast to coast AND is the founder of a company by the name of Rage Club. We recently covered the release of Rage Clubs DJ Topgun directed skate video DIPPED. Today, we sat down for a casual Q&A with DJ Topgun himself, as we go over everything from the awkward high school days to life on tour and more.

Check out the Q&A below.

I’m just chillin. Got all these rage club orders organized, so I’ll go ship them out then probably just kick it at the skate shop for the day (One Up Skateshop)

Yea, right on… you work at One Up? Tell us a bit of the shop backstory and your relationship with them?

So, working at a skate shop is literally the sickest job ever, part of the reason I moved to Pittsburgh for real. The shop owner has done a lot for me & financially helped me when I first came out here broke as fuck haha.
Whenever I’m in Pittsburgh & not traveling for some music or skate shit I’m always at the shop

That’s awesome. Skateboarding has come such a long way. You seem to be at the forefront of bridging the gap between music and the skate scene these days. Would you say that happen naturally or has it been a personal mission of yours that’s taken serious conscious effort?

I’ve been skating since I was like, 5. So, I kinda look at it as me just being a skater that DJs haha. Skating & music has always gone hand & hand, but at first, it was like punk music & shit.  My generation came up listening to rap so it’s kinda transitioned into more of that.  Man, believe it or not, A LOT of rappers came up skating. Like, I was on tour recently w Lil Xan & he did a heelflip and I was like WTFFF. When Bagz was staying w me in Pittsburgh last year or whatever he did a kickflip shit was crazy. So it’s kinda just happened naturally on my part, but best believe I got BIG plans for some skate/music shit. I mean we already did a little Rage Club skate music tour w Freshie & Young Jasper.

Yeah, that’s crazy. It’s definitely more acceptable these days if a rapper is into skateboarding than say 10 years ago, wouldn’t you say? I remember being young and skating through the hood and being FLAMED. People would dog my shoes, dirty jeans, asked if Tony Hawk was my uncle… you know the drill haha… what’s changed? Is skateboarding finally mainstream and cool? Or is it just done being demonized and looked at like a thing for outcasts?

Yeah, bruh I was a fuckin weirdo as a kid for being a skater and now hoes think it’s “hot” I think it’s literally changed because of Odd Future & Tyler The Creator. People don’t realize that dude literally changed the fucking game! He opened the door for skating & rap. He made the shit cool. They were the first muthafuckas rocking supreme, fucking awesome, all that shit! And on the mainstream shit… it’s half & half on mainstream & underground (kinda like music). You got your contest / Instagram skaters & then you got your street skaters that will put fuckin work in in the streets but not too many people will know them because they aren’t popping on Instagram or killing contests which is honestly wack as fuck. But shoutout to the skaters that be doing both killing the contests & the streets like Evan Smith! 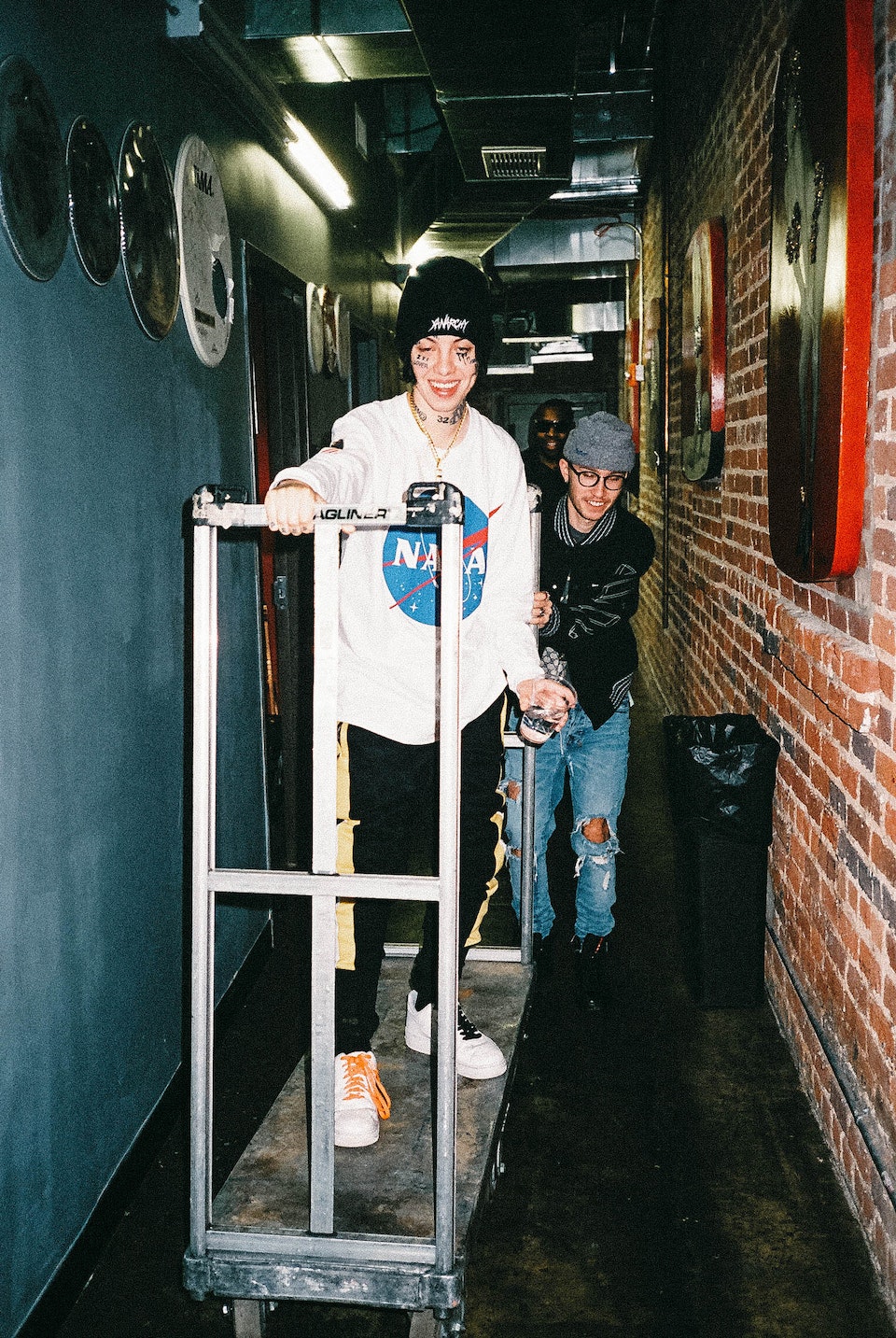 Crazy how the internet changed everything. Moving on, you mention Lil Xan. I’ve seen you all over his IG, some video content came out from you two, you said you were on tour with him? how did that relationship come about? How’d you end up being his DJ?

Yeah, Xan my brother! I met him a few years back thru $teven Cannon. I threw a show 2 years ago on New Years in Columbus and one of my skate homies told me to book Steve and I looked him up & was like damn this dude raw. The show was crazy as fuck I had $teven Cannon, Dretussin, and Terrance Escobar on it. I linked with Steve while I was in L.A. and met Xan, this was all before they blew up. I remember $teven being like “bro Xan is gonna be one of the biggest rappers in the game”. Man, look at those fools now both killing it! So, I’ve been close with them ever since. Every time I’d go to L.A. I’d kick it with them and while they were on tour they had the day off in Cleveland while I was in town too. I just partied with them and stayed the night with them cuz I don’t drink and drive 😉  I woke up and the tour manager was like “are you coming to the next show”?. I was like “hell yeah!” So I rushed home, packed my bags, and next thing you know Xan lets me DJ my own set on all the stops. Yo, shit was crazy! But I’m not his personal DJ, that’s my guy Kinfolk, I was just had my own set on the tour. While on tour we filmed a ghost hunting video in this haunted ass hotel. We stayed in Jeffrey Dahmer‘s room where he killed someone, shit was crazy haha Oh! I rode a bird into a city river for $50 while we were on tour & it got all over the news & shit.

Yo! I saw that! Did you get in any trouble for that shit?

Nawwwww I can’t go into detail about how I finessed the situation but just know I’m good & I got $50 haha.

Okay, say less. Hopefully, you got a shower immediately after exiting that river tho? Looked pretty gnarly.

Yea. Bro, we went right back to the hotel after and I showered, but the worst part about that situation is that I was terrible at getting my laundry done while I was on tour so I had no clean boxers that day. I had to free ball it at the show. 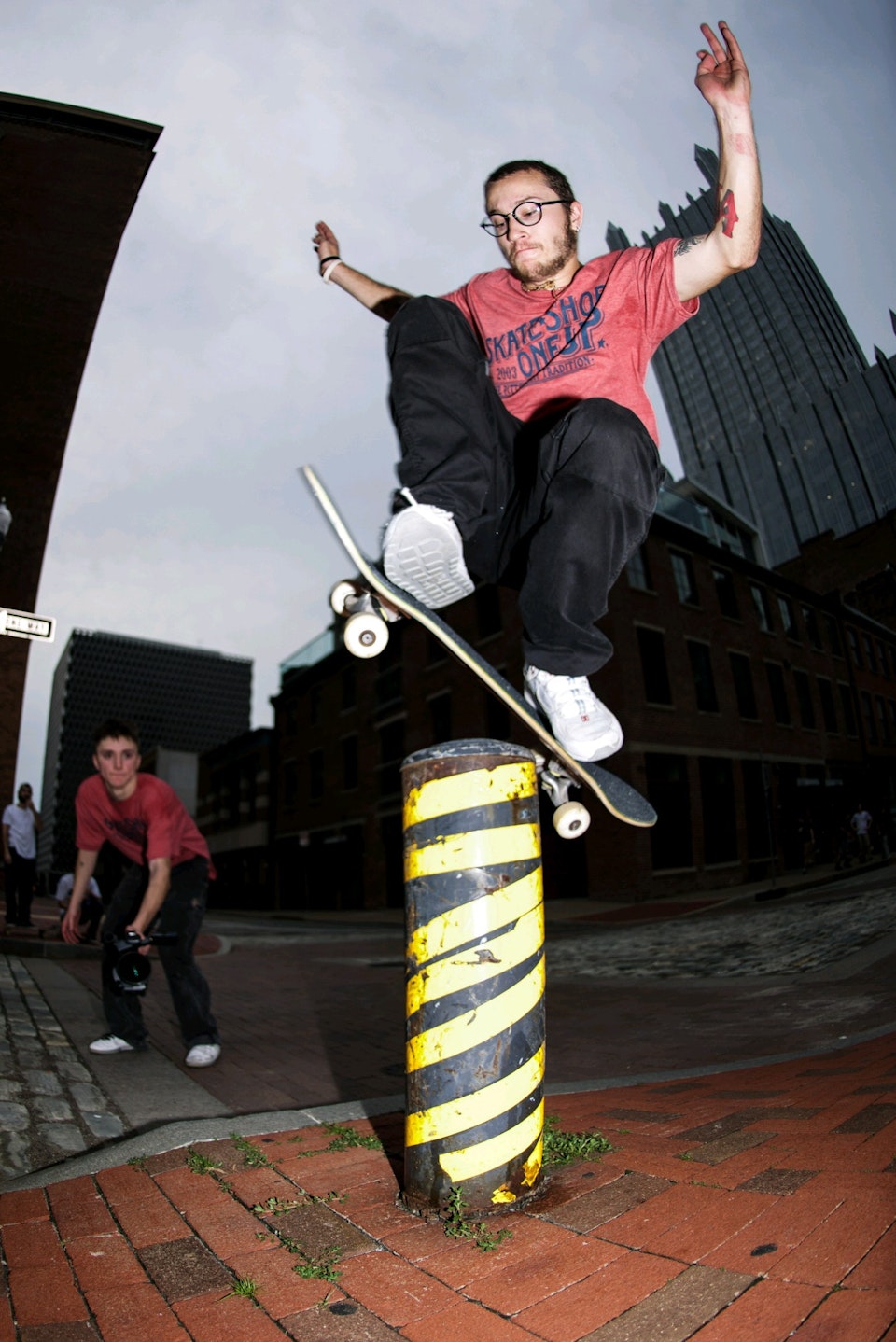 Epic. So gotta ask, what were the girls like on tour? After getting all that exposure on social media, on stage in a different city every night etc… did the DM’s get hectic?

Uh yeah, shoutout the ladies. My DM’s be outta pocket. I had to stop looking at my message requests for a while. There were some girls saying and sending some crazy shit in there. I was about to tell their parents yo! 😂😂
By the way, I’m dropping my debut DJ project soon tho hopefully we right back to touring! My fans support the fuck out of me shits crazy cuz I ain’t even on like that yet.

I’ve noticed that. Whenever I open my social network shit I see tons of engagement between you and your followers. They seem super active. Why do you think that is?

Dude, honestly I have no idea haha but they show hella love so I make sure I show love back
the fan pages be having me dead haha I don’t even know how they find some of the shit they post. 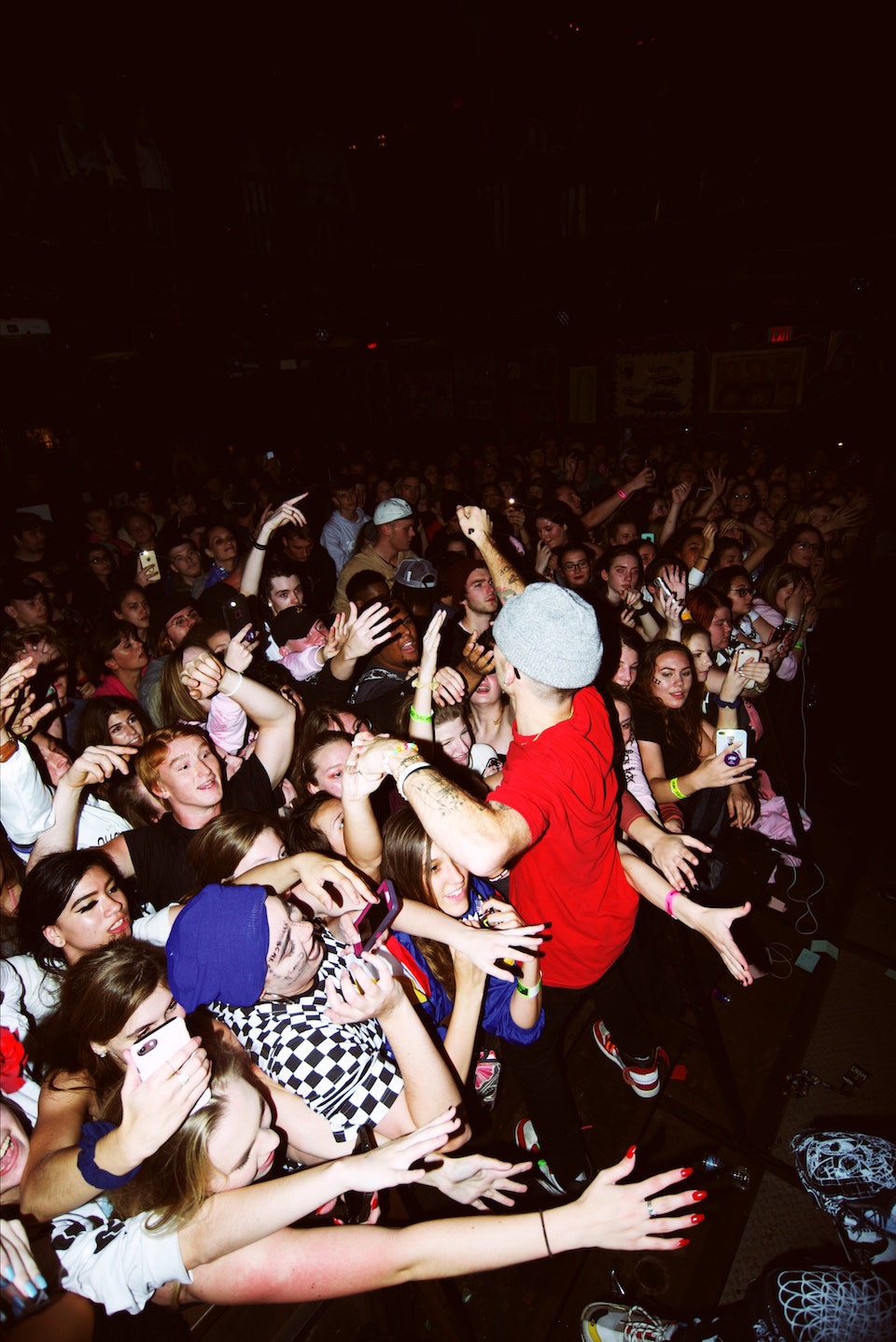 Facts. So, let me bring it back to your personal life. you are from Cleveland or Pittsburg?
what was growing up for you like?

Cleveland! It was cool. As I said, I grew up skating and I was the only fucking skater in my school so I literally had no friends all my skate homies went to other schools. S/o Cris, Jalen, & E-Sid one time tho, ha! I would try to fit in and it sucked. High school was for sure the low point of my life. Then I tried going to college was like “fuck this”. So I decided to just focused on skating and DJing. My parents and little l brother have always supported me. Trust me when I dropped out of college my life was lookin rough but I just kept grinding to get to where I’m at now! I own a skate brand called “Rage Club” which is doing really well, & as you can see DJing has been working out for me too.

Fuck yeah man that’s all very inspiring. Ya, tell me more about rage club. For all the kids out there with dreams of starting a brand, or that have one and are struggling to bring it to market…. share your experience and drop some knowledge on how have you managed to do all of this with no funding and get such a great response.

The most important thing is marketing, literally, if you just properly market your brand it will succeed. I put together an amazing team of skaters on the come up and gave out some merch to some artists such as Lil Xan, Mac Miller (Rest In Peace), Tobi Lou, Freshie, 55Bagz, Terrance Escobar, Foreign Jay (who just wore a rage club tee in one of his new videos), and many more. You just gotta study how and what makes your clothes sell then just go from there. I truly support each and every person who has copped any rage club gear though that shit means a lot. 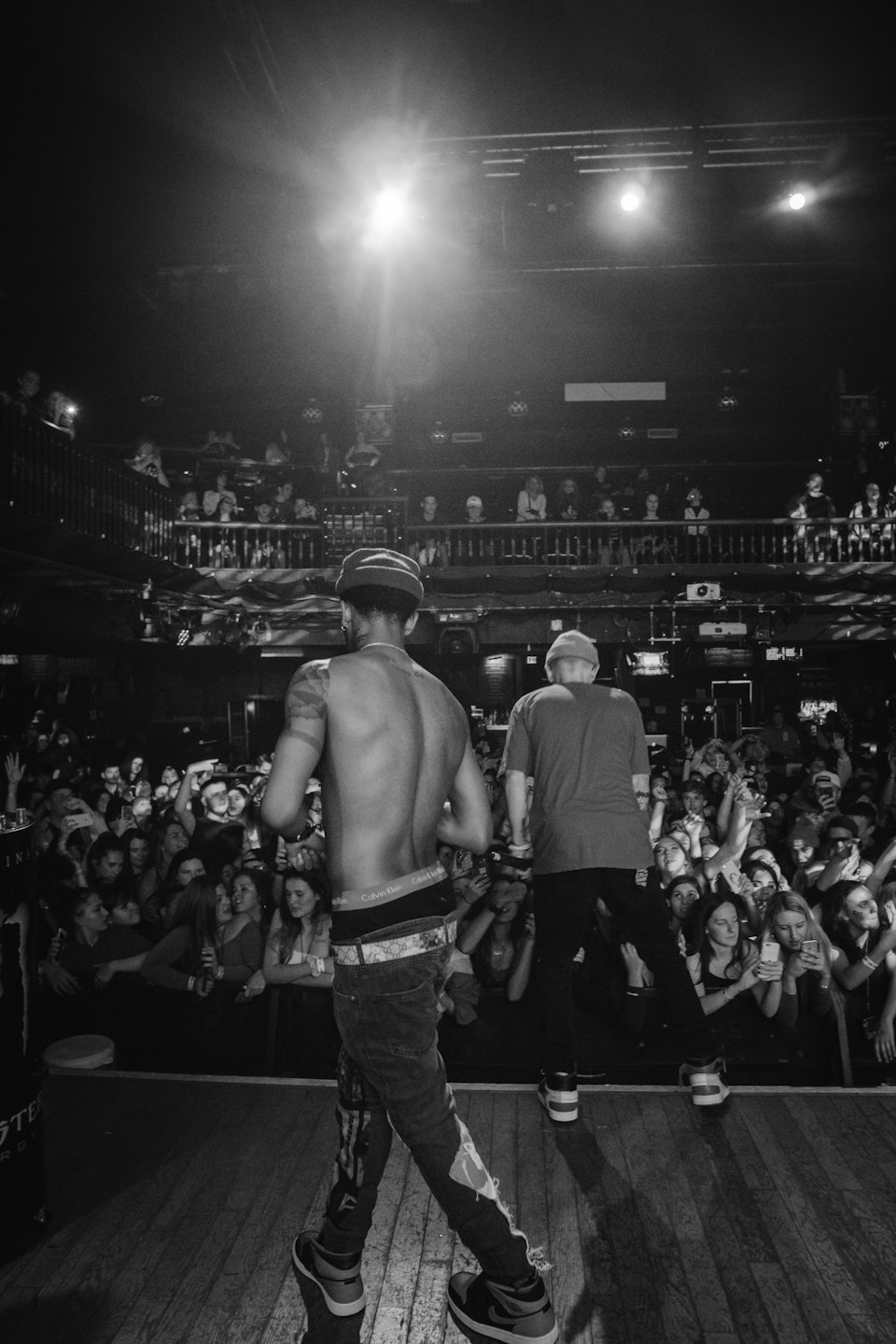 Congrats on all that. You just named so dope up and coming artists. Care to list off some of your favorite guys? People you would suggest checking out?

Yeah for sure. Obviously, on some Cleveland shit, Freshie, 55Bagz, Foreign Jay and some others are Terrance Escobar, Steven Moses, Young Jasper, Tobi Lou, Choo Jackson, and Big Baby Scumbag.

Wow, I love all those guys. My list would look similar. you got me hip to Terrance, and choo… good looks lol

Where do you see yourself in a year? What about in 10 years?

A year from now I’ll be doing the same shit w the same people just on a bigger level. In 10 years I’ll be at the Rage Club warehouse in LA with the squad still getting hella fortnite dubs.

Last tattoo you got?

Buttcheeks on my leg.

That’s the best answer I’ve ever gotten for that question hands down. Oh man, you know I had been meaning to ask what your thoughts were on the Mid 90’s movie that came out recently

Dude that movie is so sick, reminds me of myself growing up. But I’m boys with Nakel & a lot of the other skaters in it so it was sick to see.

Yeah, same. I love it. Think Jonah deserves his props. Aight, well I think we crushed it.

Facts! Thank you, bro! I appreciate it! Ima still try and pop out there after L.A.!

Fuckin right. Got to. Keep doing your thing, my man. It’s fun to watch. 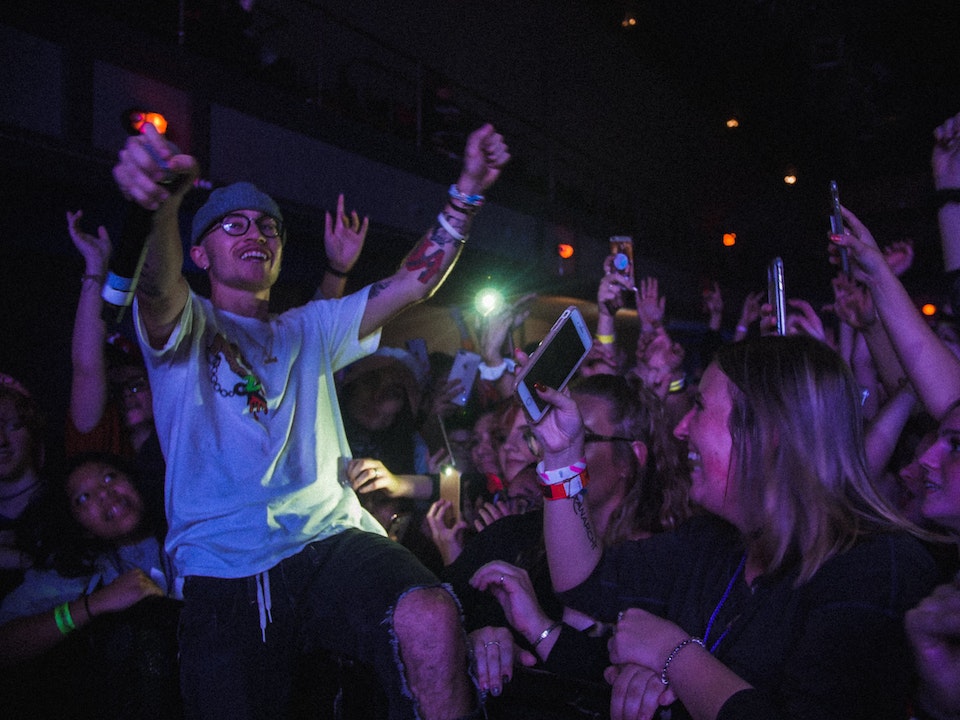