Ace’s existence is a testament to his determination despite insurmountable odds. 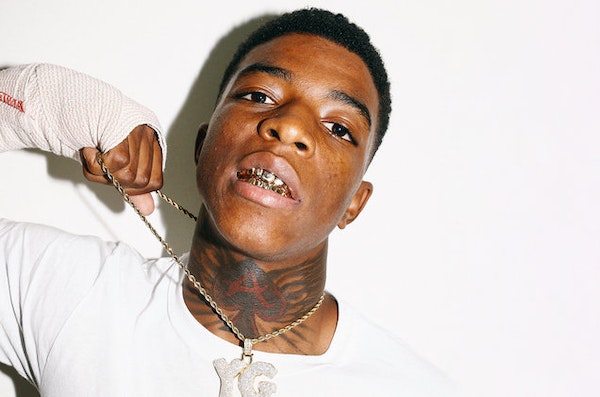 There’s an old saying that all crimes can be considered theft. Unfortunately for Jacksonville-native and rising star Yungeen Ace, he’s experienced more pain and theft in his last few months than many of us will encounter in our lifetimes. In June, Ace was the sole survivor of a quadruple-shooting that robbed three young men, including his own brother, of their lives following a birthday celebration at a nearby restaurant. Ace was shot eight times according to reports.

Following the shooting, Ace was treated at a nearby Jacksonville hospital for his injuries, where he admits doctors and nurses alike warned him that he was unlikely to live another day. Following his release from the hospital, he was taken into police custody for an unrelated parole violation. While in custody, Ace was robbed of his signature hair-style, but more importantly, the opportunity to see his brothers one last time at their respective funerals.

Ace stills carries the scars from that day with him. While some saw his injured hand, all fans could feel his sincerity on his newest release “Life of Betrayal.” The pain in his voice is felt in every bar, chorus and melody throughout. Ace admits that the shooting, the first he’s ever experienced, has changed his life forever. In his first public interview since the incident, Ace and I discussed his music as a form of self-therapy, his studio rules and the generational gap in music. 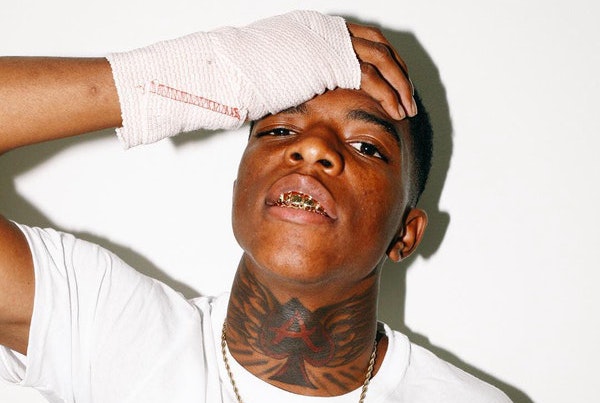 First things first, tell me a bit about how you got started and how that lead to today?

I first got motivated from watching my uncles. Being a star always has been my dream though. Anything I put my mind to I really go for and give it my all, so I’ve just been working 100% every day until I’m a star, nothing less.

The first single of your new project ‘Life of Betrayal’ is called “Jungle,” and talks about surviving those day-to-day obstacles. What does that song mean to you?

What motivates you the most despite these obstacles?

Right now, my brothers. At this moment, I’m doing everything for them.

Just the way some people speak down on the youth. Like myself, I was too young to go through all this pain. It’s easy to misunderstand something from a distance you know? If you haven’t lived it, you shouldn’t be speaking on it.

Have you heard yourself on the radio yet?

I don’t even really listen to the radio, I got the aux cord with me. I’m pretty sure I’m finna be on there soon, but I don’t think it’s happened yet. Coming soon though.

We’re about half-way through 2018, what’s something you’re already tired of seeing?

Goals for the rest of the year?

I want to be bigger than what I am now. I don’t want to be in the same spot next year. So I wake up every morning and try to elevate myself. I don’t even like other artists music that much, but I want to do a couple songs with some OG’s like Boosie, Kevin Gates, artists like that I’ve always looked up to.

We know you’ve been busy with all this music. What are some Ace studio rules?

It kinda changed. I used to bring a bunch of people to the studio with me to record, but I don’t even like people around me like that anymore. I tend to distance myself from everyone when I’m about to hit the studio. I need my engineer to be one-hundred with me though, if you hear something that sound off tell me, don’t just throw it on the track. That’s that fake-love I be talking about, don’t do that. I always test every engineer I work with. I’ll throw some bullshit on there and see if they’re going to catch it and tell me. I need an engineer that’s going to make me go even harder.

You talked about it a bit earlier, being someone so young that’s already gone through so much, is music a form of self-therapy for you?

Exactly. Exactly. Exactly. That’s exactly what it is. People around me have tried to get me to go to therapy before, like nah I already got my damn therapy. Music how I’ve been expressing myself my whole life. I never had anybody to vent to or call on, I put it in my songs. You can hear it in my voice. That’s real. You the first person to ever ask me that. Real shit.

What is some of the best advice you’ve gotten lately?

A lot of people been given me advice and I take all of it in. I just try to appreciate the little stuff. Best advice for me right now is just to keep doing it for my brothers. There’s a reason I’m here, they say I’m blessed. Some say I’m a walking miracle, so I’ve got to treat every day like that. NBA Youngboy told me once that once you got the power you can’t hold shit back.

You said yourself some people call you a walking miracle, has the situation you survived changed your perspective on anything?

That incident changed my whole life. The doctors and the nurses told me I wasn’t going to live. Because I’m so small they didn’t think I was going to make it. It changed my whole life though. I look at everything differently now. That was my first time getting shot and I got shot eight times. It really was ten actually, I got grazed twice on my back. It changed my perspective, my life and my music. I’m not holding anything back in the booth. You’re going feel me on every song.

It felt like you were the victim of not only this terrible incident but also victimized by law enforcement involved.

Yeah, they took me straight to jail after I got released from the hospital. I didn’t get to make it to any of my brothers’ funerals. You know how that shit made me feel? I didn’t get a chance to see them one last time. They took that from me. I think I’m targeted or something, they always mess with me. You know how they used to tell you don’t judge a book by its cover, they tend to do that a lot with myself and people that look like me. 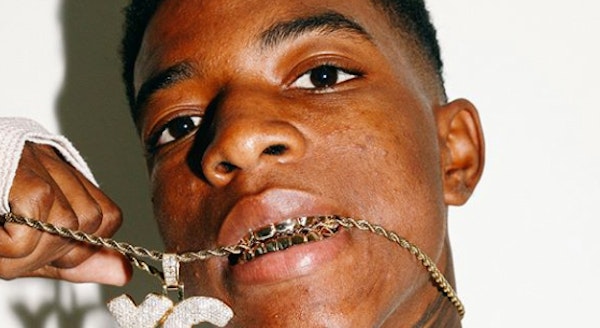 Ace’s music and existence is a testament to his determination despite insurmountable odds. His latest project, Life of Betrayal is a haunting account of a young man betrayed by fate.  Ace, however, remains determined to win one day at a time and deal with obstacles, new and old, the only way he knows how. His music. If you’re a fan of storytelling there are few more impressive than Ace.

His story may not mirror yours, but like Ace says you shouldn’t judge a book by its cover. What you should do, however, is judge Life of Betrayal by playing it from cover to cover at your earliest convenience then thank us later. He’s a walking miracle after all and his latest release is a masterclass in shinning despite your misfortune. Take notes. There aren’t many people that can say they beat death. Ace is one of those select few. After such an experience, how scary can the charts be? Luckily for Ace, I don’t think it’ll be too long before he finds himself with a plaque or three. His future looks almost as bright as his newest chain.

Next: Meet 17-year-old Bernard Jabs and watch his video debut for “Wesson.”