“Kowabunga, surf’s up, all this water in my chain!” 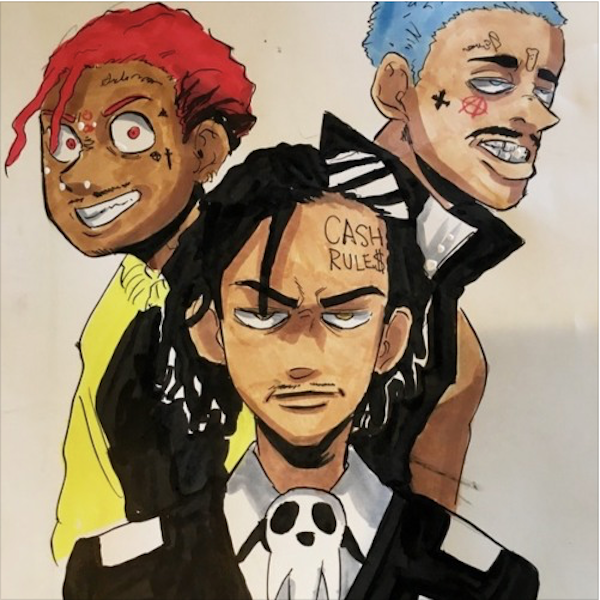 Bans offered a mesmerizing hook with his usual cleverness, and Uzi was able to come in seamlessly for his verse. Tracy then offered his trademark soulful autotune to bring the song to a close. These are some of the most talented artists in the rap game and I am eager to see what other star-studded collaborations are waiting to be released in the near future.

It is amazing to see three artists who were labeled “Soundcloud rappers” and thought to be merely a fad have developed into bona-fide legends in the making. Go enjoy the fruits of three wildly talented artists’ labor.