Yung Bans has just unveiled a hallmark album titled Misunderstood, as the title of the project is homage to his persona as an entirety. The 19 track album is nothing short of star studded as it incorporates not only the incarcerated 03 Greedo and YNW Melly on separate features but also the late XXXTENTACION as his legacy still has a profound effect. Other other modern Hip-Hop icons Future, Young Thug, and Lil Durk are just a few other big names worth mentioning on this elite project. Bans has effectively glided over all of the diverse instrumentals provided by a mix of some of the best producers in the game. Nick Mira and Take a Day Trip are reoccurring sounds while Kenny Beats, Murda Beatz, and Maaly Raw all have important contributions as well.

Bans has always had a distinctive cadence which dates back to his first song with an appealing counter-part in Playboi Carti back in 2015. He has been able to nurture his unique presence on the track over the years as he has pushed out more and more content which he was awfully consistent of. Finally all of the hype is peaking for his fan base as his masterful first full-length project has been delivered. Yung Bans is here to stay so I suggest checking out Misunderstood as it paints how bright of a future he should have. 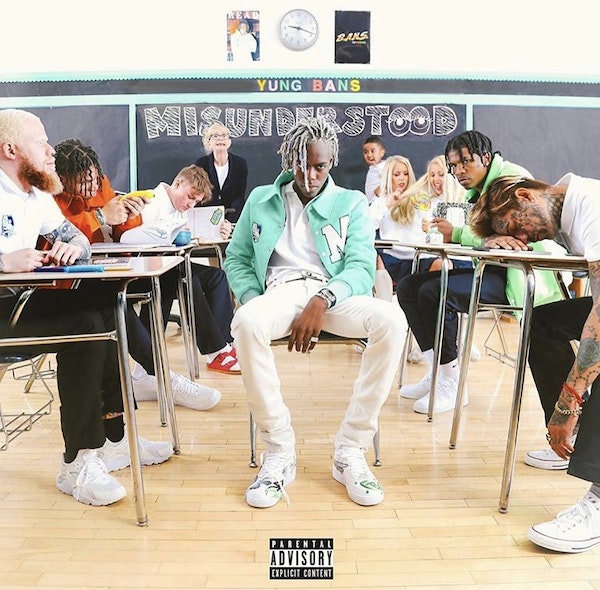