The 15 year old from Cleveland is rising fast. 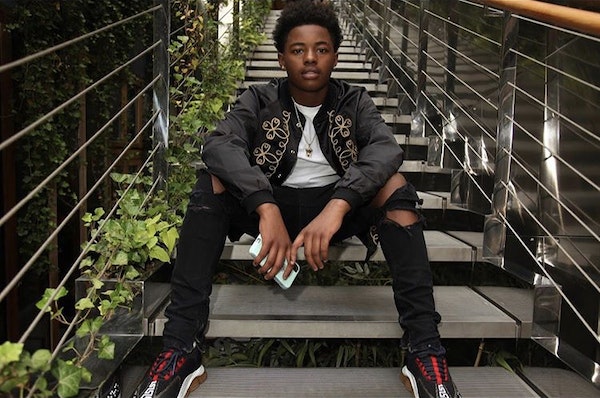 YSN Flow returns with another heater and it’s titled, “Want Beef? 2.0” as the second rendition of his hit single that put him on the map, “Want Beef?”. Since his last music video release of “Shoes Tied”, YSN has gone on to multiple record labels to showcase his abilities. This was all occurring at the beginning of June just as “Want Beef” was surpassing a mil, it now sits at just over five and a half million views on YouTube in this three-month timeframe. YSN went on to be invited to the popular YouTube channel, Genius, where he dissected the single and reached further audiences. Then, at the end of the month, NLE Choppa brought Flow out at the Lyrical Lemonade Summer Smash which undeniably is a great co-sign.

“Want Beef? 2.0” is produced by WoodPecker and Dovgh and they provide an ideal instrumental for YSN to lay his infectious rhymes over. Maintaining the same catchy cadence as “Want Beef?”, YSN knows how to create a banger of a track and it is more than impressive considering he is still 15 years old and inevitably going up. The video is captured by Nick Spoljaric as he once again highlights YSN and his crew turning up at a nice house while showing off their money and lifestyle as a whole.