Yesterday was officially Killer Mike day in the city of Atlanta

A deserving honor for the legendary emcee. 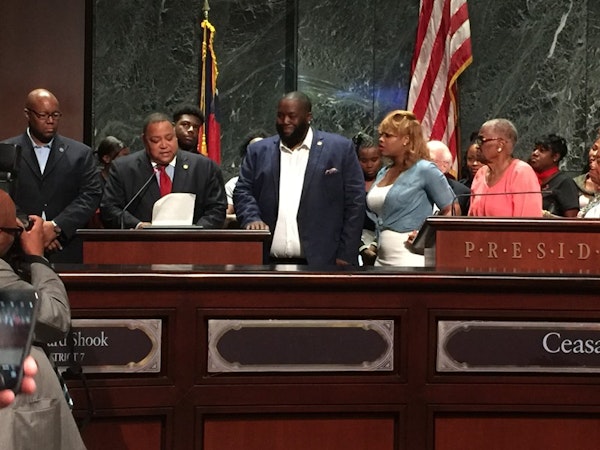 On Monday, the city council of Atlanta officially named July 17th, 2017 Killer Mike Day in celebration of his countless contributions to the city. Citing his entrepreneurial efforts and representation of ATL during countless television appearances as reason for the proclamation, city councilman Andre Dickens expressed his gratitude by telling the Run The Jewels member “I respect you in so many ways, you represent the ATL well.”

Senator Vincent Fort added “I appreciate this brother because he inspires so many people,” further expressing the love Atlanta has for one of their most socially responsible citizens.