The best TinyDesk yet?

Chance The Rapper is probably the only rapper that can hit up NPR ‘outta the blue for an impromptu concert at their TinyDesk. The famed series has featured some of music’s hottest talent and recently added the independent Chicago emcee to their long list of guests.

It looks as if Chano’s appearance was truly a surprise, as video surfaced of NPR employees scrambling to find a seat after the show was announced via intercom. Thanks to the powers of Twitter, we’re also informed that the Acid Rapper was sure to bond with employees and even snuck a few donuts off a desk.

Though video of the performance hasn’t been released (it’s set to hit the internet within the next weeks according to @TinyDesk), rumors are circulating that Chance penned three songs including a Stevie Wonder cover.

Stay tuned for Chance The Rapper’s TinyDesk concert, scroll down for videos and be sure to check out the rapper at Firefly and Lollapalooza in the coming weeks.

The @NPR stairwell when they announce the Chance the Rapper #tinydesk concert. #nprlife pic.twitter.com/Z5OKBMhY2S 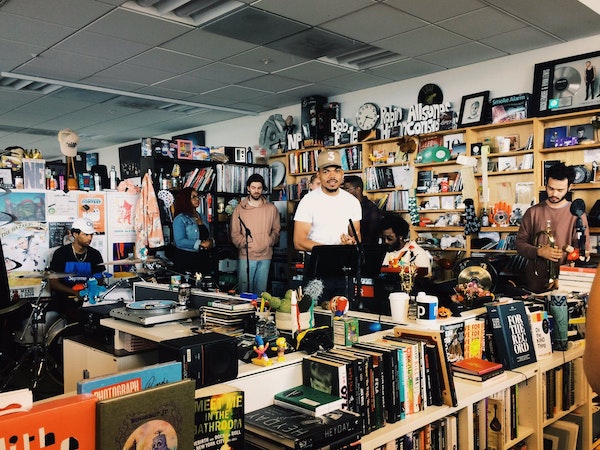