His electric flow and mind-blowing rhyme schemes will impress fans of all ages. 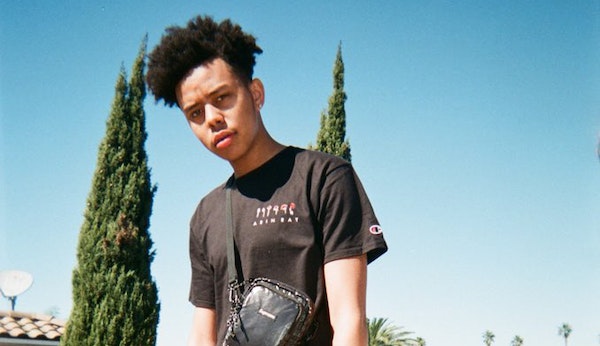 Often categorized as rebellious and ignorant to their predecessors, the so-called “new generation of hip-hop” has been defined by onlookers as a group of mumbling, tattooed children with no care for lyrical content. These stereotypes perfectly describe a few prominent up-and-coming emcees, but prove to be false accusations in relation to the majority. Despite the lack of conscious lyrical content in modern rap music, unique elements of melody and energy have been added to the mix in ways that had never been done before. Old heads won’t admit it, but the new generation has spread their reign over a large percentage of the youth and continues to dominate both the underground and mainstream markets.

YBN Cordae is a complete anomaly to the aforementioned stereotypes, as he looks to build a bridge between the generational gap in hip-hop. The teenaged Maryland native is associated with Nahmir and Almighty Jay, both of whom also tend to sway in-between the spectrum when it comes to being “old-school” and “new-school”.

Cordae first unleashed his fury to the masses on a remix to Eminem’s iconic single “My Name Is,” on which he displays his traditional rapping talents without dissing those in another lane. “I’m a rap fanatic who rap fantastic without the platinum status,” he raps. “Why I’m blastin’ the maddest ’cause most of these cats is average.”

The video for “My Name Is” has racked up over 2.5 million views in under two weeks, proving that lyrics still do and always will have a place in modern rap.

Fast forward a few days, and Cordae unloaded a remix to J. Cole’s controversial single “1985.” This drop gained even more traction than the last, with views reaching 3+ million in only six days. He attempts to de-bunk the generational gap himself on the track by rapping, “Let’s take it back when hip hop originated. Old n***as said it was wack, they couldn’t take it. Called it a little trend, said it wouldn’t last. Now it’s the number one genre as the time passed.”

Equipped with an electric flow and rhyme schemes that’ll make your eyes roll backward, YBN Cordae is bridging the generational gap in hip-hop.