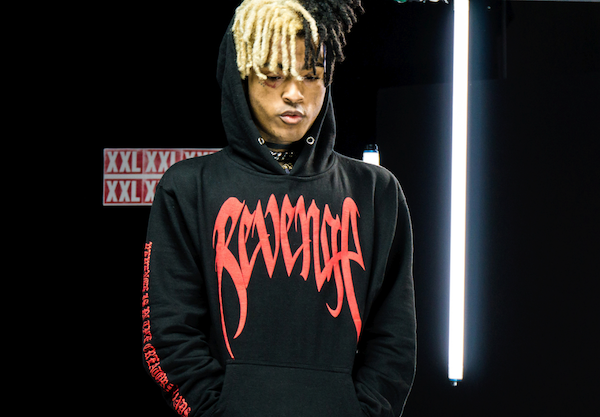 XXXTentacion broke onto the scene with his massive hit “Look At Me!” and has been generating a ton of buzz ever since. Today, the Broward County rapper took to Instagram to unveil the official title and release date for his forthcoming, debut album.

In a series of captioned uploads, X announced “17 the album, August 25th,” adding in another post, “It’s my first body of work, first official album release, and the first time I’ve put my all into a project, I mean it when I say this project is absolutely amazing.” If you’re looking for high-spirited bangers, go need to go elsewhere, as X also stated “If you listen to me to get hype or to not think, don’t buy this album, this one is for the depression, for the depressed ones, for the lost ones.”

Check back on August 25th for the full project, and read the posts below directly from XXXTentacion himself. 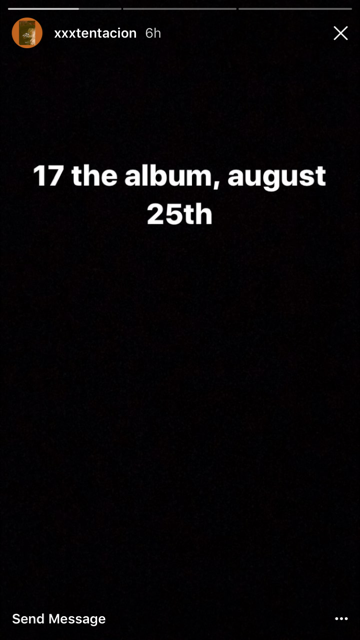 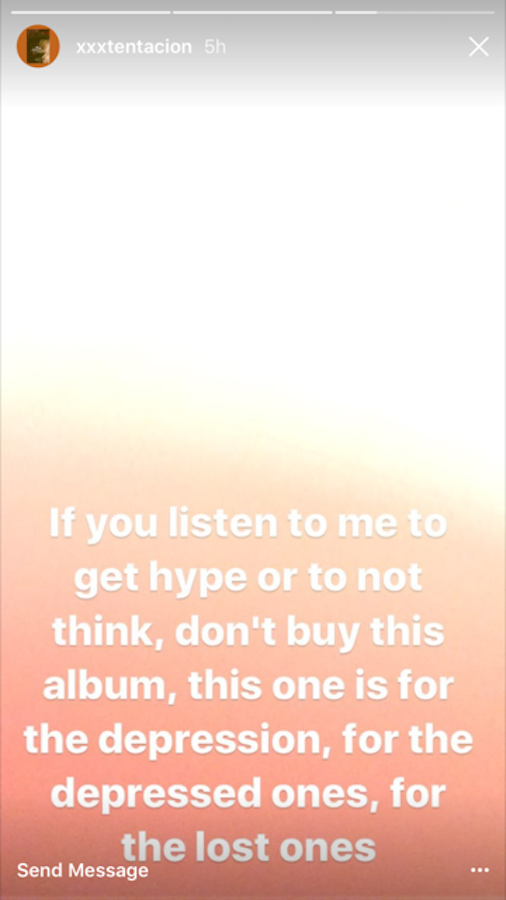 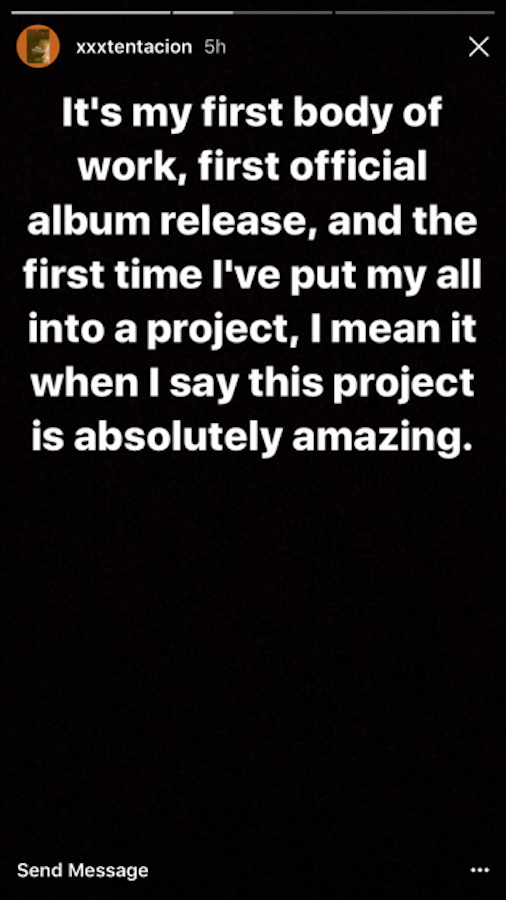