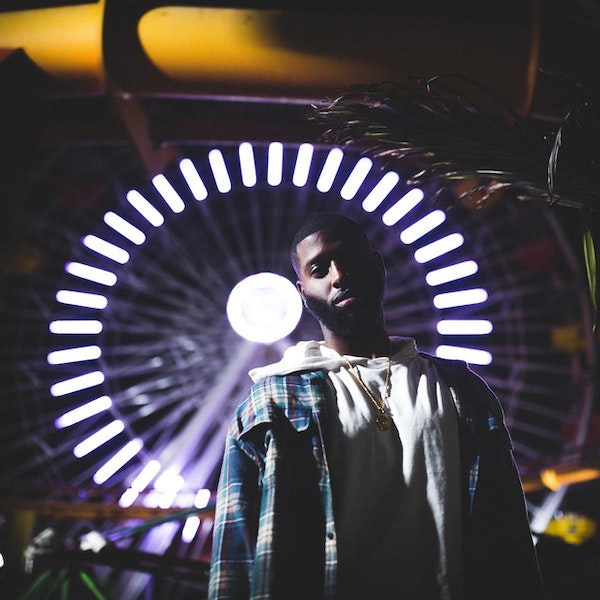 “I can love you to death and still you’ll never know it.”

Xian Bell opens up his single “Dollar and a Promise” with this powerful line before going on to describe the feelings he has for the lady of his life. While he thinks he doesn’t have much, he’s committed to giving her his all. The raw emotion and love can be felt emanating through his dynamic voice.

The short visual adds a whole other element to the narrative, opening up with Bell and his lady playing air hockey before taking a stroll along a boardwalk and clowning together. The song playing in the background contributes to the romantic aura, and the bond between the two looks and feels so real. However, don’t for a second think that he is just some lovey dovey crooner. Bell has bars.

Originating from the Crenshaw District of Los Angeles (shoutout Nipsey Hussle), the rapper-singer-songwriter was recently featured twice on Reason‘s debut album There You Have It. “Bottom” allows him to flex his wordplay and flow, helping to bring alive he and Reason’s effort to document their grind. Their chemistry feels very natural and contributes to an overall hard cut off of the album. A standout line here is “Pour the deuce like Manziel, show love like February, had to check my calendar for when they finna take our spot, and it’s Never-uary.”

Reason solely handles the smooth first half of “Drive Slow/Taste Like Heaven” before Xian brings the vocals back to open up the uptempo second part, which is actually a flip of the opener from his 2017 project Contradistrict. The rest of “Taste Like Heaven” he handles background vocals, complementing Reason’s lyrical prowess and storytelling. Without the TDE signee’s verse, the song is soulful and excellent but it’s intriguing how perfectly Reason’s verse fits into the puzzle and makes it that much better.

The best is truly yet to come for Xian Bell. A strong single in “Dollar And a Promise” along with placements on a TDE project can very well serve as a launchpad for future greatness. Be sure to check out all of his work and stay tuned for future releases from the up and comer.