Events
Sep 1, 2017
Wintertime and Swaghollywood are going on tour

This tour lineup is stacked.

When we say Winter is here, we aren’t talking about HBO’s immensely popular show Game Of Thrones. Everyone’s favorite experimental artist, Wintertime, is going on tour very soon. Within two weeks, he’ll be embarking on the Wintertime Tour. Along for the journey is Swaghollywood, a rising rapper that The Fader says is “making feel good music to stack your money to.”

The two artists’ disparate styles will make for an interesting contrast when they perform on stage.

Here are the tour dates and locations: 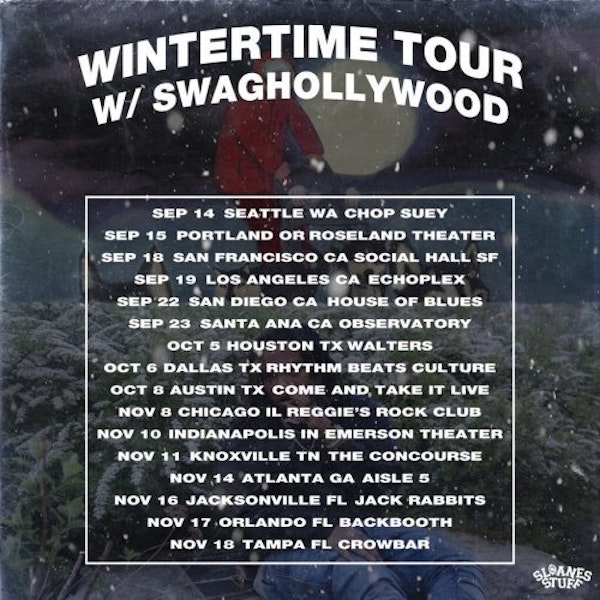 Wintertime first announced the tour in mid-July, with tickets going on sale on July 22. Fans went wild, grabbing tickets and informing businesses about the tour as well. Swaghollywood announced that he joined the tour on Aug. 30 with Wintertime confirming shortly after.

To hold you over until the tour, check out Wintertime’s latest release “WINTERWORLD.”