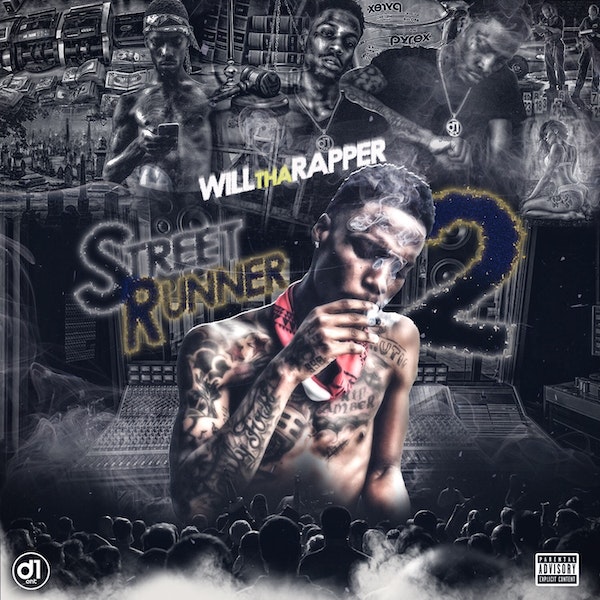 Buzzing DMV spitter WillThaRapper is about to be applying some serious pressure on the region’s competition. Today, Will is releasing his first single and visuals “Andele” from his forthcoming EP, Street Runner 2. The 16-track surprise project will be dropping tomorrow as Will makes the most the year’s last days.

The visuals for “Andele” find Will flexing some serious bars while sending lyrical shots at the competition, with lines like “Won’t play both sides, I tell em pick and stay. And if you pick the other side, don’t be mad when we pull up and click away.”. When asked for comment on the track Will responded “Andele!! Yeah, I was super high off MoonRock in a studio in Atl, went in the booth and just spit some ignorant shit”. Regarding the release of his Street Runner 2 tape Will said of the project that “Street Runner 2 don’t sound like a mixtape… this is some real shit, album shit!”. He would go on to elaborate by saying “This mixtape is the story of my life”.

You can watch the captivating visuals below and look out for Will’s Street Runner 2 tape dropping tomorrow.