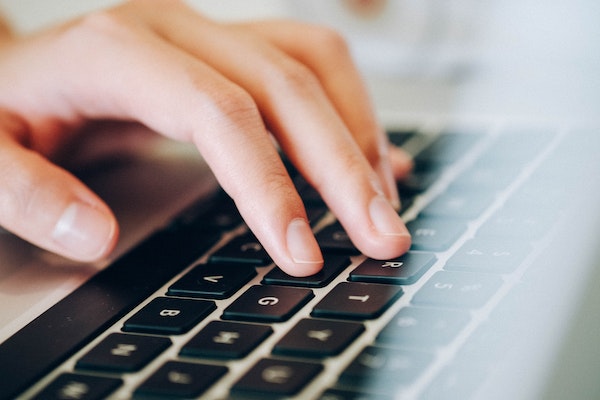 The business of music journalism is crucial. We get paid to report on the latest news in our respective fields, interview artists and various members of their camps, and, often times, to review songs and projects that artists release. Our opinions get blasted onto the featured pages of blogs and newspapers alike, only for artists to assess our critiques of their work; whether it’s positive or negative.

As Nav so eloquently put it in his recent interview with Paper Mag, “You can’t take one blog’s opinion and think your album sucks, when another is saying something totally different.”

Nav isn’t the type of rapper who’d have something good to say about music blogs at all. He’s been blasted by just about every reputable source, his recent project ‘Perfect Timing’ being described by Pitchfork as “no less hollow and ugly than Nav’s previous music.” But his words ring true; the opinion of a music journalist should have no bearing in the world of music.

Anyone can become a musician. The most dedicated take years to learn the craft, prepare their own style and aesthetic, and then create song after song, project after project. Their work is sensitive to them and is often derived from a near limitless amount of influences — both conscious and unconscious. When they make it onto the world stage, their budget increases but often times the musical vision stays the same. The goal for those who aren’t swept up in financial success and industry politics is to create what they believe is the best music imaginable.

The path of a music journalist is a lot different. We come from all walks of life; obtaining Bachelor’s Degrees in related fields, former and present musicians who have a love for the craft, self-taught writers who look for something besides politics and crime to build careers as journalists for, and the list goes on. We come into music to create a name for ourselves and a presence; often times reviewing music allows us to establish our individual voices.

Most of the time, becoming a reputable journalist at a respectable location comes down to your skill as a writer. If you can masterfully craft sentences, construct vivid imagery that editors believe to be more important than the actual description of music, and have bylines at other huge publications, you’ll be hired on the spot. What you actually say about the music doesn’t matter; the appearance does, which creates the problem.

For years, this has been one of the greatest modern clashes that happens in the media. Wale infamously threatened Complex’s staff after being left off of their Best 50 Albums of 2013 list. Russ has had it in for music blogs for years, ever since not even getting the chance to be considered for placement. Taylor Swift’s “Mean” is aimed at critics who detest her music. The list goes on. One thing remains the same; artists who usually ignore what critics have to say, eventually showcase their disdain for music journalists as a whole.

Maybe it’s because there is a “chicken or the egg” problem that exists between fan reception and critic reception. For instance; the recent release of Big Sean’s Double Or Nothing saw immediate backlash from fans, many citing his lyrics as subpar and immature. Pitchfork quickly followed suit with a scathing review, citing his lyrics as “so absurd it’s difficult to imagine they were written in this reality.” In reality, did fans look to critics for how they should feel about the album or vice versa?

It’s not hard to see why artists should use their own personal standards to judge their work. For one, there is no definitve way to measure musical standards. There’s no rule book to define what should be considered good and bad music; only subjective standards that are determined by our own personal tastes. Who’s to say that out of the millions of music critics that there weren’t any who found Double Or Nothing to be fantastic? Does the status quo influence reviews for others who don’t wish to be labeled musically-inept?

There’s also no surefire process of becoming a music journalist. The ways listed above are all suitable entry points into the profession, but sometimes a simple email would suffice. With this being stated, this brings an interesting dynamic into the equation: anyone with access to the internet can become a music journalist. With nearly 4 billion people in the world having access in 2017 and the number projected to increase drastically next year, that means that the potential for the profession to grow continues to increase. Without necessary education in the field that means that each review of an artist’s work is solely an opinion.

Building off of that, we all have our own musical tastes. A writer named Ryan may be a fan of Wale who works at Complex while Jack may not be able to stomach his particular brand of music. If Jack gets to review his album for Complex and gives it a bad score, does that mean the publication thinks the album isn’t good? They don’t; it’s just Jack’s opinion. But the general consensus will be that Complex itself doesn’t like Complex’s music. If Jack were to then be in charge of the Best Albums Of The Year list, then a snub of that level would start to make sense.

Lastly, no two people have similar life experiences – even if you live in the same household. We all live our lives, acquire new tastes, and digest experiences in drastic ways. These three methods shape our personalities and determine what kind of existence we will lead. Music factors into this determination, and when artists create it they are doing so from their own creative space. What they make won’t translate successfully to everyone. Sometimes, the art that they create is for certain subsets of the population who’ve endured similar experiences. It won’t be understood by someone who hasn’t went through the same situations that they have. For this reason, what a critic — who’s in the latter category — has to say about the work shouldn’t matter in the grand scheme of things.

At the end of the day, I’m not proposing a drastic sweep in the importance of music journalism — more so a push for the creativity of the artist to be acknowledged opposed to how the writer can connect words together. It usually comes down to a review that could be summarized in ten words or less stretched to three pages of abstract metaphors and similes designed to impress readers and editors instead of talk about the music. Artists, recognize that regardless of what a music journalist says about your art, it’s amazing in it’s own special way. Music journalists, relay your points with pinpoint precision and express your feelings about the music instead of focusing on the complexity of writing. If we could combine both of these suggestions, there could be a fundamental shift in music journalism as a whole — one in which artists’ respect and appreciate music journalists as much as writers regard the creators of works that they think are good or bad.