What Fredo Santana Taught Me About Creativity

Rest In Peace to the Chicago legend. 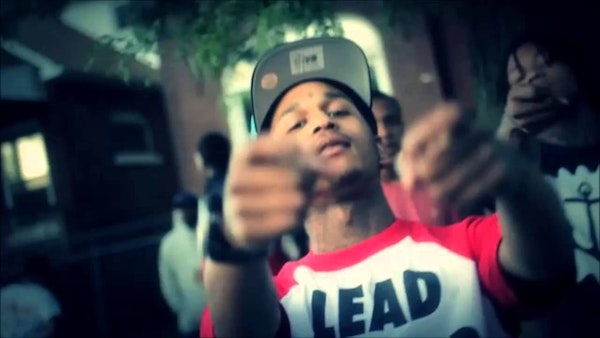 Upon seeing my first glimpse of Fredo Santana, I didn’t even know that he was a rapper. The now infamous mugshot featured one of Chicago’s hardest scowling profusely at the camera — an evil grin adorning his youthful, yet fierce features. A mixture of emotions streamed through my mind, the two most immediate being intrigue and fear. I thought he was hilarious, he must have been a parody of trap and drill rap. But the more I found out about Fredo, the more I identified with him as a person, even if I was far from the street background which he inhibited.

Above all things, Fredo Santana was the definition of authenticity. He was endearing in his realness, brutal with his street bravado. Downright deadly if he was crossed — but he lived by a code, as do all morally adept human beings. He just happened to rap as well, but he would have been a star without it. I idolized his hardcore nature yet easily approachable persona. Interviews featuring him and cousin Chief Keef showcased their brotherly love, the power of camaraderie in a city and genre that reveled in the convention to stay above ground. His single biggest celebrity feature was just how relatable he was.

When he stepped into the booth, his importance in my life grew even more. By the early 2000s, I fell out of love with conscious rap — save for the likes of Kendrick Lamar and J. Cole. The largely procedural style of hip hop lost its luster for me, perhaps the arrival of Barack Obama in office eased the societal burden I felt to think heavily. As I discovered more about the drill movement, I began to listen to more Chief Keef. While he was great, his experimental style yielded either fiery hot releases or icy cold dumpster dives. I moved on to Fredo Santana’s music and immediately realized I stumbled upon something special.

In all honesty, he just didn’t give a fuck. His music was an extension of his character — brutal, callous adventures into a demented psyche warped by street violence. While this description may extend to many drill and trap personalities, Fredo’s delivery made it unlike anything else out. The pain that he frequently rapped about, you could hear it screaming through each awkwardly rapped bar. His flow wasn’t pinpoint precise like KRS One, it was more in line with the stumbling, brutish nature of Biz Markie in his nostalgic hit “Just A Friend.” But Fredo fell just in the middle of both extremes, using pounding, ominous beats to create music as close to horrorcore as it could possibly be.

In 2014, Fredo Santana released “Walking Legend,” and it became the push I needed to pursue creative endeavors. Perhaps “Fuck The Otherside” was the track that injected me with tendrils of electric motivation — his crude, honest singing was in sharp contrast to what I would have done on that track. I would have shied away because I’m a very rigid person, constantly evaluating what people are saying or thinking about me. Without sounding like Omarion or Chris Brown, I would have left that alone, or, if I were required to release it, would blush profusely and remain underground.

But Fredo didn’t. His vocals were frightening because of how raw they sounded; he didn’t use any pitch correction with the autotune that helped to carry his voice. And it struck me for what it was, and for what it taught me about his character in general. Fredo had been through a lot in his 27 years of life. His music was a product of the experiences that he’d been through. So, when he stepped into the booth and recorded something, he was content with giving his all, not what anyone else would deem as good. Reviews didn’t matter to him. Streams didn’t matter. Just the accurate and authentic release of his art was what saw him release nine mixtapes over the course of five years. He wasn’t focused on maturing as an artist and chasing mainstream success. He was at his pinnacle — the music was a continuing chronicle of his story.

I sat back and realized that I lived the exact opposite. I’m a product of a sheltered existence, one that impacted my confidence but not my drive. My problem wasn’t creating and executing; it was in releasing the work, letting other people examine what I would obsess over for days. But becoming enamored with Fredo’s music showed me that creativity is in the eye of the beholder, fuck what everyone else says. When you think your shit is great, the world will respond in kind.

His death has stricken the hip hop community in ways that will shake the foundation to the core. Today, we’ve lost one of the truest souls in existence; someone not afraid to bare all without any fear of exclusion or ridicule. There are many more people like me who studied his character and learned from his confidence, even emulated his outlook on life. I speak for everyone when I say that he’s changed so many lives through his own that he will remain one of hip hop’s most influential artists until the end of time.