Weezer has finally blessed us with a visual to their now iconic cover. 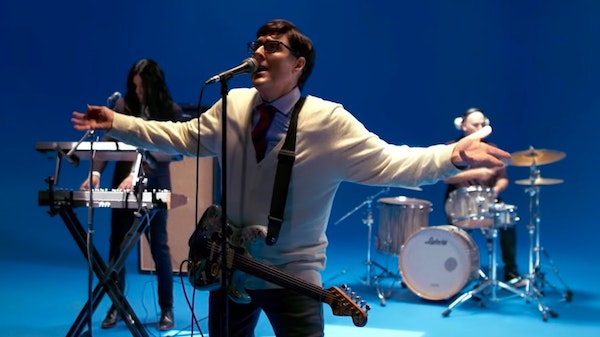 Just when you thought it couldn’t get it any weirder, it did. In their recent visual for their chart-topping cover of “Africa” originally performed by Toto, the band Weezer recruits a gang of doppelgangers, including Weird Al Yankovic recreate the 1982 classic while in a retro television studio. The faux band seemingly pays an homage to the set of Weezer’s “Undone (The Sweater Song”  with the recreation, which even sees Yankovic bust out an impromptu accordion solo during the instrumental break.

Yankovic, performed with the band on Kimmel previously and seems to be rapidly becoming a fixture in the band’s creative endeavors. The cover of the track itself began years ago as a popular joke and while the band brushed aside questions regarding the track for years, this summer the mythical recreation finally arrived. Before long the track was topping charts and earning them esteemed late night gigs. If there’s a lesson here it’s to give the people what they want.

Get your fix of this addicting classic below.