The Harlem native drops knowledge gems in our latest interview. 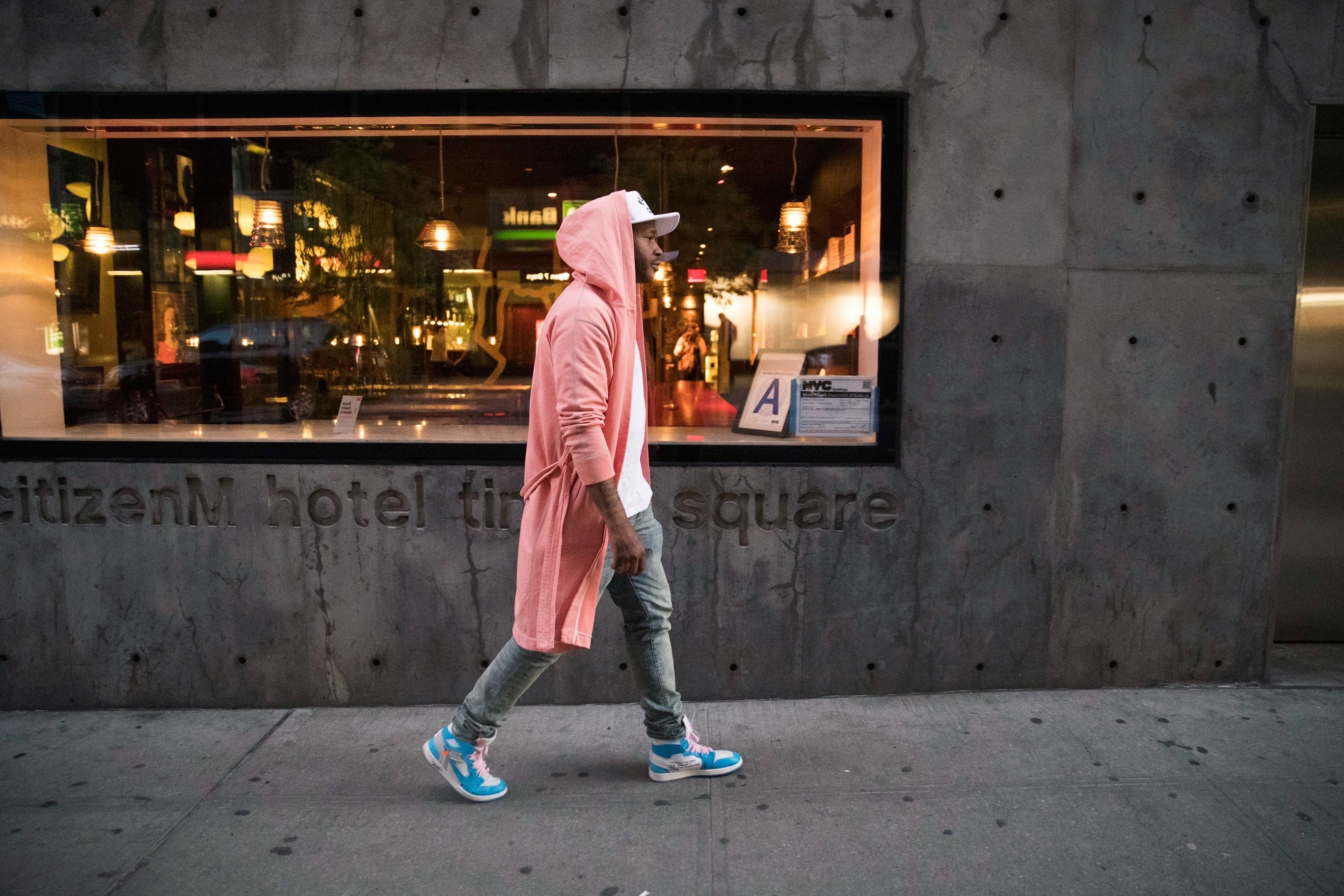 Processed with VSCO with g3 preset

A veteran with nearly 20 years of experience in the music industry, Wayne “Wayno” Clark has become one of the most reputable figures behind the scenes. From working in a mailroom to making an impressionable introduction to the likes of Jay-Z and Beanie Seagle, Wayno found an exceptional start at Roc-A-Fella Records. As a young boy, the Harlem-native would constantly listen to new music loved by hip-hop fans alike. “I made sure I had enough money on Tuesday to buy whatever album I wanted,” Wayno reminisced. Although the way fans consume music has changed dramatically, the eagerness to find today’s next big thing has not.

Over the years, Wayno developed his skill and knowledge under the wing of greats such as Kyambo “Hip-Hop” Joshua and Lenny S, who helped develop him into the A&R he is today. Wayno sharpened his A&R skills working with notable acts like Young Gunz, who he led to a Grammy nomination in 2003.  Wayno has continuously grown and shined among his peers through independently managing Harlem’s Dave East as well as emerging rapper TJ Porter.

Nowadays, Wayno is most recognizable as a co-host of Complex’s hip-hop debate show, Everyday Struggle. He currently holds the position of Vice President of A&R at Warner Music Group subsidiary Asylum Records. I spoke with him about being an A&R in today’s digital era, Kobe Bryant, and trends in hip-hop amongst other things.

From being on Complex’s Everyday Struggle to A&R, how has the past year treated you?

Well, it was a big learning curve on a lot of different levels. I started out the year in a lot of situations that I didn’t know would transpire, such as coming over to Asylum Records. I built a studio, I built an office. I’ve been working on a few other endeavors outside of music to further my career as well.  It’s been a year of just learning and figuring out things. 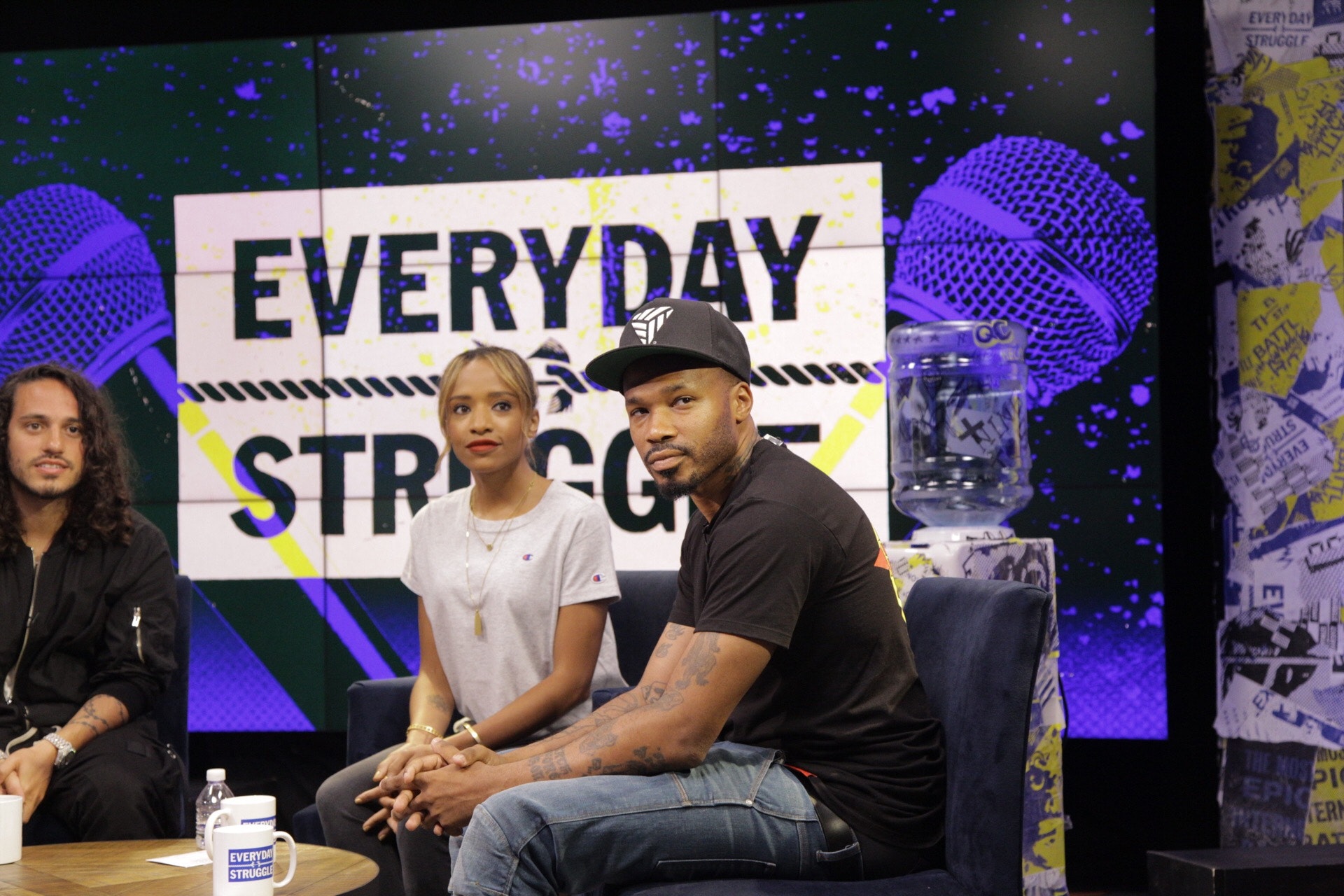 How would you describe that transition going into Asylum Records?

It’s been interesting. I’ve only worked for one label in my lifetime, when I was younger at Roc-A-Fella. This is my first job being in a system in a long time. Over the past couple of years, I did stuff independently such as managing Dave East and TJ Porter. It’s been different, but eye-opening as well.

As far as being a manager, what is the best quality you can have going into working with an artist?

The best quality I have as a manager is foresight. I look at every artist that I work with as a brand so I’m able to see the finish line when they’re at the earliest stages. I think that’s the biggest thing, being able to see it through. It’s very tough to convince an artist where they will be when they’re not where they want to be. That’s my quality, just sparking that idea of the artist becoming something more.

Talk to me a bit about your management company Triangle Offense, how is that going and what is your vision for the company over the next few years?

Currently, I have an artist signed to Triangle Offense through Epic Records. His name is D. Munoz, he’s a very talented pop singer. We just dropped an EP called Moments and it’s doing pretty well. He’s actually hitting the road to do radio promo today and his record is actually impacting radio this week. It’s been a challenge for me as well because it’s a new genre of music that I never worked in. Also, I’m building out a podcast outside of me just doing [Everyday Struggle].

What is your definition of an A&R in today’s streaming era?

A&R stands for Artist & Repertoire, but I never really interpreted it as that. I think being an A&R is just being an honest ear. The thing about streaming is, it’s not really different from when I was a kid and how we consume music. Now you can share music a bit easier but with my era, we went and purchased it physically. Kids are still doing that, but their store is really in their hands no matter what streaming service they’re using. That’s kind of how it was when I had CD’s. I made sure I had enough money on Tuesday to buy whatever album I wanted. If I was lucky enough, I would get it on Friday and play it as much as I want with my friends. We kind of engaged in music the same way, except now technology makes it a little more accessible. 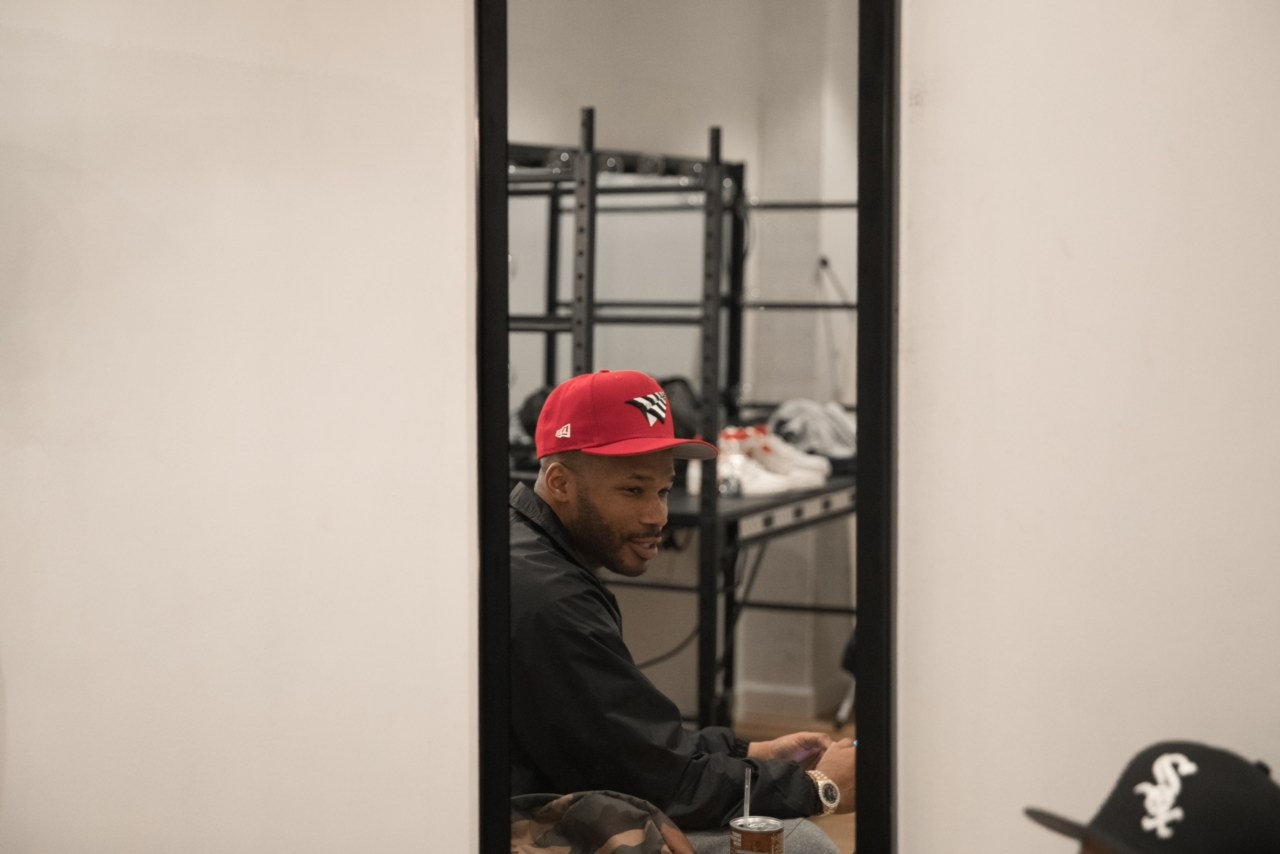 I feel like many industry people use the term amongst others loosely nowadays, how do you feel about that?

The thing about it is, because of social media, we can all be what we want to be. You can be a superhero tomorrow if you start taking a few karate classes and put a suit on. You’ll have to face consequences, but people can really portray what they want to be nowadays. There are tons of people who don’t really know much about A&R. I see a lot of kids saying their A&R’s and I like the ambition. In order to become an A&R, I had plenty of mentors and by December of this year, I’ll be thirty-eight years old. I started in music twenty years ago, I’m not even forty yet. I’ve got a wealth of knowledge that I’ve required and it took a long time, but that’s what made me one today. Not just me saying.

Is there any advice you can give to anyone wanting to follow in your footsteps, what would it be?

Absolutely, one of the biggest things I’ll take away is unfortunately, we lost Kobe Bryant. As I say that, I have this book on my desk by Phill Jackson called Eleven Rings. I was a big Kobe fan myself, that’s why I named my company Triangle Offense based on their relationship. The mentality that Kobe had was to just be diligent, disciplined, and focused. I feel like if you’re a young man or woman, you really have to apply those three things. Understand that where you start at is not where you’ll finish and just strive for more. I feel like if you carry on those principles, whether it’s music or whatever you want to do in life, you’ll be successful.

Being a Kobe Bryant since ‘96, what impact did he leave on you?

I’ve never felt so close to someone I’ve never met in my life. Anybody that knows me and how much love I have for Kobe, I defended him from the beginning of his career to the end. What my takeaway from everything was, unfortunately, he passed away, but during the moment of doing something with his daughter. He was a family man and I’m the same way, family first no matter what and just keep going. Even though he died tragically, he died with love around him.

I feel like we don’t give our peers enough credit while they’re here as well, is there anyone in particular who you would proudly recognize for their achievements?

Ironically, a lot of the people are my close friends. I speak about Meek Mill a lot because I’ve known him since he was sixteen years old. Pusha T, I didn’t grow up with him, but we have a great relationship. We have this word call biased and I get it, but at the same time, I want my friends to win. Even at Asylum Records, I’ve only been him for a short while, but my staff has become like family to me. Another person is Sada Baby, who I him last year, but we’ve grown a very close relationship. I’m very big on him and his diligence, working extremely hard to put out great content. 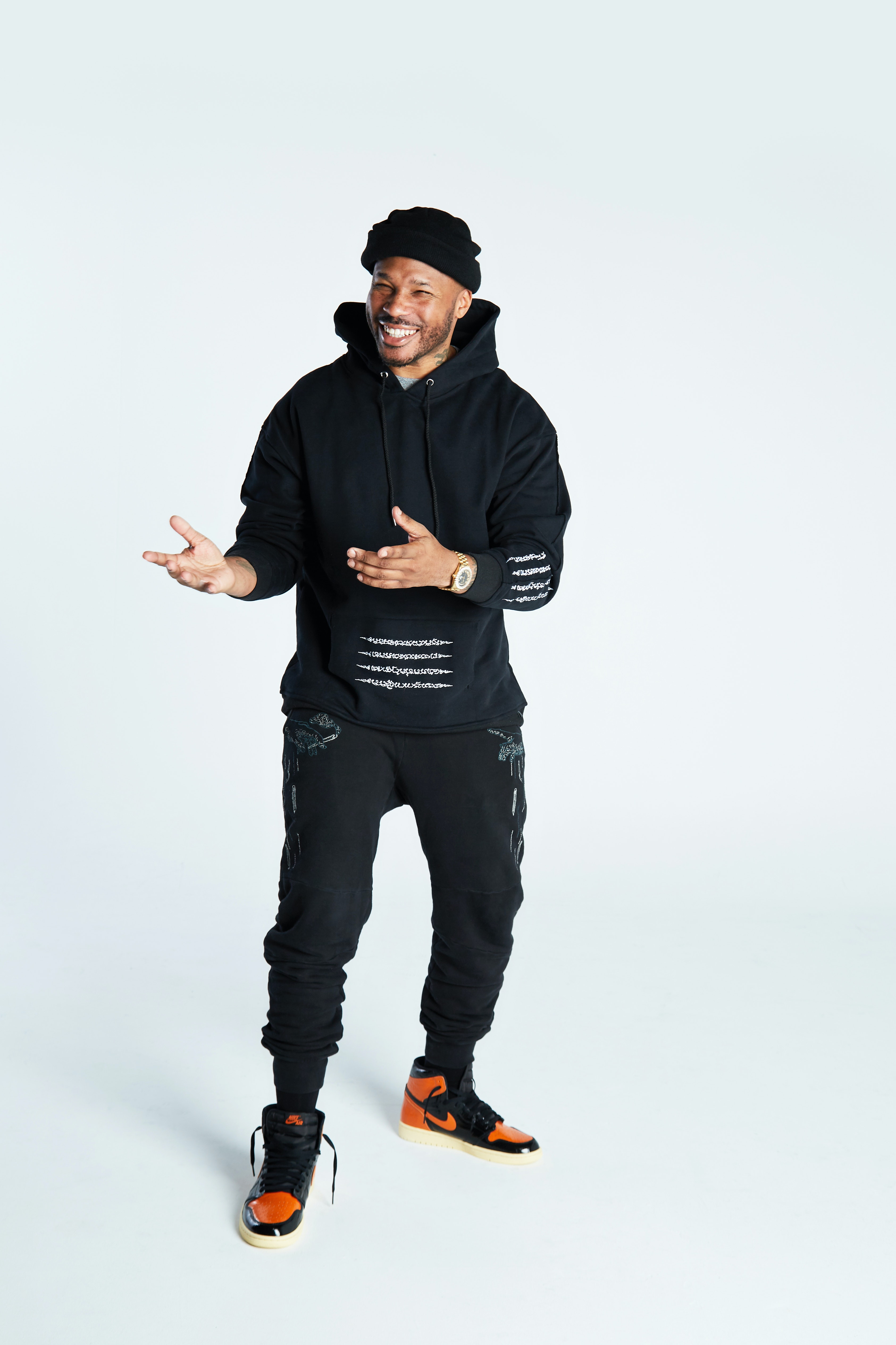 How about mentors, being in such a high position, is there still anyone in your corner who gives you advice and mentorship?

Ryan Press, he’s the President of Warner Chappell. Walter Jones, he’s a big guy over at Universal Music Publishing. Even Nas, I met him a few years ago and he’s always been big on giving me advice. Jeff Robinson, who discovered H.E.R, Alicia Keys, and several other talented artists. Mostly anyone and everybody I come across in life is an influence for me. Hip-hop is a big community and everyone I grew up listening to as a kid is the reason I’m in this position.

I wanted to bring up the argument on whether or not the weight of a co-sign has shifted dramatically from benefiting the upcoming artist to it benefiting the older/established artists.

If there’s any artist you’ve ever seen, it’s been pretty much prevalent in people’s career. The biggest disconnect that I’ve seen over the years when it comes to co-signs is elders not understanding the youth and not understanding that we were once them. They kind of talked them down because we didn’t understand them. I look at the careers of a Young Thug, Lil Uzi Vert, or most of these artists who are kind of edgy. We were so eager to push them away, but they’re our kids favorite artists. That’s one of the biggest problems we have in hip-hop, we talk towards and not with.

I love the fact that Diddy, who has been in any situation in music that you can think of, took the time to embrace DaBaby. That just fuels his fire because that conversation can make him go further in his career. It’s comradery, a family. In order to keep the legacy of it alive, we have to continuously do this.

How do you feel about TikTok?

I like the things that my kids like because I enjoy anything that brings my children happiness. TikTok is almost like what Rap City or 106 & Park was to me younger. The platforms have changed, we don’t have hosts telling us what’s hot. In music, we now have the kids telling us why they’re engaged. I just hope that when it comes to people who pursue artists off of these platforms, they dig a little bit deeper and not just look at the first fifteen seconds.

Do you foresee any other trends taking over the forthcoming year?

I like the kid Smoove L out of Brooklyn. They’ve created a wave within themselves because they have a team. I can’t believe I’m bigging them up because I’m from Harlem. I also like what Pop Smoke, Fivio Foreign, and all those guys are doing. Even Roddy Ricch, I know his records have been hot for years now. However, I feel like this year, he’s arriving as a full-on artist and people are really going to be able to separate him from a lot of comparisons they’ve been making. Also, Rod Wave, I really like him a lot. Emotion-filled rap has always been a thing, we just didn’t know our artists were pouring their hearts out to us so early on.