Songs
Premiere
Apr 20, 2018
We had a conversation with Jak Lizard as he releases “Mrs.J”

The NY crooner talks with us about tough times, his creative process, and new music. 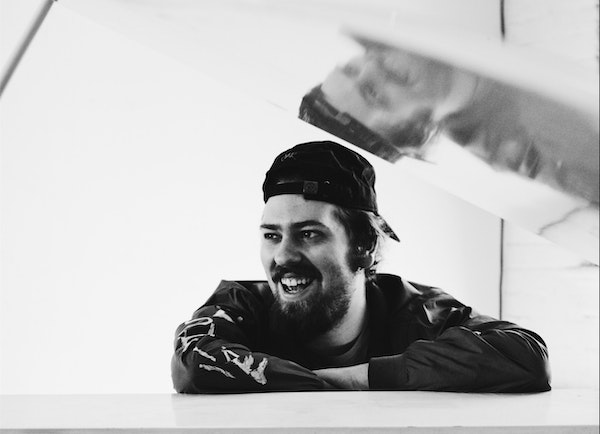 New York City crooner Jak Lizard has returned with a prolific new single, “Mrs. J”. Jak effortlessly breathes new life into old-school styles with his passionate and powerful delivery that pairs perfectly with a refined lyricism that conveys wisdom beyond his years. With smooth live instrumentation and a energy articulating free-spirited soul, “Mrs. J” is a beautiful ode to the struggle of moving on from a painful time.

To learn more about the creation of the record we had a chance to talk with Jak:

Its evident that you operate in a lane that swerves in and out of several different genres, can you speak on who are some of the mainstays of your playlists and inspirations?

What I always tell people is that the records I grew up on and surrounded my upbringing, I think really shaped what I do now. My father was always playing Stevie Wonder, Chicago, The Doobie Brothers, Steely Dan, etc. around the house. My mom is a diehard fan equal parts of Sly and the Family Stone as she was of Prince. I have three older brothers (shout out Zach, Harry, and Sam) who opened my eyes to the likes of Outkast, Common, Dilla, The Roots, the list goes on. My two root inspirations are definitely Bob Dylan and A Tribe Called Quest. My playlist these days kind of reflects those two worlds of Roots Rock/Soul and Hip Hop.

This song has a very passionate delivery and style, can you just speak on what inspired you to make this song and make it in this style?

The song comes from one of the more painful experiences of my life, which without getting unnecessarily specific, was a really intense betrayal I felt from a close friend. I think moments of feeling vulnerable around those you thought knew you best but really don’t at all, are such absurd fodder for songwriting. Like, here’s this seemingly insurmountable pain, and all I can truly do after a certain point is sing about it. I can talk it to death, but creating something straight from the heart off of it seemed like a more productive use of my time. I think I looked to Otis Redding and Amy Winehouse the most when thinking of people who channeled their rough goings into a number. I feel like when you listen to Otis or Amy, you can almost hear that shit they’re trying to get off their chest. Not the lyrics which you obviously hear, but the actual physical pain that comes with heartbreak honestly.

There is a nostalgic and classic style to this production, can you just speak on who was involved and how this came about?

I actually started singing the melody in the bathroom one day and very quickly sent it over to my songwriting partner and producer of this song Itamar Gov-Ari. We sat down with it shortly after and by the time I got into the studio with him, he had written for it: keys, organ, guitar, and some bass lines which were later fleshed out by the dope Ben Carr. Itamar knew exactly what I was going for and really brought the track to life. Shout out to the insanely talented drummer on it Zach Berns who you can also hear laughing at the start of the track.

What environment have you been creating in and how has that influenced the process?

So my entire modern music making really vibe comes from the collective I’m in called 99SUBLIME. So for a bunch of years, I’ve just been surrounded by inspiring artists and New York. I like getting in the studio and making it a family affair, I started in a collective atmosphere and I think that attitude has carried over to my solo stuff. New York is crazy though. There is so much otherworldly talent and ability here, and I’m from here so I can’t speak on anywhere else in the world, but I’m glad it’s my environment.

“Mrs.J” seems as if it is a prolific step to a bigger body of work, it’s denser than other “singles” so I have to ask, what is in the works when it comes to new music?

Ah well, I can definitely tell you that I have an EP coming soon, sometime this summer, and I am super proud of it. I think these songs coming up feel like the strongest representation of what I’m trying to do yet. I want people to think and dance equally. For me, that’s where positivity finds its home.

Listen to “Mrs.J” here or on Spotify below.