K Dot is a goddamn legend. 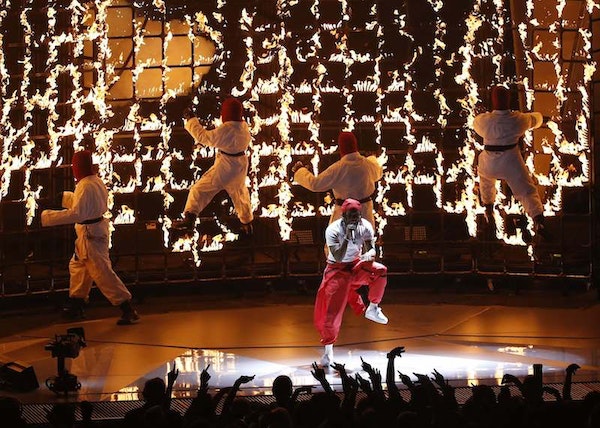 Ever since his performance with Imagine Dragons at the Grammy’s in 2014, Kendrick Lamar has proven to be the highlight of every music-related award show. Last night, the Compton native took to the stage at MTV’s Video Music Awards in Los Angeles to perform his hit songs “DNA” and “HUMBLE.”

As expected, Kendrick delivered an absolutely insane performance featuring a burning man, pyrotechnics and an extravagant staging setup. If you missed it, watch the spectacular performance for free below.