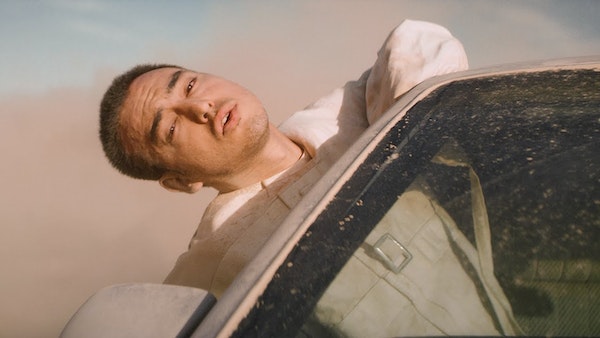 Deliriously stumbling through the desert in chains, Joji speaks about how his undying admiration has left him trapped by his lover’s uncertainty.

“She just wanted more time/ I’m looking for a long ride/She just wanna test drive..” Joji is comfortable with his vulnerability, undoubtedly looking to move forward with her, meanwhile, she continues to do a bit more soul searching & self-discovery.

Through this visual, Joji’s communicates to his viewers that his lover’s desperation to feel alive through their searching has left him feeling drained & with nothing. While doing this, Joji shows himself suspended in the air from a rope, signifying that he has time & time again sacrificed his comfort — admitting that she is slowly killing him. In the video, Joji holds a clock, delivering the idea that he was willing to give her the time she needed.

As time continues to pass, Joji becomes increasingly lost in the idea of her and eventually dies. As his soul is released, he lays in the desert sands tied up with himself, however free from her grasp. Joji executed this visual with sharpness & elegance, giving us clear-cut insight into his mind and his experience with what we all know, heartbreak.