Frank Ocean is a god. 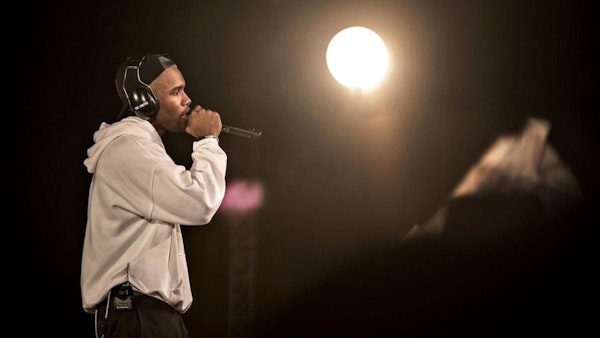 During his headlining set last night at FYF Festival in Los Angeles, Frank Ocean performed a flawless rendition of Steve Monite‘s 1984 hit “Only You.” Accompanied by a pianist and guitarist on stage while sporting a pair of over-the-ear headphones, Frank impressed the crowd by delivering a set full of musical gems including the unexpected cover.

The stage production seen in the video below is enough reason to regret missing the unforgettable performance, and we can only hope that Ocean will soon bring his show on the road once again. Tune-in to the terrific cover of “Only You” for a reminder as to why Frank Ocean is one of the greats.