Virginia’s Hampton Roads Area is the place to be 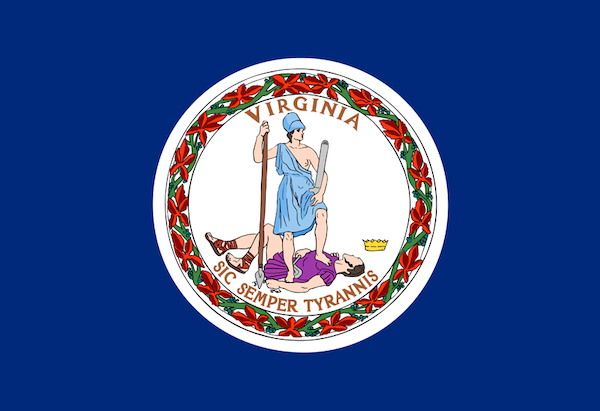 Virginia is a wacky place. From the outskirts of Alexandria to the lowly neighborhoods of Norfolk, it’s almost as if multiple states exist in one. Nowhere is this more prevalent than when attending a college or other gathering that brings the moving parts of the Commonwealth-state into one setting – it’s immediately apparent that everyone’s drastically different. It extends to the music scene that’s growing at a rapid pace, evolving into an amalgam and evolution of today’s most prevalent sounds across the world.

To be fair, the direction of hip-hop music was always to be pushed in experimental ways. The Sugar Hill Gang may have kicked things off with a disco-friendly vibeout, but emcees of the next decade evolved the platform into one of social and political commentary in which artists pushed against the mainstream narrative. Artists like Tupac and Public Enemy were famous for their ability to speak about the emotions that oppressed communities were feeling. This new form of the genre was challenged by the Virginia triumvirate of the late 1990s; Pharrell Williams, Missy Elliot, and Timbaland. They brought a sound and style that could be described as the forebearer of Cloud rap – a loose, bouncy, almost ethereal sound that made them household names overnight. Pharrell was a frequent collaborator with the game’s hottest artists who wanted to tap into that sound while Missy Elliott used her Portsmouth experiences to create some of the wildest music ever made. Timbaland danced amongst the background of tracks, using his production and signature smirk to become a superstar with hits attributed to Aaliyah, Justin Timberlake, and much more.

The creative foundation set by Virginia’s Mount Rushmore of Hip-Hop has created a longstanding royal bloodline through which some of the state’s greatest are members of. Pusha T hails from Norfolk, currently residing as president of G.O.O.D. Music. Chris Brown comes from Tappahannock and has become arguably the biggest R&B star of this generation. Both artists, constantly lauded for their creative energies, have become symbols of the state’s adventurous sounds and it’s multifaceted nature. No two artists sound the same. You can travel from one end of a road to the next; you’ll find hundreds of different musical styles existing cohesively.

Today, many of the state’s largest cities have musicians who continue to push the bar in different ways, most unseen to mainstream Hip Hop in years. The 757 area in particular, is home to many different types of creatives. Huey Supreme uses melodies and soft-spoken similies, to craft music that could be seen as a spiritual successor to J. Cole‘s sound. Era Hardaway taps into a well of familiar sounds, pulling the best pieces from all to create his own mystique. Conscious Kane and the M.O.O.D. Collective deliver lyrical sermons that touch on the imperfections of life, finding the light within the darkness. Breeze Barker‘s trademark southern drawl and machine-gun delivery have made him one of the state’s go-to artists. Hooks Ventura‘s nasally voice over his choice of pounding beats makes for a unique listen, invoking feelings of paranoia and hysteria that attract a unique subset of listeners.

It seems that mainstream America is catching on to the idea of Virginia as a place that breeds musical talent. Artists like Masego, FulMetalParka$, D.R.A.M. and Young Crazy have expanded their sounds outside of the state and country and will continue to grow as more people become fascinated with the state. Masego started in a college dorm room at Old Dominion University a few years ago and now performs sold-out shows in South Africa. FulMetalParka$ and his unique sound and aesthetic have recently gotten placed on our collaboration project with Hypnotiq. D.R.A.M.’s practically everywhere now, and he started in the Hampton.

As the state continues to churn out quality artists, people around the world and country who tune in should realize that this isn’t a fluke. It’s also not a symbolic passing of the baton from other states who periodically become Hip Hop’s “It” fascination for a short period of time. Virginia’s rich musical history, involving three of Hip-Hop’s most influential figures in it’s 40-year timespan, has made it a breeding ground for quality talent that will be a major factor in the years to come. What its artists grew up on, almost a decade ago, instilled a sense of innovation that will continue to be a factor for the rest of eternity. Virginia isn’t just for lovers, it’s for creatives too.