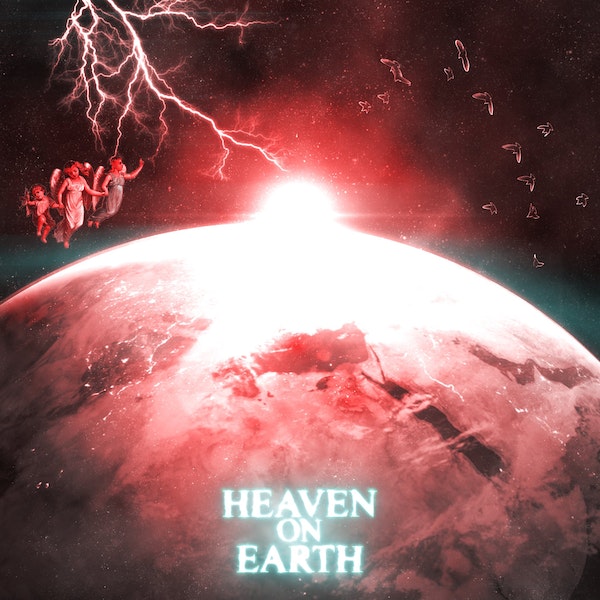 At one point, Punk Rock had a stronghold on not only the Emo scene but sad music in general. Nowadays, the two genres — which at one point were facing similar oppressors and issues — are blended masterfully and have produced cultural staples such as Lil Uzi Vert, Lil Peep, Xxxtentacion and more. Due to this, we’ve seen a whole subgenre appear and two of the artists leading the wave are Zara Bash and Ty Safari who team up to drop one of the year’s early bangers in, Heaven on Earth.

Clocking in at 8 tracks and featuring somber, but highly enjoyable production from cats like HighDefRazjah, Monte Booker, Bash himself and more; Heaven on Earth is an EP filled with creative exploration, self-realization, and angst wrapped in distorted and warped production that somehow makes your stomach feel warm.

While at times, the EP does get a bit stagnant as the duo stray a bit far from the docks, but when they focus on melodic breakdown, minimal rapping, and soulful lyricism, they are unstoppable as they create beautiful records with, “Me Vs The World,” a sad, but incredibly relatable record that finds a refreshing place among the cliche, “Deadman’s Gospel,” the self-produced dejected banger from Zara Bash and, “Bad4Me,” the Monte Booker produced track that stands tall as the best record on the project.

Check out the EP below and stay hip to the progressions of Zara Bash and Ty Safari.