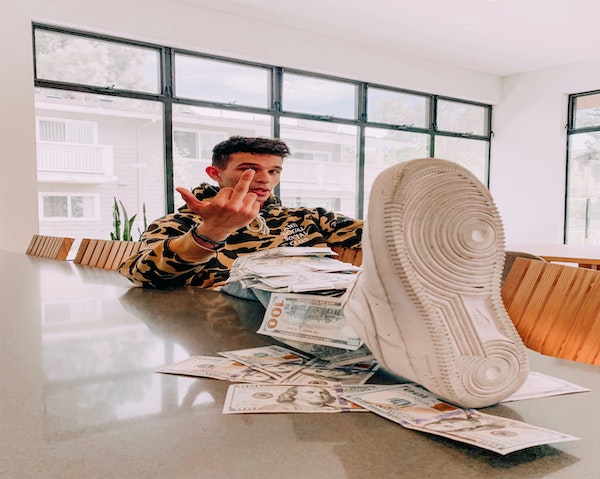 Rising Japanese-African-American artist UMI unveils a new song titled “Love Affair”. The track has been released in unison with its music video, starring UMI herself. The song and video are the first to be released from Love Language, a forthcoming visual EP set for release on October 30. Tracks and videos will be released sequentially in the coming weeks, so make sure to stay tuned as the soulful songstress is sure to continually bring the heat with each drop.

Love Language is informed by UMI’s upbringing as a mixed-race girl in America. Always feeling slightly out of place, she turned to music from Sade, Erykah Badu, Seiko Matsuda, Crystal Kay and many more to help her parse her place in the world.

“I never felt Black enough or Japanese enough,” says UMI. “It’s a sentiment I feel like a lot of kids grow up feeling. But as I’ve grown older I’ve realized that being mixed means I can define my identity on my own terms. In the film, UMI is an anime character having to hide her identity as she navigates through the world. She feels disconnected and different from those around her. Similarly, growing up I’ve always felt a need to hide different aspects of my identity because my sense of self wasn’t so rigid and constructed. I didn’t know where I fit in. Like UMI in the film, when you strip away the exterior you realize that I’m a manifestation of my mixed identity.”

The EP explores race and intersectionality through UMI’s lens of working as a mixed-race woman in the music industry, but fundamentally is about love and the many ways it is received and given.

“I aspire to create a space where all people feel heard and loved,” she says. “The EP itself is about the multidimensionality of love. The different forms love can take. Love can be bubbly, new and a bit confusing like in ‘Love Affair.’ It can come from a place of yearning and innocence like in ‘Sukidakara.’ Love can be hard to balance and hard to communicate like in ‘Runnin’; or it can be introspective and healing like in ‘Breathe.’ All of these emotions I’ve felt and this EP are like my diary of thought. Each song is different in its sound because I’ve been influenced by so many genres of music, from different cultures, but they’re tied together through the theme of love.”

UMI wrote and produced the EP in Los Angeles and worked with a team including writer Taofik Kolade (“Atlanta,” “Barry”) and director Will Kindrick (Brian Wilson, Ice Cube, Mates of State) to write, cast, animate and direct the EP’s four parts. UMI has partnered with Loud Robot, a new music label from J.J. Abram’s Bad Robot, for the release of Love Language.

UMI, born Tierra Umi Wilson, is a 20 year old songwriter, vocalist and producer raised in Seattle and now based in Los Angeles. A former University of Southern California music student, UMI dropped out to focus on her unique strain of R&B, acclaimed by Complex, Coup De Main, Ones To Watch and more. Her debut EP, Interlude, was released last year.

Press play on the official music video for “Love Affair” below.