The project will be released on Friday, September 7th.

Scrim and Ruby of the $UICIDEBOY$ are two of the hardest working men in the music industry. The pair recently wrapped up their “Pre World War III Tour” with a sold-out performance in Greece, and have been losing sleep over the recording process of their highly anticipated album.

In an attempt to calm their rabid base of diehard fans, the $UICIDEBOY$ have announced the release date of the upcoming project. The album is titled “I WANT TO DIE IN NEW ORLEANS” and will be released independently through G*59 Records on Friday, September 7th (artwork and track listing for the album can be seen below).

Stay tuned for new content from the $UICIDEBOY$ as we eagerly await the release of “I WANT TO DIE IN NEW ORLEANS.” 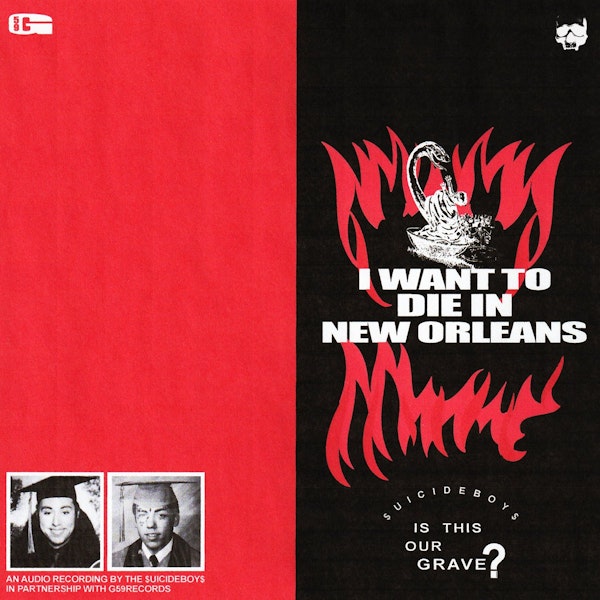 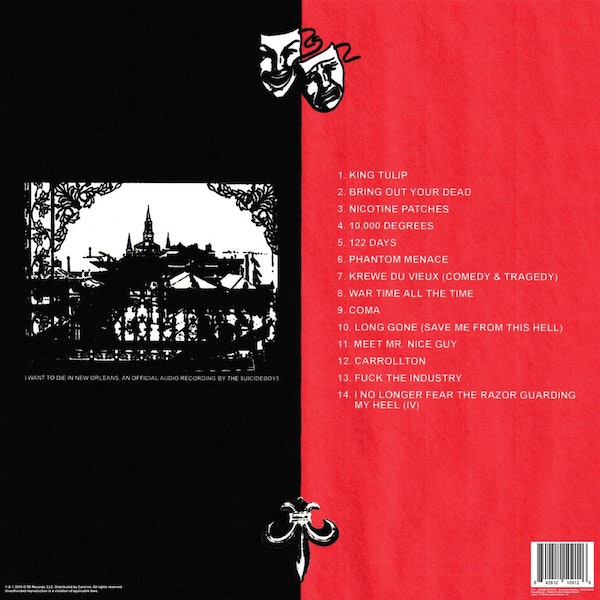