Juls’ production shines with a new potency in his latest album. 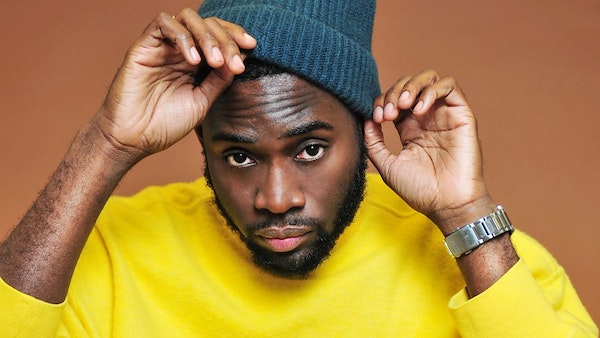 If you’re just getting introduced to Afrobeats, then this album will definitely expand your musical palette. Discovering Juls just last week through one of my associates in music, Juls caught my attention instantly, with his drum patterns and melodies attracting me at every whim. After doing a bit of research into his discography, his music is consistently layered with copious amounts of deep rooted African rhythms and is also noted as a heavy influence in the sound of Afrobeats as a whole. From collaborating with & producing music for notable musicians like Mr Eazi, Lauryn Hill, Goldlink, Masego & Tyler, the Creator along with others, Juls successfully uses his simplistic yet wholesome approach as a means to transforming the overall sound. Noticeably enough, he continues to push the limits by meshing dancehall with some hip-hop elements which creates a dynamic that I personally have never felt when listening to any genre or artist.

Two Fridays ago, Juls released an official album titled Colour, where there’s a unique balance between mellow Caribbean vibes on songs like “Maayaa” & “Angelina” and more of a grungy hip-hop energy with songs like “Normal” & “No Lie”. Consisting of 10 songs, I really admire the authenticity that lies in each track–which in turn allows me to to feel very connected to my London based Jamaican roots, in a sense. I feel the intent behind Juls’ music is to highlight the originality that lies within each component he incorporates in his music from instrumentation to production as well as the positive messages that lie within the lyrics. It’s a thoroughly stimulating listen to say the least.

Press play to listen to Juls’ Colour album below: