After what can easily be considered the strangest (yet most effective) promotional tour where Tyler, The Creator and the Odd Future camp went on Twitter tangents and interview to interview telling everyone how much the album sucked and not to

After what can easily be considered the strangest (yet most effective) promotional tour where Tyler, The Creator and the Odd Future camp went on Twitter tangents and interview to interview telling everyone how much the album sucked and not to buy it – he dropped the most planned, cohesive, and well crafted album of his career, titled Wolf. 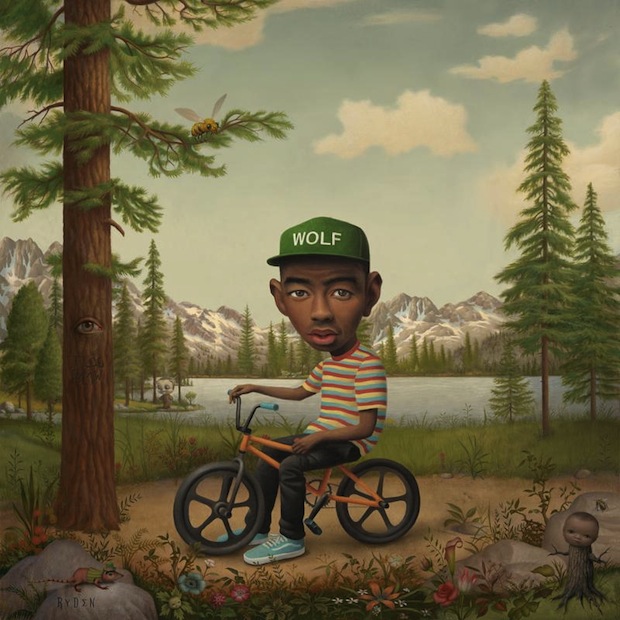 In many aspects, Wolf is exactly what you’d expect – heavy on the meaningful instrumentals and scarce on the lyrical content.  Extremely N.E.R.D. inspired and sounding, there are a plethora of derragatory words, a substantial amount of ‘F’ bombs, and plenty of other typical offensive rap scare tactics.  But when you really listen to it (if you make it through the whole album more than once), you bear witness to the honesty, pain, embarassment, love, and at times awkward storytelling of a young man struggling with family, fame, and females.

Wolf  is Tyler’s coming of age story, both musically and lyrically.  It is his most honest music to date where he almost neglected trying to piss everyone off and created an extremely meaningful body of work.  The strings, jazz synths, heavy basses are a staple throughout the production, providing the backdrop for Tyler’s aggressive personalities and paranoid alter-egos.  And of course there is the running theme (the collective theme for his entire body of work) –  a big ‘fuck you’ to mainstream culture and hip-hop.

Tyler, The Creator and the Odd Future camp remain an acquired taste.  However, it is extremely evident that they represent a culture of misaplaced youth – the outcasts, the geeks, the drama kids, and the boys & girls who just don’t give a fuck. And it’s oh so necessary.

Basically a love story the only way Tyler knows how to tell a love story – over heavy bass, a synthesized voice over, and some sweet keys. Put this on your summer loving play list and play it LOUD.

Perhaps Tyler’s most impressive performance, probably because he was accompanied by Odd Future’s strongest lyricists – Domo and Earl. He finally throws shots back at all critics that call him homophobic, a satan worshipper, shit stirrer, etc. The only thing the track needed more of was Earl, but that’s besides the point.

Essentially a jam session gone completely right. This is the album’s gem – a smoothed out melodic track, with the sweetest keys, chimes, and vibes. It’s also the most misplaced. Shout to Coco and Badu though.