Tyler, The Creator joins the navy in “See You Again” visuals

Tyler is the king of videos. 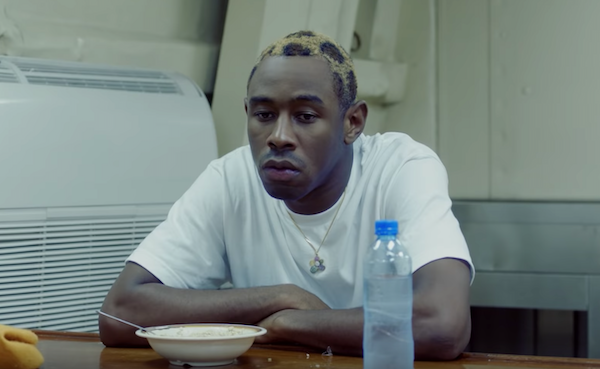 It’s been seven years since Tyler, The Creator debuted his first solo project Goblin. The fact that he’s still relevant is impressive, but the response his loyal followers continue to give whenever he drops something proves he’s one of the greats. In only eight hours, his new visuals for “See You Again” surpassed one million views with ease.

The self-directed video finds Wolf Haley as a member of the U.S. Navy, living on a carrier ship somewhere far away from his lover. The standout track from Flower Boy features Kali Uchis, while A$AP Rocky also makes an unexpected guest appearance in the visuals.

Tyler’s eccentric music videos have always been coveted by fans as one of his most expressive creative outlets, so enjoy “See You Again” in an entirely new way below.