Features
May 9, 2017
Tyler, The Creator is getting his own show on VICELAND & here’s everything we know about it

“Nuts & Bolts” starring Tyler, The Creator is going to be hilarious. 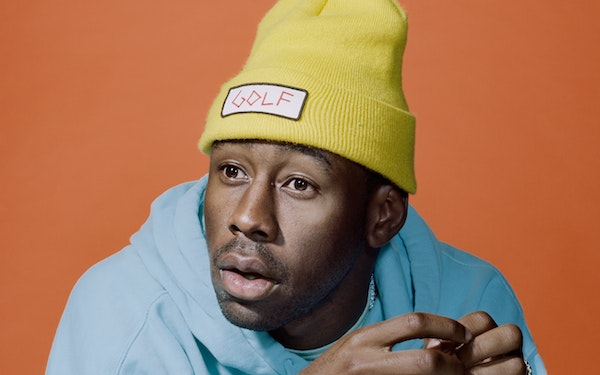 26 year-old visionary Tyler, The Creator created a fuckin’ monster with Odd Future. The rapper took a successful single and shaped it into one of the most iconic brands of our generation in the matter of just a few years. Today marks yet another milestone for the California-based rapper and collective, as VICELAND officially announced that “Nuts & Bolts”, a popular OFWGKTA YouTube skit, has officially been picked up to be aired on the popular television channel.

Yesterday, a reporter from the Wall Street Journal tweeted “Viceland launching a new TV show called “Nuts and Bolts,” which is about Tyler the Creator finding out how things are made,” while in attendance at Vice‘s at the Digital Content Newsfront presentation.

Viceland launching a new TV show called “Nuts and Bolts,” which is about Tyler the Creator finding out how things are made.

Though there hasn’t been any additional information released regarding a premiere date, I can already tell this show is going to be amazing. Vice constantly produces incredible content with rappers and with the assistance of Tyler’s undeniable personality and likability, “Nuts and Bolts” will almost certainly be a hit. I’m excited to see what Tyler learns how to make on the program; possibly another “Yonkers”?

Keep it locked on Elevator for more info regarding the upcoming TV show; it’s going to be a classic.