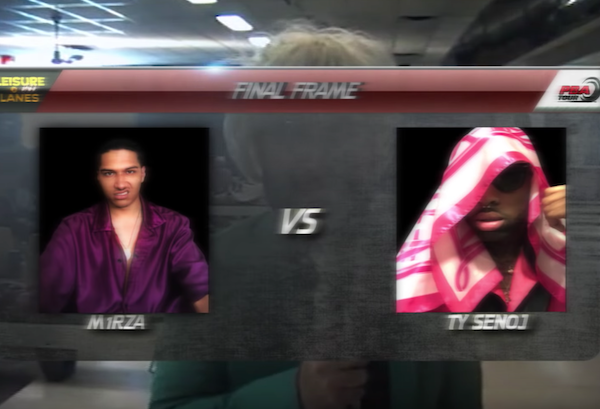 Ty Senoj and M1RZA, a couple artists from Toronto, linked up together to shoot a comical new video to their hit record “Biggie Gwap.” The video follows through a bowling tournament in which both artists compete against each other.

Ty Senoj is one artist to watch out for as he makes his way up, splitting time between being in Los Angeles and Toronto. With two projects out (M1 & M2), he stays true to his art form on both projects, shifting sound and giving his audience music they all can appreciate.

Having M1RZA on a feature was the perfect move for Ty. M1RZA’s versatility is his greatest weapon. It allows him to use his soft vocals to explore/display an infinite amount of sounds.

Don’t miss out on this video, and watch until the end to see who reigns victorious.