Learn more about the creative process behind some of your favorite JUDGE-produced tracks. 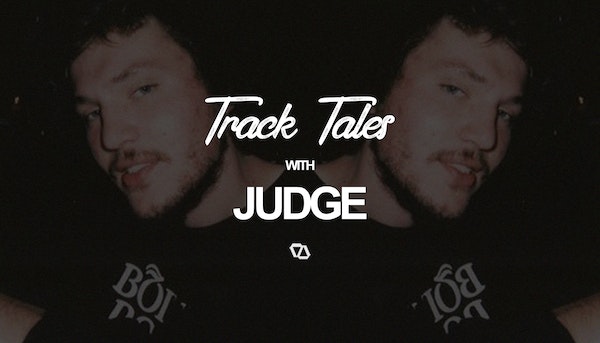 Fresh off a placement on Young Thug’s critically acclaimed album “Beautiful Thugger Girls,” we caught up with California-based producer JUDGE to learn more about his musical background, how to navigate the complicated depths of the music industry & the process behind some of his most notable works to date.

Read our latest installment of Track Tales below.

When I was 12 I played the bass in a few bands. That really helped me with learning how to write songs, but aside from that I’m completely self-taught; I’ve never taken a single lesson. When I was 14, my family bought a computer with GarageBand on it which gave me the ability to start making beats. It wasn’t until 6 or 7 years ago that I started doing it professionally though.

Can you explain your hardware & software setup?

At first I had a MIDI keyboard and was using stock sounds forever. Eventually, I got some VST’s and a drum machine and moved up to Logic. I still use Logic, I love it. My setup is super simple because I need to produce on the move. I just have everything on my laptop, on hard drives. I still use the MIDI when I need it, if not I use the damn laptop keyboard. I live with Lil Aaron in Hollywood, and we have a tiny little setup here with just speakers and shit. I’d love to get some cool shit when I have the money, but you can definitely make dope stuff on a super simple setup.

How’d you initially go about sending beats to artists?

Coming from Kansas City, you know nobody from the music industry; everything was through Facebook and Twitter. I’d just try to find dope artists. I lived in St. Louis for a year and worked with a bunch of underground rappers there, but I definitely sent a ridiculous amount of emails out to try to get beats to literally anybody. Over the years, its built up to the point where I can just send shit to A&R’s and artist managers.

What’s the difference between producing for an independent artist vs. a signed artist?

So much. Independent artists are so easy, you just split it and its super simple. Whereas at a label, everything is complicated. It has to go through A&R’s, and then get approved by the artist and their management. It’s a lot easier working with independent artists, there just isn’t as much money there on the production end.

What been the biggest surprise about how music producers are treated in the industry?

In general, it’s surprising that people don’t realize how valuable producers are. If you ask anybody to break down why they like a song they hear on the radio, its 70% the beat, 25% the hook and maybe 5% the artists’ personality. Everyone focuses on the personality and selling the story, rather than realizing that the producer makes people move and should get more money.

I made that beat last October. I had it sitting around and some people liked it, but I sent it to this A&R for Thug because he’s literally my favorite artist doing music right now. They hit me the day Thug posted the Instagram story with my “SO GOOD” tag, and that was the first time I ever heard him on my beat which was crazy. Take Care was the last beat in the pack I sent, and I almost didn’t include it. With rap beats, I want everything to go to Thug so it was perfect that it worked out.

I dropped Addicted in April. We started it in Jesse Rutherford’s apartment; I was just sitting on his couch and played the opening keys and he immediately said, “That’s dope, send me that.” He went in the booth, recorded it in like 45 minutes. It was originally supposed to be Jesse’s song, for his own album, so when I heard it got cut I hit him up asking if I could have it. I went in and re-produced the whole thing, got my guys Lil West and Alexander Lewis on it. My G Janice Griffith hooked me up and decided to be on the cover which is fire. It was basically a song that would’ve died off, but I took it and turned it into something while a bunch of other dope shit came together at the same time.

Nightrider is probably the favorite song I’ve done with Lil Aaron. I met him in 2015 when I came out to LA for some sessions, and randomly met him through this other kid. We met, and within 20 minutes I had made a full beat and he had written a full song. We work really, really well together. Last year, he ended up signing a publishing deal so I moved out to LA and lived with him. We started working on GLOING PAIN$ last summer, and Nightrider was the last track we did for it. I started the beat in 2014, whenever Days Before Rodeo came out. I was definitely trying to rip off Drugs You Should Try It. Me, Dylan and Y2K went back and re-produced it to turn it from a rough idea into a nine-minute jam.

BONES is the real deal, independent artist. They’re all so non-Hollywood, so cool. I sent him a pack of beats last October, and he blended three of them together into some crazy edit. Everyone was like, “Yo JUDGE, that beat is insane!” but like, it’s three beats and BONES did it.

I met Mark through Twitter. I thought she was cool so I sent her a bunch of beats a few years ago. We have a bunch of stuff in the vault, but the 6LACK remix came about randomly. She hit me and asked to remix the beat, so we hit the OWSLA studios one night and made the initial beat in like 20 minutes. She’s so talented, she wrote that shit so quickly and basically one-taked the entire song. It came out so easy and natural, and the fact that Skrillex ended up co-signing the song is crazy; it opened a lot of doors.