Drake, Offset & Mike Will also appear on the prestigious list. 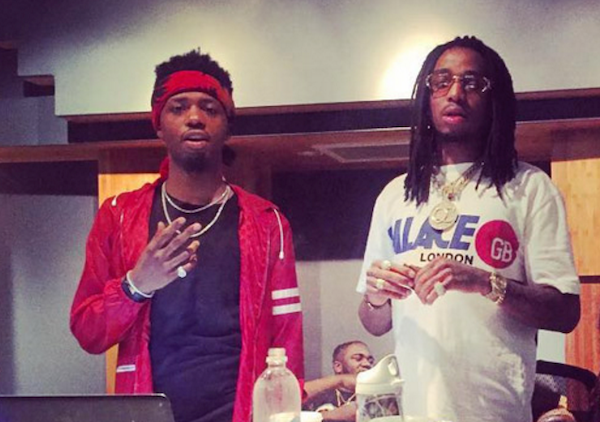 By assigning a point value to every charting song on the Billboard Hot 100, Royalty Exchange has compiled a list of the top songwriters of 2017. Coming as no surprise, hip-hop dominates the list and continues to prove itself as the most popular genre in the world.

Taking the top spot is Atlanta producer Metro Boomin, with a grand total of nine hits under his belt with artists like Future, Migos, Gucci Mane & more. The revolutionary beatsmith crafted hits like ‘Mask Off,’ ‘Bad & Boujee,’ ‘Tunnel Vision’ and more to snag the #1 slot.

Fellow ATL native Quavo finishes in second-place, as he found himself part of a whopping 19 Hot 100 hits ranging from Migos cuts like ‘Get Right Witcha’ to guest appearances like his legendary verse on Post Malone’s ‘Congratulations.’

Kendrick Lamar comes in third, with an overly impressive 17 Hot 100 hits from one fucking album. A lack of features surely cost K Dot a higher ranking, despite the incredible performance by nearly every song he’s released in the past six months.

Check out the full list below via MBW, which also includes Drake, Offset, J. Cole & Mike Will Made It. 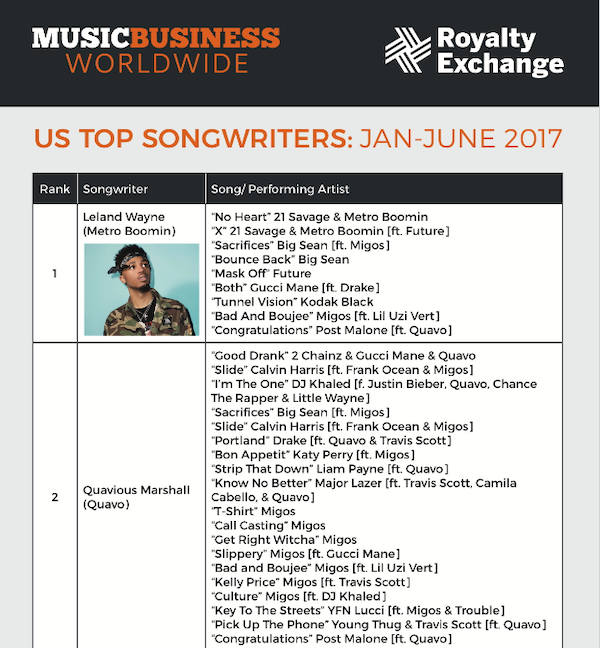 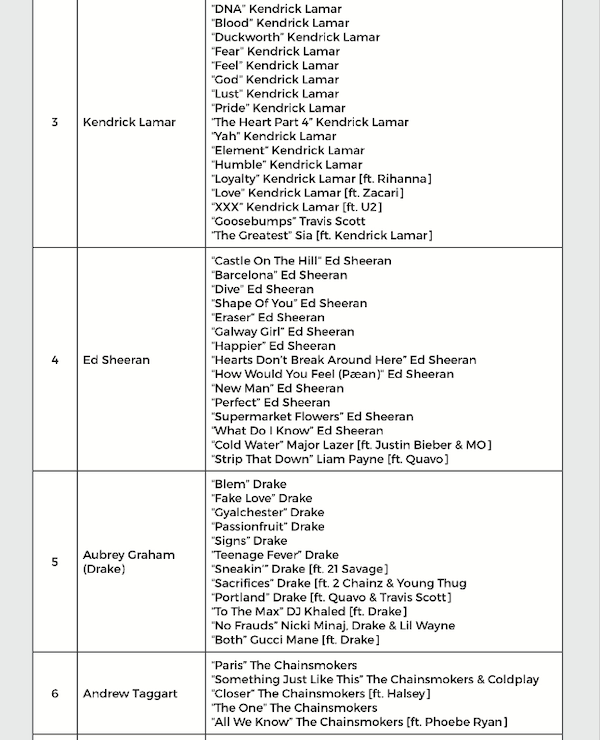 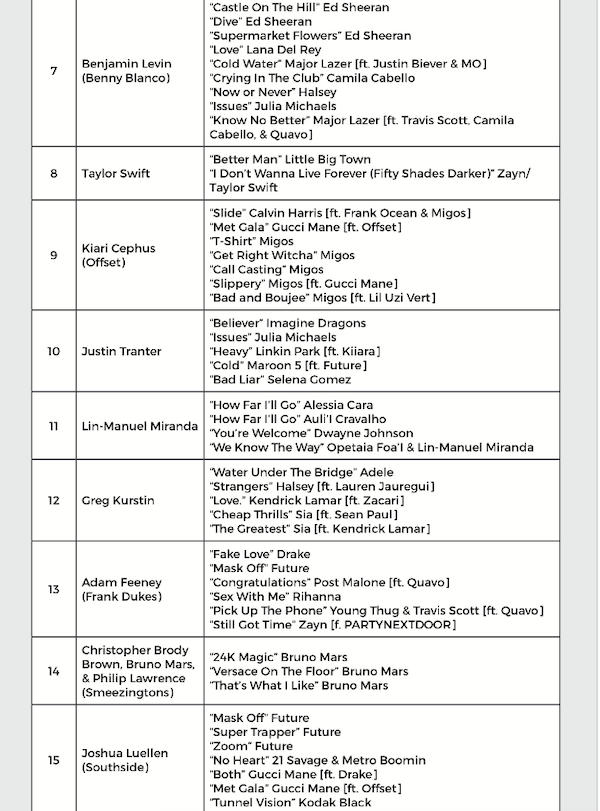