This was the collaboration I think we needed more than we were originally aware of. 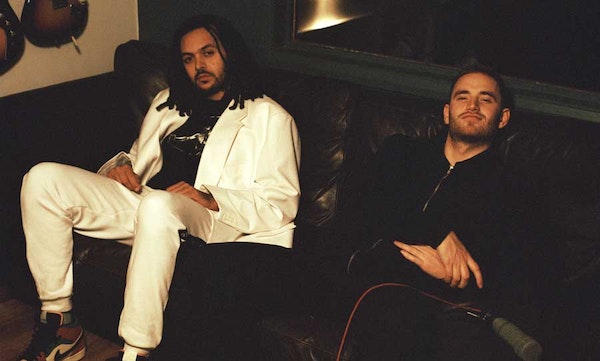 Two of my favorite super-musicians, Tom Misch and Yussef Dayes, are pairing up for their collaborative album What Kinda Love, set to release in the coming months. This news is music to my ears considering the almost unexplainable musical talent coming from both Misch and Dayes, individually. To know that the magic that each of them harness has found its way into the same space has me full of anticipation. The forthcoming LP is sure to blow the minds of true music lovers globally. Heavy influences of electronic, jazz, old school hip hop and soul elements have remained pertinent over Misch and Dayes’ craft over time so it’s quite beautiful to see such a body of work finally come together in a musical partnership. Having been a huge fan of Misch’ since his collaboration with Jordan Rakei for their “Wake Up This Day” track that released back in 2015 and his Reverie EP following in 2016, the mastery behind his ability to translate fundamentals of his influences into something so raw and distinctive has always been a top favorite quality of mine when it comes to him as a musician.

When it comes to Dayes, it was his works with Kamaal Williams (aka Henry Wu) for their 2016 album release Black Focus that brought me into deep interest in both musicians. Dayes’ ability on the drums is reflective of the fact that he has been playing as early as 9 years old, and probably earlier – his rhythms and patterns being spontaneous and enticing. With both of them growing up in the same area of South East London, it was only a matter of time before they crossed paths. Along with the announcement of their LP, the official music video for their track titled “What Kinda Music” has been released, adding more excitement to the release as a unit. Misch and Dayes both had some very important things to say about their partnership for the upcoming project, emphasizing on the increased level of closeness that they now share.

“Yussef comes from a more experimental background, and he has a lot of loose, crazy ideas. I know how to write a catchy melody, but with interesting chords and I have a good understanding of popular song forms, so I think I streamlined those ideas and made them accessible.” – Tom Misch

“Both our parents who’d never met each other before, are now best friends as a result of this – they now see each other more than we do! I’d like to think, in some small way, that this album has a similar impact for people too – everything feels so divided these days, it would be nice for people to hear the record and hear two very different musicians coming together and realize it doesn’t have to be that way.” – Yussef Dayes

Press play on the Douglas Bernardt-directed visual for “What Kinda Music” below: