TJ Porter has a little something for everyone in this album. 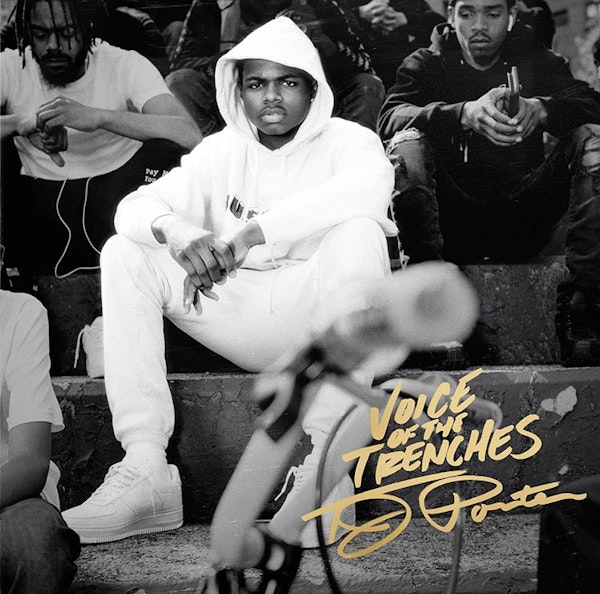 TJ Porter is a 19-year-old phenom who hails from Harlem, New York, and his new album is titled, Voice Of The Trenches. The fourteen track project epitomizes versatility as TJ is able to showcase a variety of flows, harmonies, and rhyme-schemes. Creating a necessary balance between lyricism and crooning is quite special as many artists do not have the ability to visit polar opposites on the spectrum of rap, let alone on the same album and kill it. TJ was also featured in Slam online for basketball last summer as he grew up a dual-threat on the court and in the studio until his close friend was tragically killed, he then selected to prioritize creating music.

Considering TJ is the Voice Of The Trenches then it would be apparent that he has seen many unpleasant things in his life and has only used it as fuel and motivation. Someone who speaks for the trenches is awfully relatable and TJ undeniably has the support of his whole city, including hoopers Cole Anthony and Julian Newman who he grew up with. TJ is an incredibly appealing artist who is on a prominent rise as he strives to flood the streets with his music all over the country.

Enjoy Voice Of The Trenches below.