Thutmose delivery a jaw-dropping freestyle over the “Taste” beat. 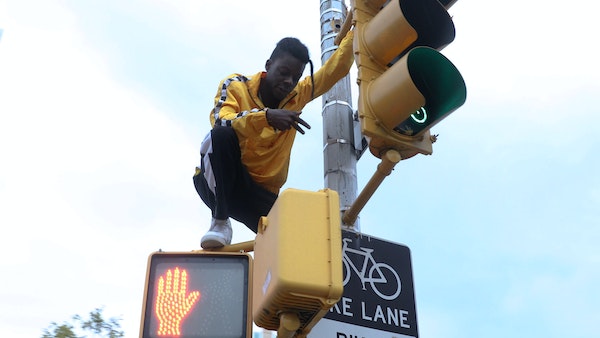 Thutmose is no stranger to our pages, but today may be one of the more memorable write-ups we’ve done on the enigmatic young emcee.

Since immigrating to New York as a youth, Thut has embraced the region’s affinity for hip-hop, while also staying true to his Nigerian roots. Both places are shouted out proudly on the new track. His new freestyle flips one of the country’s biggest hits (Tyga‘s “Taste”) and gives some much needed East Coast flavor.

In just over ninety seconds Thutmose proves he can go toe to toe with anyone breathing the same air as him. The opening bars “I’d rather live on my feet than die on my knees” grab the viewers attention almost immediately as Thut delivers bars in dizzying succession in front of the city’s Marcy projects.

Thutmose continues to showcase why many think he’s one of the most promising lyricists out. Don’t take my word for it though, press play below.