These guys are trying to save Star Wars from George Lucas 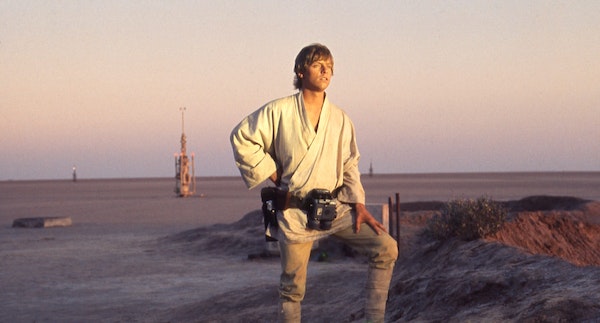 I re-watched both the Star Wars trilogies last week with my younger brother. I haven’t watched any of the films in what seems like years. It was an awesome journey down memory lane; lightsaber battles, The Millennium Falcon, Vader, all awesome. But it wasn’t all awesome. Knowing that the re-released versions of the movies (which I never saw because I have the originals on vhs, and which I couldn’t watch now since I no longer own a vhs deck) had some changes, I made it a point to try and find the closest to original theatrical version online. It was nowhere to be found. I gave up the search and we began the Star Wars-a-thon. The further along I watched, even into episodes 1, 2 and 3, every unnecessary CGI element had me hot. Why were there dumbass CGI extra’s added!? Why were there scenes where one shot featured a REAL landspeeder, then cut, and then it’s CGI? It looked like shit and added nothing. CGI Jabba? GTFO. It got to the point, where after yelling out several times “C’MON MAN!” as if I were ESPN’s Chris Bermann, that my brother needed to instruct me to chill out.

George Lucas has been trying to ruin Star Wars since 1997. With ever re-release he’s added more and more CGI… crap. You can’t even buy the original theatrical versions anymore. It’s the equivalent of Kanye re-releasing College Drop Out with some added synths because, now he can use synths. Oh and destroy all previous versions of College Drop Out. Well cue theme music because there is a new hope for Star Wars (ya I did that). These gentlemen, from originaltrilogy.com, have taken it upon themselves to save the original theatrical versions by piecing together elements from various Star Wars film footage, re-releases and photos. They’re calling it The De-Specialized edition. Watch the video below to see how they went about it. They put in a lot of work.