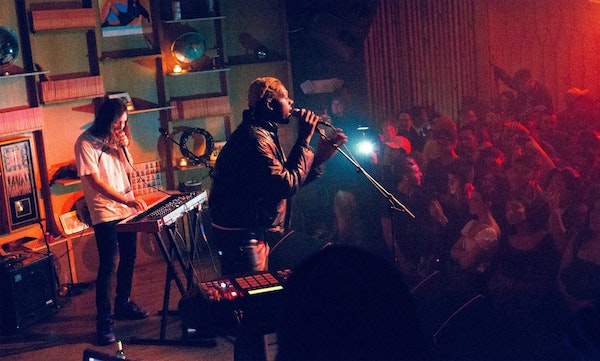 Tame Impala’s Kevin Parker and Theophilus London have reawakened their sensational collaboration with the release of their latest single titled “Whiplash”. The song was first debuted in 2016 during a Boiler Room & Virgil Abloh-hosted event. In October of last year, London appeared on Virgil Abloh’s Beats 1 Radio segment titled “Televised Radio”, playing just a snippet of the track. Having withheld the mastered track for about 2 years now, it seems as if Theo is getting prepared for a pretty serious comeback this new year, a return that we all anxiously await. “Now they lookin’ like they seen a ghost/When they know it’s my vibe that they need the most/They need you around/She said, “Theo we need you in town” (Now)” London is clearly aware that his vibes are genuinely missed. Upon the brand new track being finally gifted to the world, Tame Impala also announced some fresh tour dates just this past Tuesday, gearing up the excitement for upcoming Coachella performances, set to headline both weekends in April. The run is said to begin after the music festival so be sure to check out their tour dates below and see if you can catch them in your city.

Press play to stream “Whiplash” below: