Songs
Apr 18, 2018
The $UICIDEBOY$ gift fans with new freebie “EITHER HATED OR IGNORED”

Scrim and Ruby return with an upbeat slapper. 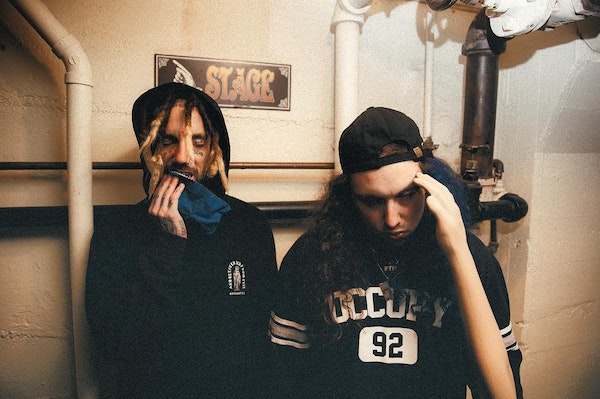 It’s been over seven months since the $UICIDEBOY$ dropped the “Kill Yourself Sagas,” but fear no more as the New Orleans duo has returned with a new single titled “EITHER HATED OR IGNORED.” The track won’t appear on Scrim and Ruby’s new album, as the song was released “just for fun.”

Enjoy the new track via Spotify.