This unexpected collab will be legendary. 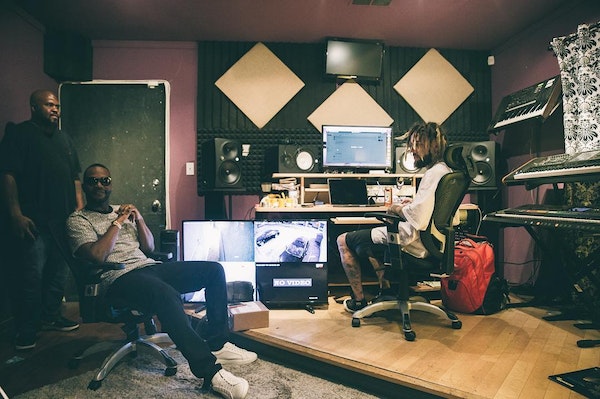 The $UICIDEBOY$ ($crim, specifically) were recently pictured in the studio with Juicy J, and while most assumed the collaboration was limited to a possible track on the duo’s upcoming release on September 11th, it looks like there’s more to the story. This morning, the Three 6 Mafia member shared a message on his Snapchat story (photo below) reading, “Highly Intoxicated mixtape prod by $uicide boy$.”

Nothing is officially written in stone regarding the iconic collaboration (Snapchats delete after 24 hours, screenshots don’t mean shit), it looks as if Juicy J will be tapping the New Orleans natives’ stellar production skills for the soundtrack to his forthcoming mixtape.

As if preparing six new EP’s and a nationwide tour wasn’t enough, it looks like $crim and Ruby have another task at-hand. Stay tuned for more information on the groundbreaking collaboration & listen to the $uicide Boy$’ most recent release at the bottom.