The ripple effect of Memphis rap

90’s Memphis Rap was a unique melting pot of experimentation and evolution.

With acts like Three 6 Mafia, Gangsta Pat, and Tommy Wright III, this movement was bringing hip-hop into places it had never before ventured. It juxtaposed the driving, faster-paced sounds of boom-bap with an aesthetic that was lo-fi, dark and grimy. It garnered inspiration from classic horror films and genres such as funk and soul, all in which served as the backdrop for chants, yells and scattered triplet flows. Lyrically, it delved into the struggles of the hood. It didn’t waste time chasing grandeur or radio time.

It was unmixed, unfiltered and designed to bump in your car’s trunk. These are traits that have trickled down throughout subgenres like crunk, trap and snap, with artists like Lil Jon, Lil Scrappy, Young Jeezy, Gucci Mane, and Soulja Boy all inheriting components of this vital sound. Even today, underground artists like Lil Ugly Mane and $uicideboys are carrying on the dark, bass-heavy sounds, and even mainstream artists like Drake, G-Eazy and A$AP Ferg are developing cadences and artistic styles from the Memphis movement. Though Memphis rappers never reached the commercial heights of New York juggernauts like Jay Z and Nas, the sounds, aesthetics, and ways of thinking continue to be a significant influence in modern day hip-hop.

So what is it about this style of rap that makes so many artists gravitate to it? Well, it’s simple, the whole movement was built off of authenticity. Memphis rap wasn’t concerned with the most proficient wordplay, but instead honest, biographical stories of the hood. It borderlines on the stream of consciousness opposed to lyrical prowess, and that’s what we see in the ‘sad rap’ movement of artists like Trippie Redd and Juice Wrld today. Nowadays, anyone is welcome in rap music provided you have a story and an interesting way to tell it. You’ve got a plethora of young kids all around the world recording rap music in their bedroom, trying to make it out of dire circumstances and provide themselves with a better life.  The Memphis movement started this, as they treated rap as an escape from the life they often lived or witnessed first-hand.

Different musicians have also sought the instrumental style of Memphis Rap because of its diverse sonic palette. Whether acts like Three 6 Mafia and Tommy Wright III were exploring the dark, experimental side of the sound, or where leaning towards expanding their audience with a club record, the common link would be the use of distorted, grimy 808s.

The use of sub-bass conveys a sense of energy and can elevate even the most melancholic of soundscapes. Its infectious sound is why you see so many rappers veer towards the usage of 808s in their music today. Artists like Travis Scott use to make party-shaking anthems on tracks like “Sicko Mode”, whereas artists like Lil Uzi Vert use it to compliment the angst on songs like “XO Tour Life”. By inheriting the bass tones and dark, gloomy moods of Memphis Rap, artists can enhance the impact of their lyrics or inspire emotions that lyrics alone can’t reach.

In many ways, the rise of Memphis rap set the blueprint for the music business in the online era as well. The self-distributed cassettes and grassroots presence of the artists paved the way for internet rap, where acts like Yung Lean and Bones have created independent empires for themselves. Old Memphis rap albums and mixtapes often featured self-made cut-and-paste covers, with their phone numbers often included for future bookings and collaborations.

This blueprint was is an early form of what we see today, where rappers make themselves accessible using social media platforms like Instagram and Twitter. The reliance on breaking the gap between consumer and creative, a technique that Memphis artists pioneered, has allowed rappers to communicate with their fans; with the opportunity to see what their followers want from them first hand. It’s this self-created success that creatives seek in the influence of this movement; as acts such as Koopsta Knicca showed that you could market independently and stay true to self by using your platforms, inspiring hope and dedication throughout generations of artists. 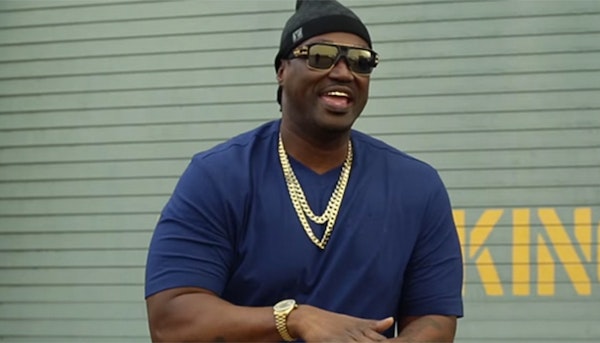 Overall, the Memphis hip-hop scene may not have been the most significant mainstream movement in hip-hop history, but its impact spawns further than any Billboard chart. The movement also resulted in some significant accolades, however. Three 6 Mafia became the first hip-hop group to win the academy award for Best Original Song for their single “It’s Hard Out Here For A Pimp”.

The sounds that Memphis music pioneered have acted as the backbone of rap music for over two decades, the honest, simplistic lyricism allowed creatives to express themselves sans meticulous wordplay, and the radical, grassroots it thrived on lead to a generation of artists pushing to market themselves without a label. The grind and dedication that Memphis rappers put in allowed us to see the youth in the hip-hop industry thrive today, regardless of the sounds and styles that they chase. The Memphis hip-hop scene opened the floodgates for a plethora of sub-genres and styles expanding the horizons of music itself, and it’s only going to continue to trickle down throughout generations.