Features
Jan 16, 2019
The Reaction Video is changing music discourse as we know it

Empathy, neurons, and diversity are all a part of a changing media landscape, and publications want in.

Over the last decade, the reaction video has made its way through Youtube and Twitch to becoming an essential part in music discourse. Starting with Youtube channels like Fine Bros Entertainment, the reaction video consists of people from different background reacting to different music in different ways. Last month, Fine Bros Entertainment accumulated over 36,000,000 views, with other channels such as ZIAS! pushing five million, Shawn Cee pushing four million and BigQuint pushing one million. Even other music Youtubers like Anthony Fantano and DJ Akademiks have started experimenting with the platforms on Youtube and Twitch respectively.  With a substantial impact on online communities and the numbers to show for it, the music reaction video is solidifying itself as the newest form of music discourse, and publications and companies all around the world are flocking to it.

The prospect of watching someone react to something is quite odd and seems to be a product of this fast-paced, millennial era we live in. However, while you could boil it down to laziness, studies show that there could be some science behind the phenomenon. According to an investigation in gaming reactions conducted by ArsTechnica, humans may have something called mirror neurons that when they see emotion conveyed, they start to feel it. This could very well be why people gravitate towards the reaction video, and why it stops people in their tracks in the world of social media; something that publications have been trying desperately to tackle since the rise of the internet.

Publications adapting to internet trends isn’t an occasional thing. We saw it only a few years ago with memes, as websites like The Fader, Noisey and several others inherited this style on content on their Instagram pages. Now, we’re seeing the same thing happen with the reaction video, as Complex have poached DJ Akademiks for their Everyday Struggle show, and act as the network in which Anthony Fantano’s TheNeedleDrop channels exists in. Even others like HotNewHipHop have started sponsoring reaction videos alongside personalities like BigQuint. Moreover, you can see how this benefits the publications on a financial level, as Everyday Struggle garners over 200,000 views a day and receives sponsored advertising from Spotify, and as HotNewHipHop continue building their Youtube profile with cheap, quick-to-make content that capitalizes on the fanbase of the personalities they collaborate with. Devin Dorsey of the Meami channel, a reaction hub with over 150,000 subscribers, seems to connect it to the lack of engagement with editorial. “I think written reviews lack engagement,” he says, “There’s no type of connection between writer and reader. When people watch reactions, they feel like they are in the same room as if they listening to a track with a friend.“

The pivot from editorial into video goes deeper than following a trend. The same derivation from tangible content that saw the rise of the streaming era in music is the same thing that has seen magazines start to fizzle out, and according to a study conducted by Microsoft Corp, the average attention span of a consumer is now a mere eight seconds. People are scrolling now, not reading, so the video transition is to keep the lights on in the office. However, the content bigger corporations often make don’t feel as personalized or as connected as Youtube personalities such as Shawn Cee, and it shows in the views. For instance, Everyday Struggle’s reaction to Eminem’s “Killshot” has 298,000 views, whereas Shawn Cee’s has over a million. It’s as if the branding of a publication steer people away, and the empathy paired with watching a more intimate reaction video is what people are searching for.

With the global expansion of the internet and platforms like Youtube, the audiences have followed suit; and the reaction video is a perfect example of the diversity on the internet. You’ve got people like Ruari who runs the PF/Dad Reacts channel at only 11 years old, Cam Haller from the CUFBOYS channel who makes videos with his mum, David and Bianca who run the D&B Nation channel as a couple, and a plethora of other people of different ages and different backgrounds that react to music. It’s a melting pot of content creators who only need a microphone, a webcam, and an internet connection to make their mark on music discourse; the same way meme makers like Ka5sh did the same in his field. No longer is three years of studying and debt required to make a prolific mark on journalism; you just need eagerness and confidence. What starts as a hobby for these people (Devin Dorsey states he started making videos because he hyperextended his knee) becomes their way of becoming an authority; a title that used to be exclusive to publications, labels, and other corporations.

Overall, it’s hard to conclude what the future of the reaction video is going to be as we are still very much at the helm of its growth. However, even with the fickleness of internet trends, it seems to be solidifying itself as one to stay. In the music landscape, it’s becoming a part of the new generation; co-aligning with Spotify allowing artists to upload directly without an intermediary and memes opening avenues into marketing for even the deepest of web-lurkers, as well as artists like Chance The Rapper and media personalities like Joe Budden fighting for independent rights in music. The music reaction format foreshadows a future where the discussion and topics we tackle in music belong to the hands of the people that matter; real, passionate consumers. It doesn’t discriminate and it diversifies future career prospects for internet personalities. While publications are always going to find a way to try and align brand prospects and revenue generation to grassroots trends, their ventures into the reaction format are still highlighting people with a love for music. But even if the reaction trend stops tomorrow and is replaced by something else, it impacts will be felt. Music is about self-expression and unity; something that this format does through Youtube and Twitch communities around the world. The music reaction video mirrors that, and most importantly, gives people around the world with passions the opportunity to feel important. 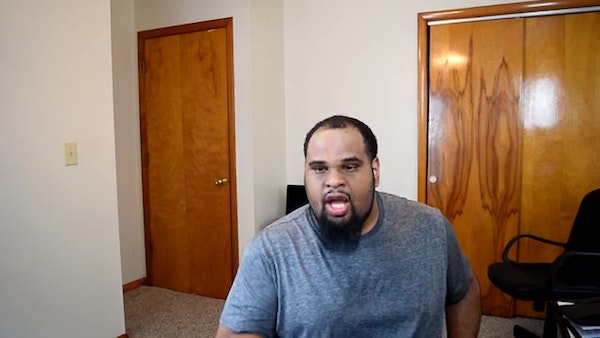