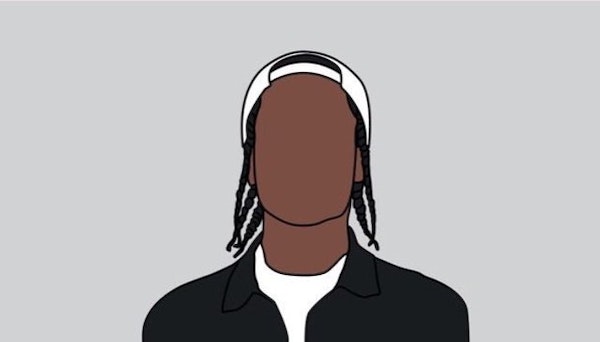 To say that the imaginative constructs that leak from A$AP Rocky‘s brain aren’t innovative is absurd – check his pedigree. LiveLoveA$AP punched through rap mainstays in 2011 and ushered in the cloud era of rap – a subset of the genre that focused on atmosphere and otherworldly aesthetics in lieu of lyricism and bravado. It led to the mainstream breakout of the A$AP Mob as one of the most creative collectives in the game, save for Odd Future who ties the group in sheer outlandishness. As the years have turned, bridges burned and relationships forged, the Mob has grown colder, tighter, and more focused around Rocky, the spearhead of the collective. His creative exploits, from working on his unreleased beat tape Beauty And The Beast: Slowed Down Sessions to working with MTV as a Creative Director, have constantly pushed his music and the group’s aesthetic to new levels. With the announcement from Rocky, stating that a new album from him will be coming by the end of this year, fans can only speculate as to what Rocky they’re getting on this project – his unpredictability makes for an entertaining guessing game.

2013’s LongLiveA$AP showcased the first inkling of experimental evolution, with singles forged of the most obscure influences of the time period. The production of the album’s lead single, “Goldie” sounded akin to soldiers of the Revolutionary War, bereft with instruments to rouse the troops in patriotic splendor. “Fuckin Problems” followed shortly after – the posse track, featuring the most mainstream appealing rappers of the time period in Kendrick Lamar, 2 Chainz, and Drake, was entrenched in World Wrestling Entertainment sheen. The sheer absurdity of the song, combined with the simple yet exquisite choice of a music video, made it an instant hit across the world. The following two singles, “Wild For The Night” and “Fashion Killa” were polar opposites – the prior being an ode to the techno scene populated by Skrillex and the latter being a Shakespearean Sonnet directed at the high-end clothing brands he so covets. Through the rest of the album, along with the prowess showed on the singles, showed that Rocky attempted to focus on lyricism amidst the loftier budget and production in comparison to LiveLoveA$AP.

At Long Last A$AP came at a time where the hype train was starting to cool off slightly – working out perfectly for the type of music that he wanted to create. Rocky’s never been just a rapper who happens to be vastly informed of high-end fashion – he’s an artist who uses his words as the production of the track and builds the actual lyrics through the many different layers that constitute his lyrics. On A.L.L.A., the monster’s shackles were off – he was at his most experimental, showing evolution since Long Live A$AP. “Canal Street” is the proper beginning to the album, serving as a quiet and soft spoken introduction to a funhouse of sonic oddities. “L$D” is as trippy as the name and video portray it to be. It’s barely hip-hop – more of a rock and country amalgamation – and shows Rocky at his most vulnerable – singing about drugs in as loving a voice as one who serenades a significant other. “Lord Pretty Flacko 2” is the inverse of “LSD” – it’s loud, exuberant, and harsh – and it’s arguably one of the best tracks. These two tracks aside, the album shows Rocky continuing to twist away from genre norms and test out new cadences and abilities.

With so much time off, popping up for appearances in Mob compilation projects and various guest features, Rocky has had years to continue his path of constantly changing. The possibilities are nearly endless thanks to his commitment to never make the same song twice. Hopefully, we get to listen to Beauty And The Beast: Slowed Down Sessions, but if not, I’d be more than happy for another solo project from New York’s most creative artist. Just as meteorologists can never predict the weather with 10o percent accuracy, we can’t be sure that Rocky hasn’t already found his creative niche and decided to stick with it. But if I know him, which I don’t outside of his music releases, I bet that what we get will shock us and continue to push the bar in ways we didn’t know were possible.