Over the past few weeks, we’ve received more than a handful of music video submissions opening with a disclaimer in regards to weapons and drugs that may be ‘portrayed’ in the video. The disclaimer usually reads something like this; “Disclaimer: any weapons or drugs seen in the following video are props and for entertainment purposes only”.

Personally, these disclaimers annoy the shit out of me (nothin against The Kid Wes above tho, “Wasabi” video is dope). First off, you’re not fooling me. I know the difference between real and prop guns, even tho real guns are often used as ‘props’. And I know the difference between real and prop drugs. I’ve shot videos with both, both ways. I’m sure a lot of the audience can tell the difference too. So when I see these disclaimers, my personal feeling is, ‘alright guy let’s just get to the music video, you’re not fooling anybody, ya think I’m silly?’. Now before you jump down my throat, I realize these disclaimers are not intended for the audience but in actuality to protect an artist, previously in trouble with the law or otherwise, from future trouble with the law. But as I said, you’re not fooling me, so I have to think, you’re especially not fooling any judges or attorneys. But a lawyer I am not, so I went ahead and hit our Attorney, Joe Klocke, to dive into the legality behind these disclaimers to see if they are really as stupid as I feel they are or are if they’re naively necessary.

Do video disclaimers like the above really hold any legal standing in protecting an artist from any sort of legal trouble for gun or drug possession?

First off, what exactly is a disclaimer? In short, a disclaimer is an attempt to repudiate or deny a potential claim. Now that we understand that, let’s get to it. So, do disclaimers provide any legal protection or defense against charges later brought against you? As with the answer to most legal questions: it depends.

Now, it is no secret that prosecutors are and have been using rap lyrics and/or visual depictions of guns/drugs as evidence in their cases against artists or performers. And this evidence is typically offered by the prosecution in a few ways 1) as party admission: author/actor admits to owning a firearm, knowing how to make drugs, 2) character evidence: author/actor depicts himself as a violent person or character 3) and to balance probative value vs. prejudicial value: do the lyrics or guns/drugs make other evidence more probative or prejudicial.

Many argue that rap lyrics, music videos or other visual ‘performances’ should not be considered as evidence in a criminal trial. These critics cite artistic expression and freedom of speech or imagination as their sources. And you can hardly blame them, as art, in general, is constitutionally protected. Not to mention there are so many confirmed instances in which famous rappers have been “outed” as not actually living the lifestyle in which they rap about. Future, Rick Ross and Slim Jesus come to mind. “Nobody believes that Johnny Cash actually shot a man in Reno just to watch him die.” – so why should the rappers’ lyrics and videos be treated as admissions?

The irony is that the rap music business has always strived for representing authenticity and realism when it comes to street cred, wealth and drug use. Rappers routinely claim they are the hardest, highest, richest, coolest, toughest, etc. rapper in any category. On the other hand, it is also hard to argue that rap lyrics and/or visual depictions of guns/drugs should not be evidence, especially when the guns and drugs, as opposed to the truthfulness/accuracy of the lyrics, are authentic and by doing so are resulting in the commission of other crimes – i.e. why should rappers/artists/performers documenting their own crimes not be used against them based on a technicality that it is included in the music video?

At the end of the day, the question of “should” really ends up being irrelevant, as prosecutors are, and will continue to use or attempt to use, rap lyrics and/or visual depictions of guns/drugs as evidence, regardless of their right to. Unfortunately for Takashi69, Tay-K and YNW Melly, they learned this reality the hard way. From what I have read, the local practice has been left up to a judge’s discretion and asking whether the jury can be expected to differentiate between fact and fantasy.

Now, as I originally stated, the legal effect of the disclaimer really depends on a multitude of factors, including the exact wording, whether the viewer consented to the disclaimer, what the content being produced with the disclaimer is, and finally what crime you are being charged with. 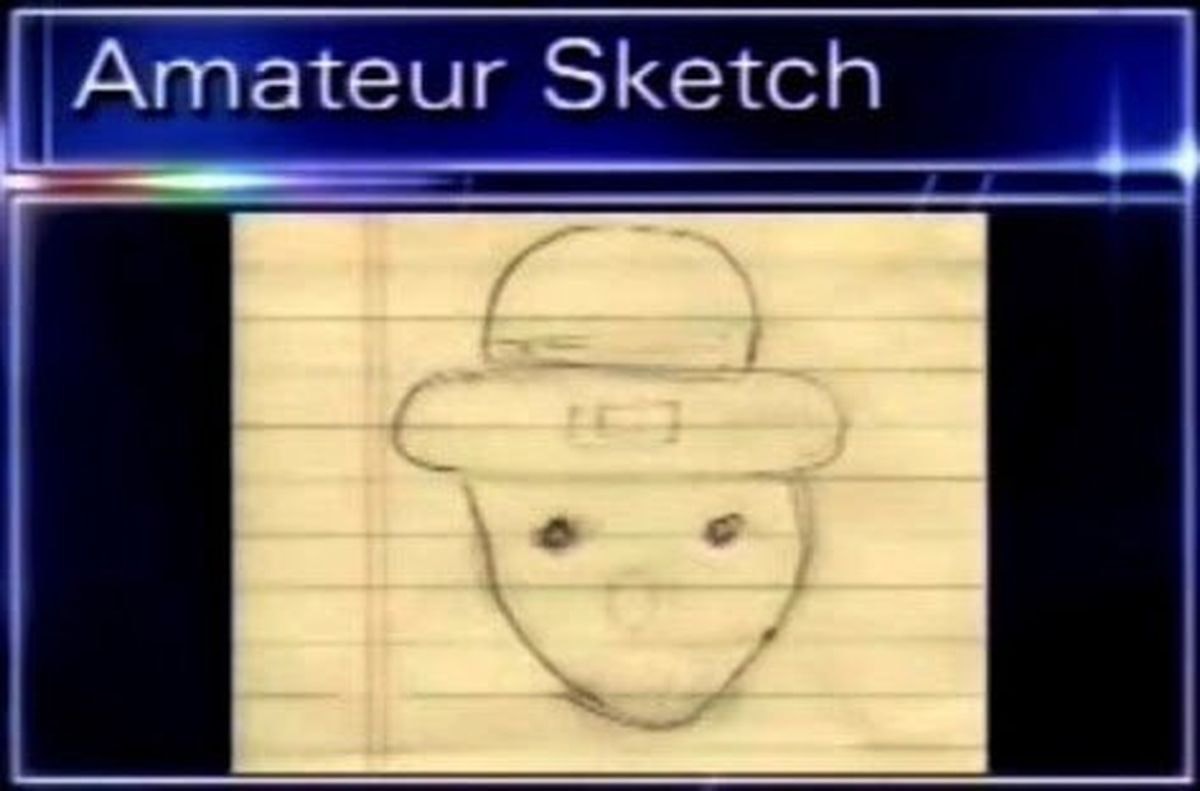 Issuing a “for entertainment purposes” disclaimer affords producers creative liberties in the TV shows and movies they make – so they can’t later be sued as presenting facts to their viewers. Think UFO or ghost hunters shows. Producers of these shows don’t want people claiming that they were presented actual photographic evidence of aliens if the show displays an artist’s depiction of what an alien might look like. That same type of disclaimer doesn’t really make sense to put in a music video as music tends to inherently be considered as consumed for ‘entertainment purposes’.

If a claim against you is for issuing a threat, a disclaimer MIGHT help your defense if it were worded in a specific way that states that your lyrics and video are not meant to be considered a threat by any one person or persons. However, good luck justifying that to a jury if your lyrics contain specific threats to a specific person. That being said, no disclaimer is going to help you if you’re actually filming yourself breaking a law. If I rob a bank and have my videographer drop a music video showing the robbery on Elevator, I am still going to prison for robbing the bank because I am committing a crime. Despite any disclaimer.

What about just holding a gun in a video? Guns are not illegal, so does it help you in any way to call a gun a “prop”, unless it’s an illegal gun?

If a claim is brought against you for any number of firearm, drug or alcohol-related crimes, or a parole violation, a disclaimer is not going to help your defense. If I am brandishing weapons on the sidewalk, a disclaimer could act as a defense against a claim of public threat, as I said, if your disclaimer is properly worded. Now, it goes without saying that filming a music video with legitimate “props” is not illegal. However, a rapper/artist representing that the guns/drugs are “props,” when in fact they are not, is a fraudulent misrepresentation – US Law explicitly states that all imitation, look-alike and toy firearms must have affixed an orange barrel plug and may only be waived for items that are solely intended for use in the theatrical, movie or television industries. So if you are using real guns in your videos, it’s probably not in your best legal interest to refer to them in writing as props. As you said, guns aren’t illegal, so unless you’re legally not allowed to be in possession or in the proximity of weapons, using illegal weapons or using legal weapons in an illegal fashion, you’re not breaking any laws.

What about drug use or drug ‘props’? Can anyone really prove if a drug depicted in a video is actually an illegal substance? Isn’t that why law enforcement uses field test kits?

As far as proving something in a video to be a specific substance, I’m not sure I can answer that, that’s probably a separate question. I think what would end up happening in a situation where a defendant was being brought up on drug or firearm charges; If a music video that captured a defendant participating in the holding weapons, or drug use or other activities the defendant otherwise should not have been participating in, as evidence. A judge would allow a jury would be left to make its own decision as to the validity of any evidence.

So are disclaimers necessary or just overkill? Are they going to get you if they want to get you?

Again it all depends on the intent of your disclaimer and the content. As a general rule of thumb, avoid making false claims. You should really only be using the words “for entertainment purposes only” when you want to avoid having an audience misconstrue art as fact or reality. It’s meant to be used to inform the audience what they are viewing may be fictional, staged, exaggerated or unproven. So if you’re using real guns in your video, don’t refer to them as props. If you are using prop guns, drugs or otherwise and don’t want your audience to assume their real, then you can state that in a disclaimer. The bottom line is, you can’t film yourself breaking a law or court order and call it artistic expression. Disclaimers are no way a guarantee of avoiding any kind of prosecution or alleviate you of any criminal liabilities and may end up hurting you in the long run if you don’t understand the legalities behind them.

DISCLAIMER: The content provided in this article is intended for informational purposes only and should not be construed as legal advice and should not be relied upon or acted upon without retaining counsel to provide specific legal advice based upon your particular situation, jurisdiction, and circumstances. No duties are assumed, intended or created by this communication. No attorney-client relationship is being created by your review or use of this material.