The History Of Crying Jordan And Can You Get Sued

In honor of MJ’s 53rd birthday today, take a quick look at the legality and history of the Crying Jordan Meme. 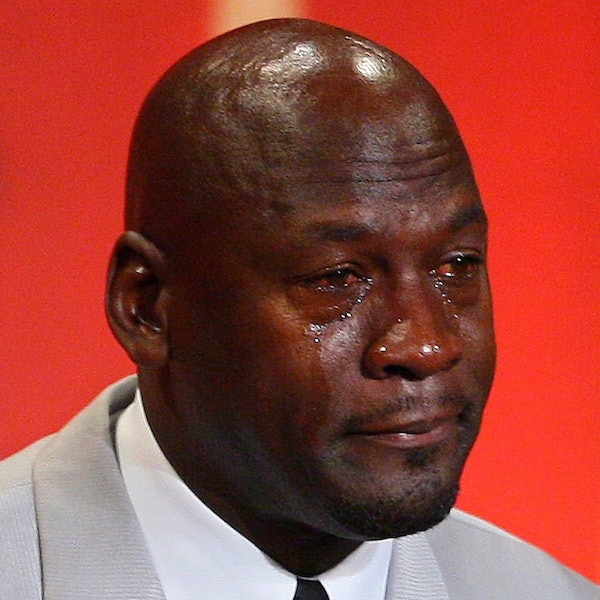 In honor of His Airness’s 53rd birthday today, there has been no shortage of crying Jordan memes being rehashed. We thought it would be appropriate to take a look back how it all got started.

Associated Press photographer Stephen Savoia, captured the image of Jordan crying, back in 2009 when Michael was being inducted to the HOF and knew he had something special. He didn’t know however, that it would create an Internet frenzy.

“It was the first time in maybe 40 years I had ever seen an athlete cry,” Savoia told the Wall Street Journal. “There’s a real distinction between honest emotion and what we in the business call ‘jubi’ or jubilation. … Michael Jordan crying. That was a real moment.”

One of the first uses of the meme originated sometime in April 2012, in the midst of a 23-game losing streak by the Charlotte Bobcats and ended the season racking up only 7 wins for the worst single-season winning percentage (7-59, .106) in NBA history. 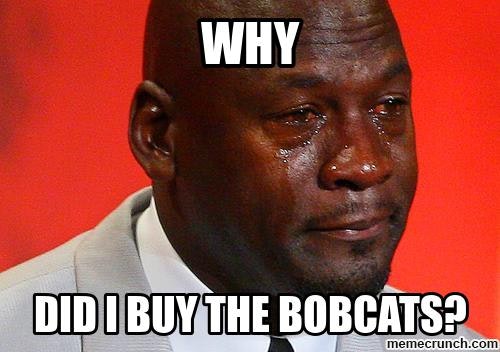 When will the Jordan cry face not be funny? NEVER RT @comfuhd: @CBSSports pic.twitter.com/8eckgOl7zO

Now to the real question, can you be sued by Jordan for this?

In short, in most cases, no, probably not. The Associate Press does own the copyright for the photo. And could sue you if they felt their rights were being infringed. In regards to memes, they are considered transformative art pieces in nature and therefore fall under fair use guidelines. That being said anyone can technically sue you for anything anytime. But head on over to espn.com to check out their full article that explains the legality of the crying Jordan meme more in depth.