Features
Oct 9, 2018
The Element of Surprise in Music

We examine the art of surprise in music releases.

Life is full of surprises, and the music world is not exempt from that reality. Artists are constantly seeking ways to stand out and provide fans with unique experiences. Nowadays with social media being such a machine in driving opinions and trends within music, and information and songs leaking on an almost daily basis, artists have still found ways to keep some things under wraps and because of that, they have created some memorable moments in music.

When there are no singles, no leaks, no tracklists, features aren’t listed, tours aren’t announced, and fans can’t create their own expectations leading up to a release, the experience feels more authentic. You tend to take everything in and consume things more natural and intently. Fans are more susceptible to an artist’s influence and intent than being driven by their own beliefs. There have been a few recent examples that illustrate how the element of surprise is a powerful tool in music when utilized properly.

Detroit rap legend Eminem sat down with iconic Hip Hop personality Sway this past September 11th to discuss his album Kamikaze and all of the drama and critique that either lead to its release or followed its release. One specific tidbit he shared pertained to why he chose to surprise drop the album on August 31st.

“If you say you got an album coming in two months, you give people time to say ‘he better have a song like this or I ain’t fucking with it. He better not be rapping like this, he better not be rapping about this, or I’m not going to fuck with it.’ You can go into anything beforehand with the mindset of ‘this is gonna suck’. I feel like giving them no warning was the best thing to do. When the Revival track-list came down the pipe, it was like, overwhelmingly, ‘this shit is gonna be trash’. A lot of people had already formed their opinions.”

Revival had not been received well by the people upon its release and Eminem was under a lot of criticism. The majority of folk were ready to cancel the album. Kamikaze, on the other hand, sent the internet into a frenzy when it was dropped out of nowhere. It was celebrated as Eminem’s return to form by stans, fans and Hip-Hop purists alike, feasted on by the media to supply headlines for the next month, and a nice fresh batch of material for those looking to go viral with a funny tweet, meme, or gif.

The album featured Royce Da 5’9, Joyner Lucas, and Jessie Reyez. It got Joe Budden to dedicate nearly an hour and a half to ranting about his relationship (or lack thereof) with Eminem, the ways his group Slaughterhouse were held back, and why he felt the domestic abuse insult thrown toward him wasn’t worth him coming out of retirement for. Machine Gun Kelly was propelled into the full-on mainstream limelight with the bars Marshall Mathers threw at him.

This lead to them trading entire diss tracks, with MGK quickly releasing “Rap Devil” and Eminem taking a few days to breathe before replying with “Killshot.” In a year where Hip Hop beef has especially felt in excess, in large part because of social media, this beef was interesting given its origins dated back to 2012.

Eminem has never been shy about talking smack, but the element of surprise in not promoting the album, coming less than a year after the release of Revival, made it that much more intriguing. And while Eminem had a few surprise cups of tea to spill, Beyoncé opted to just open the kettle and pour it out when she surprised fans with Lemonade in April 2016. 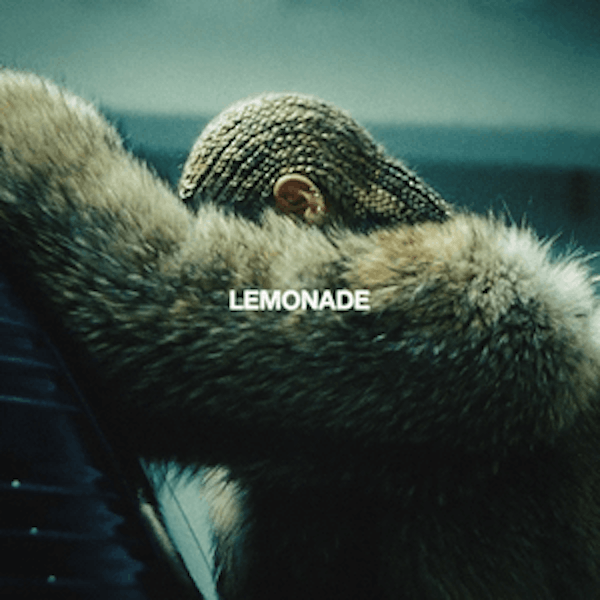 Opening up about the infidelity in her relationship by her husband, the legendary JAY-Z, Queen Bey took over fans’ Saturday’s with the Tidal exclusive drop that debuted at #1 on Billboard. She commanded several different genres, linking up with Kendrick Lamar, The Weeknd, James Blake and Jack White over 12 powerful tracks and a full film. The moment shook the Beyhive up and snatched wigs like never before. Oh, well there was that one other time she decided to surprise drop a collab album with Jay toward the beginning of Summer 2018. 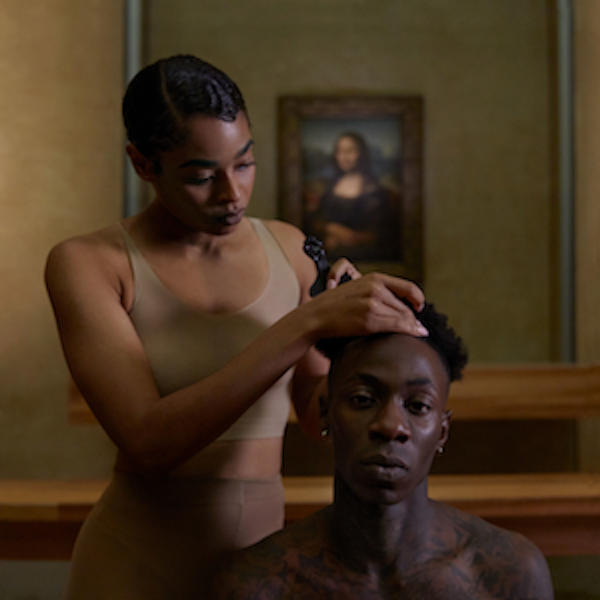 The June release EVERYTHING IS LOVE took over yet another Saturday, with The Carters giving fans a look at what it felt like to move past something traumatic in a relationship and be happily in love over the course of 9 unique songs. It was an especially groundbreaking release as the month had been dominated by releases from Kanye West‘s buddies from G.O.O.D Music and this particular weekend was dedicated to Hov’s old rival, Nas. Whether intentionally petty or not, The Carters took over and fans celebrated the fact the collab album they wanted for so long had finally come.

As a couple made up of one of the greatest singers and rappers of all-time, there was a feeling of excitement seeing that the veterans still had something to say and the desire to give us music in this streaming era dominated by younger acts. Frank Ocean, 30, isn’t necessarily a “younger act” but his vulnerability and uniqueness in singing about love and life have made him an artist this generation consistently wants new music from. He’s always been a mystery, rarely doing interviews or using social media. While annoying for fans who want to know every detail of his life, the mysterious aura oddly made him more likable. Although it was especially frustrating being a fan of Frank Ocean fan in 2015 when several fake release dates and an album titled Boys Don’t Cry were teased. It is uncertain whether the fake release dates came from his camp or not, but it kept Ocean relevant and allowed consistent speculation about when he would drop his album until he just dropped it out of nowhere at the end of August 2016. 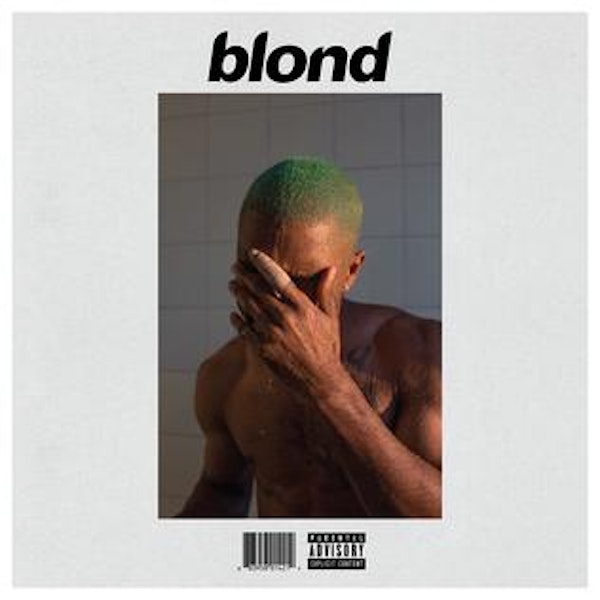 Blonde was a collection of moody, deep R&B tracks. Fans were ecstatic to finally have a project from Frank, especially one like this. It took over music for quite some time and was quickly regarded as a class and album of the year candidate. It’s a label thrown around often in this day and age, but Frank is one of those artists who is among those always expected to deliver a project of that magnitude.

Houston superstar Travis Scott is also among the elite in this current generation, and he too surprised the fans big time at the beginning of August, but on a slightly smaller scale.

Astroworld had been promoted for nearly two years leading up to the release on August 3rd, and though Cactus Jack released a good amount of music since Birds In The Trap Sing McKnight, there was a feeling he was putting a whole different level of energy and work into Astroworld. There were rumors and predictions about who would be featured, but when it came time to listen to the album the tracklist was devoid of any names but Travis Scott’s. 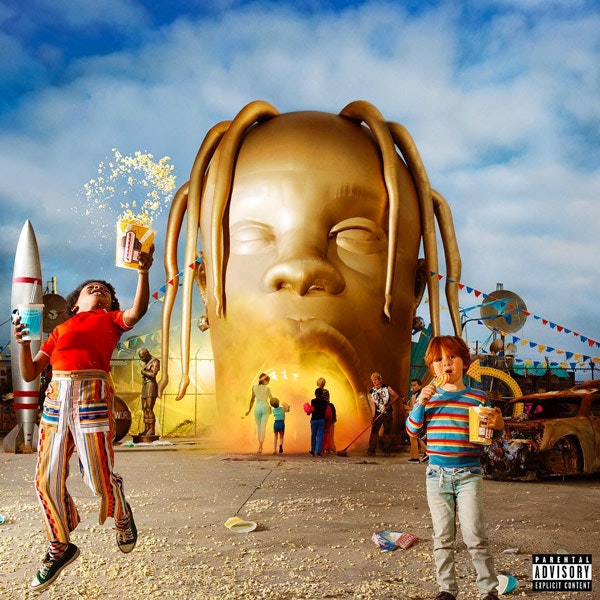 Upon listening to the album, social media blew up with listeners naming artists and producers they recognized. The A-List guestlist featured names like Drake, Frank Ocean, Swae Lee, Migos, The Weeknd, Kid Cudi and his hums, Stevie Wonder’s harmonica, 21 Savage and many more heavy hitters. With no listed features, the only thing people knew for sure going into each song was that Travis Scott would be involved in some way. The shock factor along with the overwhelming majority feeling it was well-produced, amazing sounding music propelled Travis Scott to a #1 debut and enter into the conversation for album of the year once again.

It was just an enjoyable guessing game and Trav is all creating a positive experience for the fans, much like J. Cole does with his pop-up shows. Cole is regarded by many, older and young fans alike, as being among Hip Hop’s elite. He has taken the route less traveled by, with his last three studio albums having no features. Each one, though, has successfully achieved Platinum status according to the RIAA (Recording Industry Association of America). He’s made a lot of money and can very easily stick to charging a bunch of money for a huge tour. However, he’s aligned himself with the “common man” persona he’s donned and been known for more recently and treated fans to pop-up shows in the summertime in New York City.

New York City is home to many venues artists constantly utilize to put on crazy shows and gather thousands of fans willingly paying hundreds of dollars, but these pop-up shows which occurred from 2013 to 2016 were for $1. He would Tweet out the name of random location a few hours before doors would open, and then show up and perform. People would leave work early, sprint to the MTA, or literally sprint blocks to get in line and see the Dreamville artist.

Back in April of this year, he brought the pop-up show back to NYC to treat fans to a free, early listen to KOD. There was limited space, but those lucky individuals who could get in experience a big-time performance for the price of an Arizona Iced Tea or nothing at all. It allowed fans to feel more connected to Cole, but also regard him as an artist who was capable of drawing a huge crowd at the drop of a Tweet. It was because of this, that Cole’s every move is clocked. No one wants to be one of the people who missed out on a surprise announcement by J. Cole.

There are several other artists who have made use of omission or big surprises in music, and it is likely that will continue on. It is clearly impactful and has lead to success for those who have been able to stay hush about things they have planned. In a genre where it’s easy to try and fit a certain mold or fall into the pack so as to not seem like an outlier, there’s a certain appeal to deviating from the norm in terms of strategies in music and its promotion. Surprises should always be prevalent in music because often our experiences are hindered or tainted by our expectations.