The Current State Of: LOS ANGELES

We head to the City of Angels for this months installment of The Current State Of. 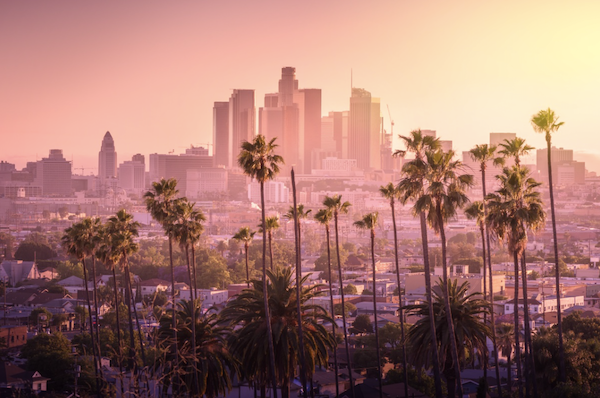 My last profile on the incredibly talent-dense Atlanta scene was met with much praise and criticism which was frustrating, yet not unexpected to me. While this article’s goal is to focus on the Los Angeles scene, specifically six artists that I am currently most enthralled with that would fly under the radars of many, I wanted to make sure to make my intentions for this series abundantly clear. I am not intending in any way to rank these artists on either skill or clout, and would much rather bring a spotlight to artists from these cities who are not very well known to the general public, and perhaps not even record labels for that matter, with the sole intention of showing fans the work of some wildly talented, yet relatively little-known individuals.

That being said, the Los Angeles music scene is laden with great artists in every single genre and sub-genre, and I wanted my profile to reflect this. I attempted to shine a light on more alternative artists, as well as a great many rappers, which are our site’s forte. Once more, this is not in any way to rank these artists, but rather to bring light to these following artists who deserve more love from mainstream audiences, that I feel like are destined to blow-up in one way or another through their music.

I would also like to thank my friend Rosecrans Vic for his great help in formatting this list and bringing my attention to hundreds of artists making noise in the City of Angels, and I attached his self-curated Audiomack playlist “Hometown Heroes: Los Angeles” rather than making my own, as his knowledge of this scene is immense and thorough. 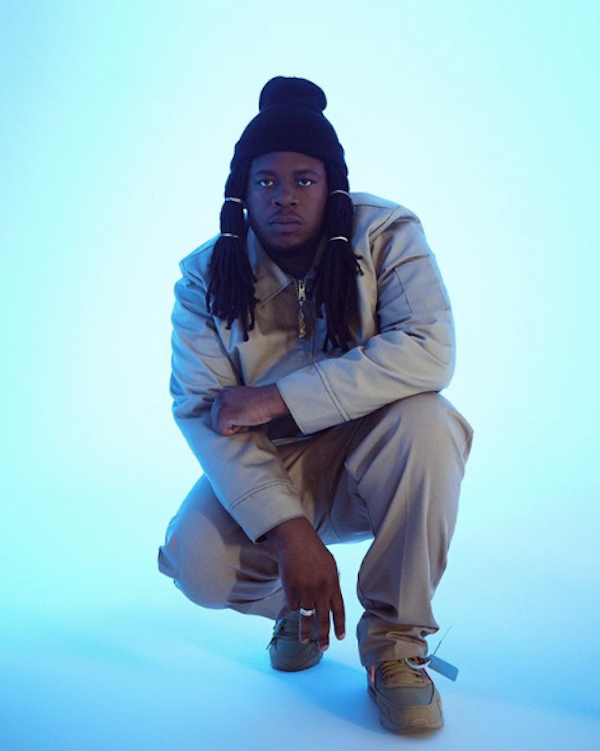 ICECOLDBISHOP is one of the most technically gifted rappers in all of America right now, whether he is well-known in the mainstream or not. His bag of flows is seemingly endless and his ability to cycle through pitches and inflections is almost jaw-dropping, and his COLORS performance of his track “IRATE” (linked below) exhibits all of this talent. I first heard ICB last year when he was featured on a low-key Tedy Andreas song titled “Mob Ties” and he was seared into my mind from there on with his absurdly hard line, “Play with me his family picture’s on a milk carton, hop up off the bench and get to shootin’ like I’m Will Barton,” which was an incredible reference to an NBA fan like myself. Just this week ICECOLDBISHOP was even profiled by Complex (along with our friend Kenny Mason from the Atlanta edition) as one of the most hyped artists on the rise currently. It is only a matter of time that this hype spreads from people within the “industry” to the mainstream, and ICB has collaborations on the way with the illustrious CardoGotWings and Kenny Beats. Recently, he was announced as the opener for Northampton, UK rapper Slowthai on his inaugural American tour, and that is one of the best looks imaginable for an up-and-coming artist. I am so eager to continue seeing ICECOLDBISHOP develop as an artist and see the whole world begin to become aware of his talent. 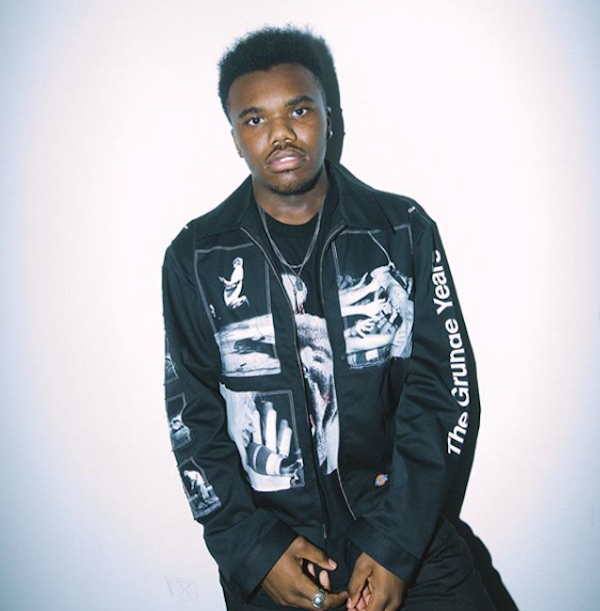 Chances are that if you are reading an ELEVATOR article you are in tune enough with the current rap climate to have Baby Keem stamped firmly on your radar with his remarkable project DIE FOR MY BITCH that, as Keem pointed out to me on Twitter, was NOT a debut album and his inaugural LP release will be even more critically beloved than DFMB. However, although Keem was introduced to most fans this year, his production work landed him placements on numerous large artists projects ranging from TDE releases to even Beyonce on the new Lion King soundtrack, and he had his hand directly in the production of each track, which is the only news that could make the eighteen-year old’s album any more impressive. DIE FOR MY BITCH showed a variety of sonic angles to Baby Keem from his mainstream-friendly “Orange Soda” that has streamed at a very high rate already, to his grungy and emotional song “My Ex” that saw Keem on an instrumental solely driven by a guitar. His production alongside Cardo and Bekon on “Moshpit” was unbelievable, and one of the most memorable songs on his project, in my opinion. Some more hardcore fans of Baby Keem remember his first taste of streaming success with his infectious track “Baby Keem,” and a select few even heard his most early material that was on Spotify under his government name Hy’Keem Carter. Baby Keem is bound to have a great deal of mainstream longevity and I am beyond eager to hear all of his creations in the future. 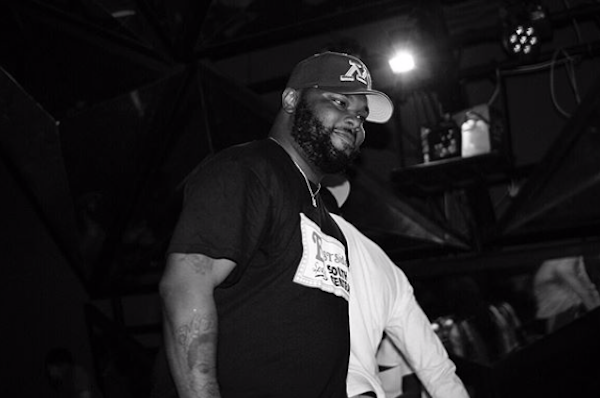 I was previously unaware of Airplane James, but thanks to Ishmael Soto, a prominent figure in both the Los Angeles and Bay Area scenes, I was put onto this multi-talented artist. His project Eastside Special is an easy listen for all of its five tracks and was spiced up by a number of local features that are all also integral parts to the LA scene, but unfortunately, there was not enough room in this article to highlight the lot of them. His track “FWU” was met with a deal of critical acclaim landing itself in a number of blog sites, including HYPEBEAST, that was a phenomenal look for the ascending talent. His ear for beats is undeniable as all of his music is centered over soulful and head-knocking instrumentals that bring out the best in James’ delivery. He easily cycles between rapping and singing passages which allows him to quickly flip the vibe of any given song. Keep an eye on Airplane James as he continues to develop as an artist and land on the radars of more listeners both locally and nationwide. His genuineness and gift of connecting to his listeners will be very valuable to him and undoubtedly endear new ears to his music. 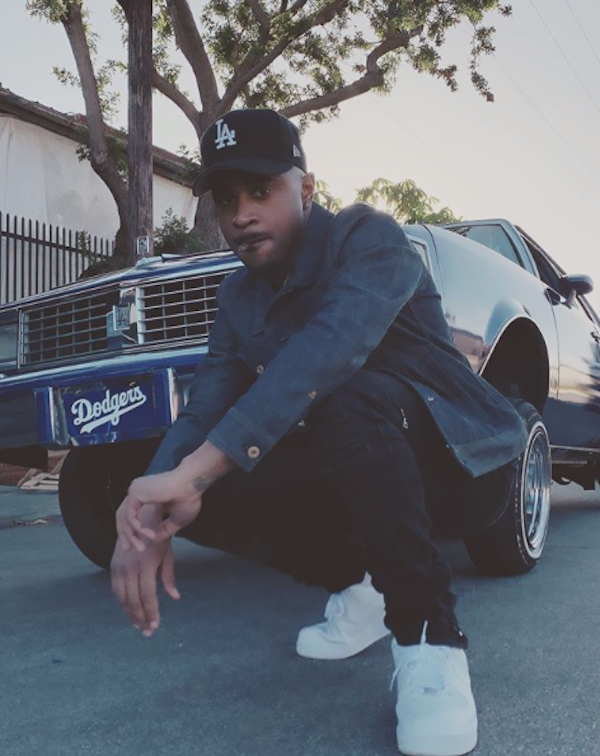 Los Angeles rapper J.R Cruise has recently begun to receive more acclaim from both his city and the internet, and I feel like I hear his name quite often when discussing what artists are “up next” and his recent album Seeds is a great example of exactly why people are so excited about this artist. He paints a vivid picture of his upbringing in Los Angeles and each song is an interesting vignette of what an upbringing and life in the City of Angels looks like. His voice is memorable and soothing to listen to and Cruisalino has a great gift for cycling through flows and pitches to keep his rhymes interesting. As Lyrical Lemonade’s Seamus Fay beautifully summed up Cruise’s album, “Seeds is more than an introduction to the newest star-in-the-making from the West Coast — it’s a slice of the life that Cruise lives. All the way from jumping party anthems to more reflective cuts, there’s a song to account for any and every facet of his life, and even while encapsulating such a wide spread of sounds, styles, and perspectives, Cruise never loses track of who he is and what he represents.” He epitomizes the idea of music being cinematic and listening to J.R Cruise’s music is like listening to one of your friends that is especially good at telling stories recounting his more memorable tales. I can’t wait to see what J.R Cruise has in his bag after Seeds. 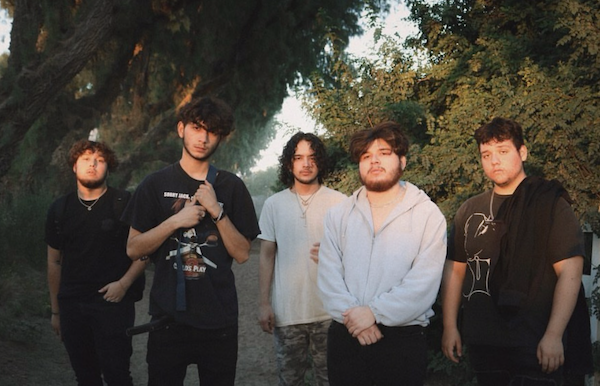 After coming to my recommended on SoundCloud from a Dominic Fike song early this year, LORD$OFDOGTOWN have since been one of my favorite acts that many have not yet had the pleasure of listening to. Their most popular track “PANIC” is wonderfully melodic and filled with incredible rap passages driven by an instrumental consisting of an uplifting piano melody, subtle percussion, and a drifting guitar riff that lends itself perfectly for each individual member to use their unique skillsets to attack the beat in different, yet masterfully coherent styles making an almost flawless release. Their subsequent track “AUTUMN” was a more grungy tune driven by a whiny electric guitar that picked up into a head-knocking beat that shows more of the group’s melodic prowess, as well as rap skill. Following these tracks, the group took a turn for some more hardcore, punky tracks that while being a completely different sonic make-up, fit into that niche beautifully and don’t seem at all like they are reaching to fit into that lane. As one of the few people who had the treat of hearing their unreleased album, I must say that these guys have a massive future ahead of them, and I could easily see them becoming a Brockhampton like collective that launches some of them into illustrious solo careers. I am so, so excited to see them keep developing and hear their creations moving forward. 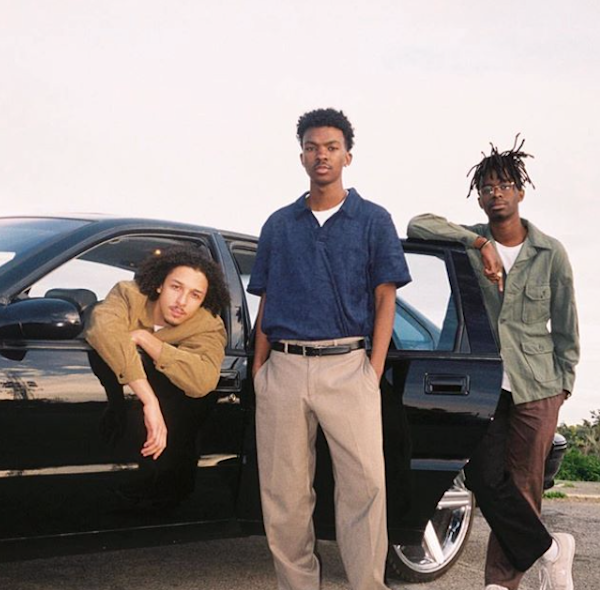 Similar to LORD$OFDOGTOWN, Your Grandparents is another excellent group out of Southern California characterized by their easy-listening alternative tunes that naturally connect with youthful audiences and whenever their sounds coarse through an aux-cord the mood is quickly set. They play off of each other’s skillsets masterfully, which is the key element necessary for any group or collective of artists, and their member Jean Carter has even made strides in his own solo career, landing a coveted spot on Spotify’s Fresh Finds playlist that immediately boosted his personal notoriety, as well as Your Grandparents’ stature as a whole. Their music goes down very smoothly and is packed with a blend of youthful angst and ignorance and should connect quickly with younger listeners because of its relatability, as well as older ears that want a trip back in time to their younger days. As they improve as individuals and continue to learn how to play off of each other’s strengths and collectively cover each other’s weaknesses it seems that Your Grandparents will have significant longevity, either as a group or as solo artists because of their undeniable talent.

Tune in next month as we head across the Atlantic Ocean to the streets of London that are currently breeding some of the most exciting and hyped artists that are beginning to make in-roads into the American scene, as well as my playlist “UK Rap for Americans” that should serve as a solid starting point for US fans that may be ignorant of many artists across the pond, or unwilling to begin listening because of a barrier posed by their unique accents and deliveries.