The Current State Of: ATLANTA

Get to know some of Atlanta hidden gems in this month’s edition of ‘The Current State Of.’

From the early 2000’s up until now, Atlanta has been known as the top city in terms of producing  trap stars with mainstream cross over potential. From the likes of the Migos to more recently rappers such as Yung Bans, Lil Keed, and Lil Gotit. As we know, trap music has made its mark on and had some level of influence on nearly every genre in the current state of music. Trap music was birthed in Atlanta, and heavily influenced by guys like Young Jeezy, Gucci Mane, and Zaytoven. At this point it would be redundant to mention the names of all of the rockstars that were born and bred here, but nearly ten years later it seems that this wave may finally be declining.

This leaves a city filled with hundreds of creatives still making equally vibrant music with drastically different soundscapes. The new generation of ATLiens likely draws their influences more from Atlantas eclectic, genre bending creatives like ILOVEMAKONNEN, Father, KEY!, and going as far back as Andrè 3000. This isn’t to say that the trap sound is not still very prevalent and saturated in ATL, but this saturation has led to a new rash of creativity turning in different directions from the standard conventions that have come to be identifiable as distinctly Atlanta.

Here are five stand out talents who are blazing trails in a new direction, creating their own sonic landscapes in the city of Atlanta. 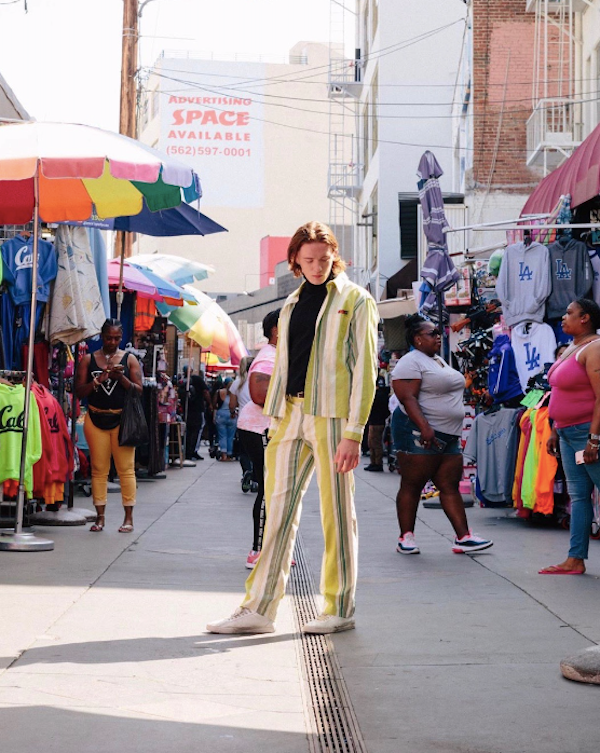 Grandma is easily one of my favorite new musicians. Not only in Atlanta, but the entire emerging music scene as a whole. His brand of indie pop is vibrant, emotive, and instrumentally diverse. Although he has just two songs out right now under this identity, it is clear that Grandma is one of the more talented individuals creating in the indie sphere at the moment. His debut single “Shallow Water” was accompanied by a very well directed video that everyone should see. Without saying too much, I’d say it’s safe to say the world will know Grandma, it is just a matter of time. 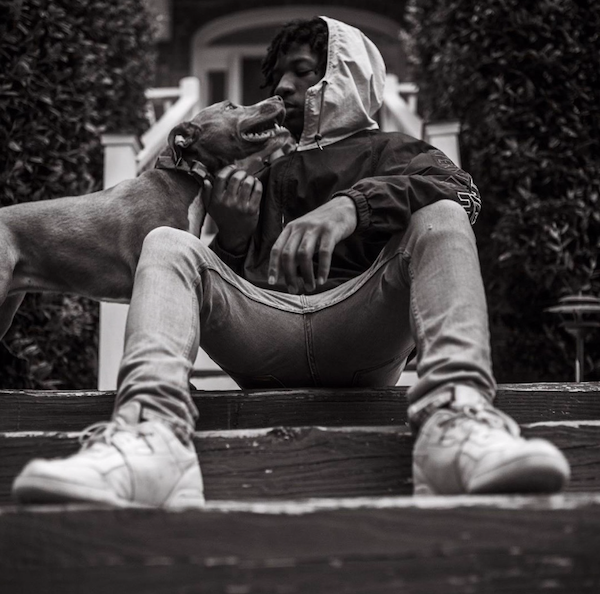 Kenny Mason has not uploaded any music to streaming platforms in the past year, but he has blessed social media users with an array of snippets which on thier own have created a significant amount of buzz and excitement amongst his following. Kenny’s music is sonically diverse, as he can float effortlessly across trap beats, more melodic instrumentals, boom-bap tracks, and even, most shockingly, shoegaze. His lyricism is not to be overlooked and in fact the line that hooked me on Kenny’s music first was the opening to his now-deleted track “Wings”. Kenny opened the record with the bar “Georgia Tech on my dad hat, couldn’t guess where my dad’s at,” which effortlessly sent my jaw to the floor. Kenny Mason is a star in the making and it is time the masses took notice. Now, it would be disrespectful to talk about Kenny’s musical prowess without mentioning his producer DvDx (David X) who is one of the masterminds behind Kenny’s sound. Down below the two friends display why they deserve a spot on this list. Check it out and keep watch on this guy. 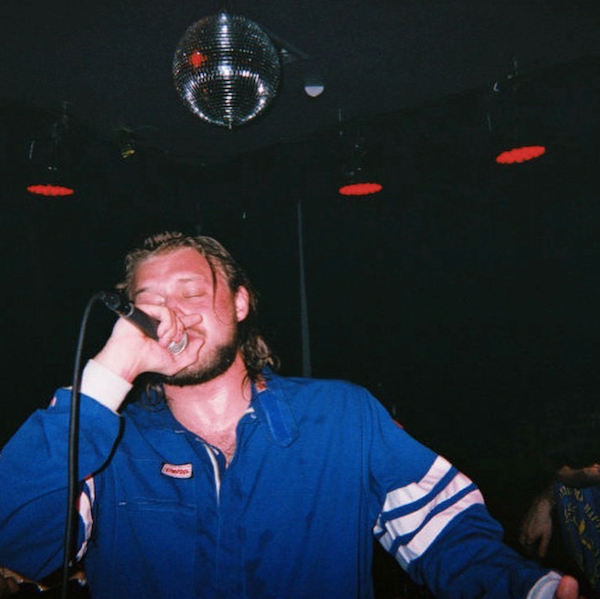 Anybody who has read the bulk of my articles here at ELEVATOR should be well aware of my fondness for Wiley From Atlanta. I’m a true fan.  From his first track I heard last year, I was immediately hooked by Wiley’s gruff vocal delivery and solid songwriting. Earlier this year he released his Blue Don’t Make Me Cry project that was met with critical acclaim and still holds my vote for one of the best non-rap projects to emerge from the Atlanta scene this year. Wiley is another star and his tremendous versatility will go a quite some way in paving the way for a long career for him. Press play below and tune in to an artist it would be a shame to miss out on. 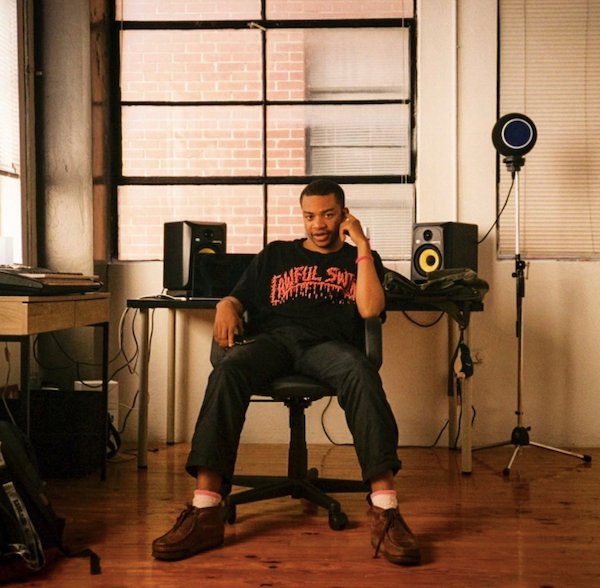 Atlanta native and Neilaworld affiliate Hanzo has began building an impressive reputation for himself off the strength of his production alone, but in no way is he limited to only making beats. His unique brand of auto-tuned, disco-y rap is a refreshing sound that has already begun to influence the underground across state lines and beyond the A. He has a tremendous level of versatility in his sound as “SUPERBLOODWOLFMOON” is more melancholy with a distinct bounce, while “MULHOLLAND” is a bellicose banger. Hanzo’s technical ability and overall influence on the current state of budding creatives in the south is clear, and he is just getting things started. 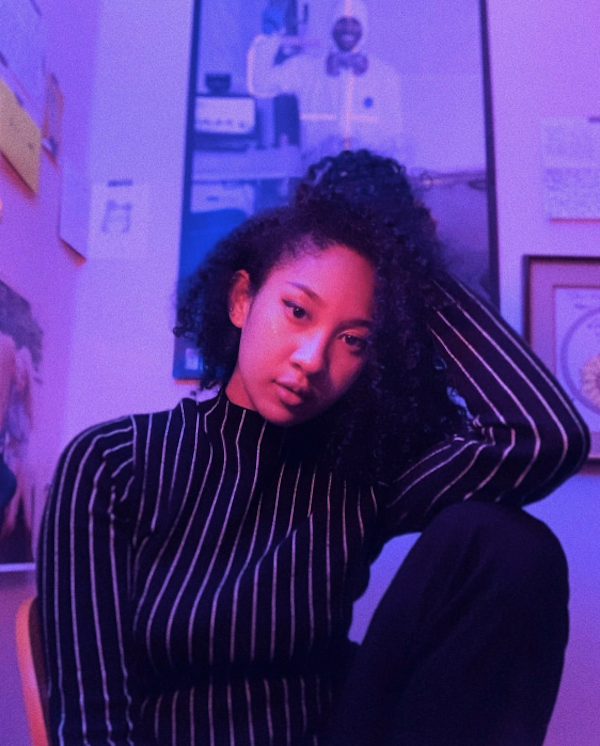 SAKURA is the most mellow artist on this list today, and her sleepy indie ballads have earned her respect from both music obsessed indie fans as well as less intensive listeners that easily gravitate to her inviting vocals and emotions in her songs. Nicole Watson, the individual behind SAKURA, appears to be a gentle soul who is dedicated to turning feelings into sound. A trait that has ability to carry an artist a long way in a career as a singer/songwriter. She is pure and true. While listening, you’ll find she packs all of the sentiments of youthful angst and melancholy into her releases, making her tracks a fitting synecdoche for her generation.

By no means are these the only relevant or worthwhile artists in Atlanta, so we have provided a twenty track SoundCloud playlist for your listening pleasure to make sure you check out all of the talented artists Atlanta has to offer.