The Best Songs of the Week

Eight tracks that you cannot miss. 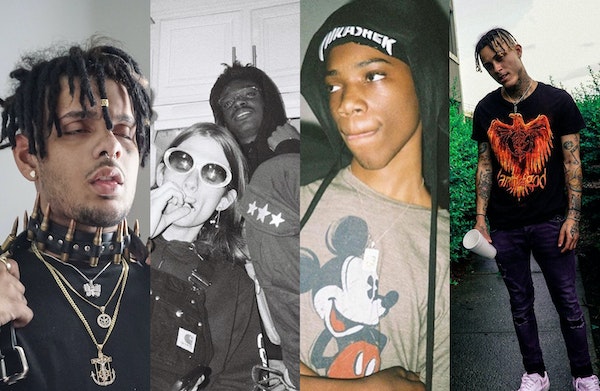 As September officially comes to a close, we look back on a week of unforgettable releases. Listen to new music from Rich The Kid, Duwap Kaine, Lil Skies & more below as we filter through mediocrity to bring you nothing but the absolute best.

A move from Maryland to California will leave any teenager feeling conflicted, and such is the case with Landon Cube. The nineteen-year-old sensation shapes a genuine sound on his latest, as his guitar leads the way for a vulnerable offering that’ll strike a chord with your deepest feels.

Danger Incorporated went nearly a year without releasing new material, but the Atlanta duo has retuned stronger than ever. Chillwave vibes and laid back melodies lead the way on ‘Ashley Olsen,’ as the Awful Records affiliates remind the interwebs of their dedicated fanbase and underestimated presence.

Prodigy is a strong word, but it’s justifiably used when talking about Duwap Kaine. The 15-year-old rapper links with Pi’erre Bourne on his latest, offering a gritty sound that’ll blow your subwoofers on impact.

The Bronx is a breeding ground for talent, and Cyph is here to remind us. His new addictive single ‘Designer’ showcases his stellar writing abilities on-top of his silky vocals; making for a radio-ready banger that’ll be stuck in your head after just a few listens.

After signing to Travis Scott’s Cactus Jack imprint, Smokepurpp shared a collaboration with the GOOD Music rockstar titled ‘Fingers Blue.’ The release came hours after Purpp unleashed his debut mixtape ‘DEADSTAR,’ and has since found itself as an official bonus track on the project.

Rich The Kid had been teasing ‘New Freezer’ for months, but it wasn’t until last week that he announced Kendrick Lamar would be appearing on the anticipated cut. The new-school has officially proven itself, as K Dot blesses the rambunctious track with a repeat-worthy verse as Rich puts forth his best effort to further expand his rapidly-growing career.

As he prepares for the upcoming release of his debut album ‘Falconia,’ Miami’s own Robb Bank$ shared four new tracks on the ‘Cloverfield 2.0’ EP. ‘Big Perc’ has proven to be an early fan-favorite, as he terrorizes a pummeling instrumental with fiery lyrics and sharp jabs.

Tags: best songs of the week