The Best Songs Of The Week

Stream the five new tracks below. 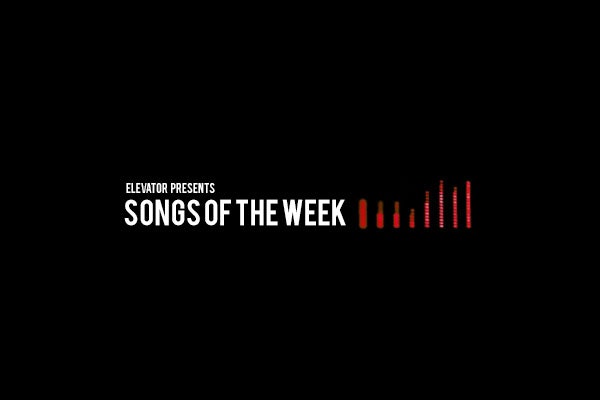 We know, it can be hard to keep up with new music when every Friday it feels like many of the best songs get lost in the Spotify shuffle. That’s why we here at Elevator are beginning our new weekly Songs of the Week series. Each Elevator staff member will pick their favorite recent release and give a brief write-up about why it deserves to be in your weekly rotation. Speaking of, you can find each of the tracks below and others on our weekly Spotify playlist, found here.

With all that said, let’s get to it. Read on for new music.

“Bakar’s debut album is packed with his signature sound, a mashing of alternative, punk, and pop. Handful highlights a bit of all these varied influences, with guitar rhythms, synth drums,  and a catchy hook. Bakar makes his mark by weaving in pop catchiness to his punk-leaning lyrics. The result is an impressive meeting of the musical minds. ” – Greg Gaffney

“On Changes, Rocky showcases his ability to create dense and dynamic sound without losing fluidity. The track is anchored by an interpolation of Andre 3000‘s classic verse on Int’l Players Anthem. Rocky sets the scene with angelic vocals and mesmerizing melodies. The song highlights Rocky ability to get introspective. Our favorite pretty muthafucka puts down the facade here and is simply Rakim, a kid from Harlem who achieved his goals, but at what cost?”- Leon Valdez

“Beginning with a tremendously catchy record in Gifford, FL YNW Melly has been setting the streets on fire. In the past few months his fan base has been further solidifying as he has been releasing a barrage of hard-hitting singles. His latest such release came this week with Whodie, another DrewFilmedIt directed visual that is a must see for fans.”- Jake Markow

“First off, watch your fucking mouth. Maxxkii starts off aggressive on Drunken Ninja Fist and doesn’t let up from there, reminding listeners to not pull up with that fuck shit. Maxxkii also dons an impressive flow over the booming bass. This one is sure to put your speakers on notice.” Bryan Zawlocki

“We’ve all heard the expression of having an old soul, relative newcomer Omar Apollo fits that bill to a tee. Having just celebrated his 18th birthday this soulful guitar savant is already transforming the indie landscape while putting Indiana back on the musical map. Ignorin is the latest in a growing line of impressive singles from Omar. While previous cuts have highlighted Apollo’s smooth vocals and subdued guitar riffs, Ignorin is the transformational funk odyssey that cements Apollo at the forefront of the genre. One of the most intriguing new acts of the year,  Apollo may soon have to rearrange his home decor to make room for some plaques, He’s that good. ” – Mike Squid