The Atomix Discuss Their First Placement, Their Work Ethic, and Having a Tiger in the Studio

Get to know one of the hottest producer duos in the game.

Music is cool because there are so many moving parts with their own set of intricacies. Naturally, most of the opportunities for face time come with the artists or performers. Not often enough do we highlight those behind the boards who provide artists the foundation to create a strong record, but we have the power to change that. That’s why it was especially fun to get to speak with The Real Chinoo and Tay Da Producer of The Atomix, producer duo based in Atlanta.

From being members of the same band to producing three tracks on A Boogie‘s recent #1 album Hoodie Szn, it’s been all along casting their net far and wide and consistency. Even after landing an early placement with Kodak Black, they soon realized the road wasn’t paved. They continued to grind and make beats, focusing on versatility and consistent improvement. The range of artists they have worked with is indicative of their ability to adapt and go beyond their calling. Along the way comes some very unique experiences.

What got you all started producing?

We were musicians playing in a band. There’s a genre called Go Go in DC, Maryland area. We were both playing keyboards for the same band and from there it kind of transformed into making beats on the regular. We were friends and we were always kicking it making beats together. Then in 2014, we were like “let’s make this a thing.” You know, a production duo.

How long was it before you landed your first big placement and what artist was that with?

Once you get that first big placement, was it like automatically working with Tory and Uzi or were you still putting yourself out there?

No, it’s a never ending process. We always try to find ways to elevate and get more. It’s never gonna be easy just because we got one placement or whatever, just got to keep going and keep going. Nothing was automatic, we just kept at it.

Is there a song you two have produced that you would say is your favorite?

Right now, I would probably say “Skeezers” or  “Savage” from A Boogie’s last album. He was really in his bag.

Talk about working with Lil Uzi. What was that like and which song did you end up doing?

So it’s actually an unreleased song and we weren’t even in the studio. We were just playing stuff for his engineer, and she DM’d to say “Uzi got on one of your records.” We were actually working out of the studio that Uzi was recording at the time. We just met up with K Lee a few days later and she played the song.

When making beats, do you make them with specific artists in mind or do you just kind of go off of whatever creative vibe you’re feeling?

Yeah, we go off of the vibes. You don’t want to limit yourself. I can hear someone on it, then someone else can come in and hear someone else on it. All the placements I got, I didn’t hear the artist who eventually got on the beat. It’s a placement though, you don’t wanna block your blessings. You can’t limit yourself. You just have to create that’s all, and let everything else happen. There’s a whole mood and energy.

How many beats would you say you make per week?

How did you guys get the name The Atomix?

Honestly bro, it was a quick thing. We just needed to come up with a name. We were hella young at the time. The Atomix was a rocket ship and there were two astronauts. They were the first ones to land on the moon in, in the Apollo 11. We figured that’s what we are. Two guys that are gonna go crazy and take it to another level. Once the rocket takes off, it’s a wrap. 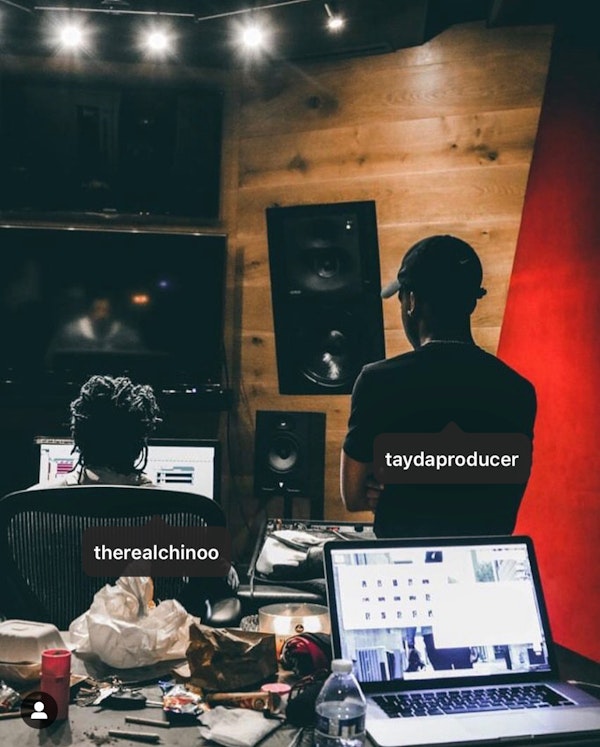 What do you want to accomplish in order for you to look back and say you made it?

It seems like your placements are primarily Hip Hop and R&B. Have you done any Pop or EDM records?

We did a couple of records with Iyaz in Florida. He’s a dope pop star, he actually taught us a lot when it comes to melodies.

Have you two considered putting out your own producer-led album?

What’s the craziest thing that’s happened in the studio with one of the artists you’ve worked with?

I’m not about to name drop and all that, but one of the artists came with a tiger. No BS.

I feel like I can guess who but for the sake of not naming names, I’ll keep my guess to myself. Wow.

Yeah, came to the studio with a tiger. That was crazy. It was just walking around, he was petting it. It was kinda fire.

Was it well behaved? I mean obviously-

Yeah. It was chilling. I’m not going to lie, I would get one. It was hard.

Now I gotta ask – Tay Keith has been taking over the last year. Everyone has been raving about the fact he was still in school and making beats for Drake, Lil Baby, and Gunna. For you guys, you chased your passion. Do you ever look back and regret the route you went?

It’s crazy because we went to school and our first placement with Kodak was while we were in school. It’s tough but there’s no excuse for it. Manage your time and find the balance. Sacrifice, you gotta make it work. 24 hours a day. We don’t regret anything. 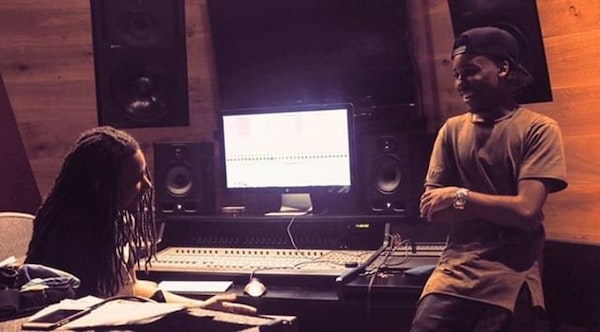 How do maintain your passion with the music?

How important is sampling to you two?

Man, we make our own samples. We aren’t the sample guys.

What’s the reasoning for not using them?

Clearance! Less money! You short your cut when you have to pay for them. Nah it’s a case by case thing. If it’s something that’s gonna make or break the record then yeah, we’ll use a sample. As far as when we’re making beats, we literally try to stay away from it. But if someone asks us to incorporate it and that’s what they wanna do then we’ll make it work.

What are some things you could improve on, production-wise?

Everything. Just in general. There’s always room to learn more stuff in your craft. There’s no limit when it comes to knowledge. If we had to pick one we’d say arranging.

What are your thoughts on how fast the music industry moves nowadays? Do you feel the pressure to create more beats because so much comes out?

It’s not necessarily more, but the quality of them. If we can get on an album and our beat is on the best song, that’s good for us. And then two weeks after if it’s the same thing, that’s a plus for us. It’s not a matter of how many beats we have everywhere, but the quality. As long as it’s better than our last beat.

I’ve got a great feeling about 2019 for these two. They exude an important level of self-awareness and combine it with a hunger for improvement on a daily basis. Clearly, Dreamville took notice, as they invite the duo to their Revenge sessions where some magical collaborations surely occurred. They say the sky is the limit, but when you’ve got two skilled pilots guiding a rocket ship there’s no telling the depths they can go.

Here’s to more placements on #1 albums and domesticated tigers. You do what you want when you’re popping. Oh, and they wanted me to absolutely shout out their IGs. Follow them at @theatomixmusic, @therealchinoo, and @taydaproducer.