The Art of the Incomplete Song

Let’s first clarify that there is no real authority on what makes a song complete or incomplete. Whether a song is a minute long or 10 minutes long, if an artist feels it is finished to their standards then that 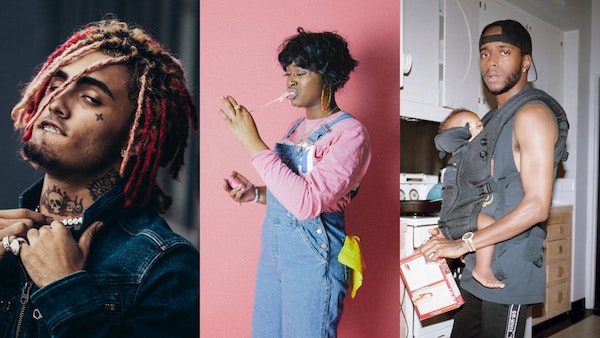 Let’s first clarify that there is no real authority on what makes a song complete or incomplete. Whether a song is a minute long or 10 minutes long, if an artist feels it is finished to their standards then that is their right. Art is subjective, after all. However, there is a standard song structure, typically multiple verses with hooks and bridges in between, that has long existed and been abided by tons of artists.

Despite this prevalence, there are some artists who in creating their albums or tracks have found that they only need a minute or so to convey a specific message. Short, simple songs with repetitive hooks and phrases or just one long verse deviate from the norm and have created conversation. That reality has grown increasingly as of late, especially for artist Tierra Whack on her latest album Whack World. Let’s not ignore the interludes of the past, though, and take a dive into the art of what some may call “incomplete songs.”

Whack World, released in May 2018, is 15 songs and precisely 15 minutes in length. Yes, that means every song is exactly one minute long. The evolution of technology has afforded humans the ability to consume news, music, and hilarious videos instantly. However, because so much is being thrown at us, our attention spans have significantly gotten lower and lower. Sitting with an album that is more than 30-45 minutes nowadays can almost feel like a chore unless it is an artist you immensely like. So is this really about just the art form or playing to people’s attention spans to ensure your project is taken in holistically?

In rap, singing, and country-inspired sound Whack World tackles a lot for the Philadelphia native. The album and its accompanying visual illustrates her insecurities, life hardships, the mourning of loved ones, and health. Each song combines strong beat loops and creative flows that entrance you, but right when you begin to settle into a song it ends. Many of the songs end in the middle of phrases that feel they were intended to be a full line or even in the middle of words. This tactic allows them to function similar to cliffhangers in movies that will lead to sequels and so on, only the subsequent films don’t respond to the previously unanswered questions. Instead, they add new ones. This album aligns well with the experimental angle she has taken in her career, but it also can very well be deliberate manipulation of the listeners’ psyche.

This generation likes to have the answers presented to us, but an album like this does nothing of the sort. When we realize the answers aren’t going to come easy, we then seek them out, and that lends itself to much replay value for this collection of songs. There are likely a ton of theories about the intent or narrative of the album, and that only furthers its consumption and discussion surrounding it. That’s what art is all about.

Interludes tend to be a bit more straightforward. They feel like minute-long streams of consciousness. Take 6LACK‘s “Thugger Interlude” from recent studio album East Atlanta Love Letter. One minute and 12 seconds in length, it comes on the back half of the album smack between the uptempo single “Switch” and the Offset-assisted “Balenciaga Challenge.” It’s the valley between two hills. He takes a slow ballad sounding beat and sings about his inner conflict with R&B music as it takes him to somewhere dark. As a result, he bumps trap music and names Young Thug specifically. The irony and coincidence here are that he says all of this over an R&B track.

There’s no real complexity here, but it feels cathartic for the rapper-singer. The message could have likely come across in a song made up of standard structure, but something about the length and deviation of what he did makes it feel rawer. Almost as if he didn’t want to feel constrained by making a full song to say what he said. It is entirely possible that many artists share that sentiment, and there are indeed many songs out there that arguably could’ve benefitted from being curtailed.

Drake‘s “Jorja Interlude” from 2017’s More Life takes on a similar, free form. A bit longer at one minute and 48 seconds, he reflects on his approach at that stage of his career, his exhaustion with the haters, and the inconsistent loyalty of people in one free verse. The track’s placement between the high energy “Passionfruit” and “Get It Together” with Jorja Smith and Black Coffee serves as a reset button before Drizzy goes back into his Caribbean vibes for three consecutive songs. The wordplay and cadence go hand in hand with the beat, making it a standout lyrical performance from the album that some felt should be a longer song.

Drake, given his stature as an artist, can drop off a track where he performs as he did here and leave fans wanting more. As it stands, it is just enough, but people saw the potential and wanted more. Now, short songs or interludes and the desire for more can be mutually exclusive. There is the possibility that one can do too much on an incomplete song.

Lil Pump‘s “Gucci Gang” took 2017 by storm, earning the label of shortest track in length to reach the Top 10 of Billboard’s Hot 100 since 1975. It is known for his continuous use of the phrase “Gucci Gang” totaling 53 repetitions. Aside from the barrage that is the chorus, Pump spits one verse that only differs from the flow of the chorus due to the actual words he says. It is a straightforward song to learn the lyrics to, thus even easier to get stuck in one’s head. The song requires no in-depth analysis, and it shouldn’t come as a shock that Migos’ own Quavo helped write it, given his affinity for memorable lyrics often due to repetition, catchiness, and his use of autotune.

The beat certainly knocks, rendering it difficult to not acquiesce to the overall energy. Lyrical or not, the Florida rapper created something that undeniably found its way into many people’s heads. While Pump’s effort comes off as lacking creativity, the legendary Earth, Wind & Fire oozed ingenuity on one of their most timeless pieces of work.

“Beijo aka Brazilian Rhyme” is one minute and 22 seconds of sonic excellence. It comes off their Brazilian-influenced eighth studio album All ‘N All. The bright, feel-good track features the group spewing some excellent intangibles that could be likened to the McDonald’s jingle, but way funkier. There’s no real message here, just homage being paid to Brazilian guitarist Milton Nascimento and the members of the group flexing their vocals. It feels like they recorded themselves warming up before a session in the studio, and then put music behind it.

At this time there was no streaming algorithm to manipulate or effort to be a household name with a catchy phrase that would be seen and heard all over. Instead, it was merely a good sound that they felt fit with their album and the fans would enjoy. Given how the song is still relevant today, the mission was accomplished.

For whatever reason artists do it, there is some method to their madness that is songs lacking an element of their typical format. Whether it is to incentivize listening to your project in its entirety, clearing your conscience, changing directions on an album, or just making something everyone can sing along to, songs like this have proven to be effective.

There are dozens of examples throughout music’s history, and the unique part about it is every artist will likely have a different story as to why they made their own incomplete songs. A different motivation, a different thought, or a clear desire to take a “risk” such as this. The beauty of this art form is that there is no clear-cut right or wrong way to participate in it. When done right, a song will impact listeners regardless of its length.